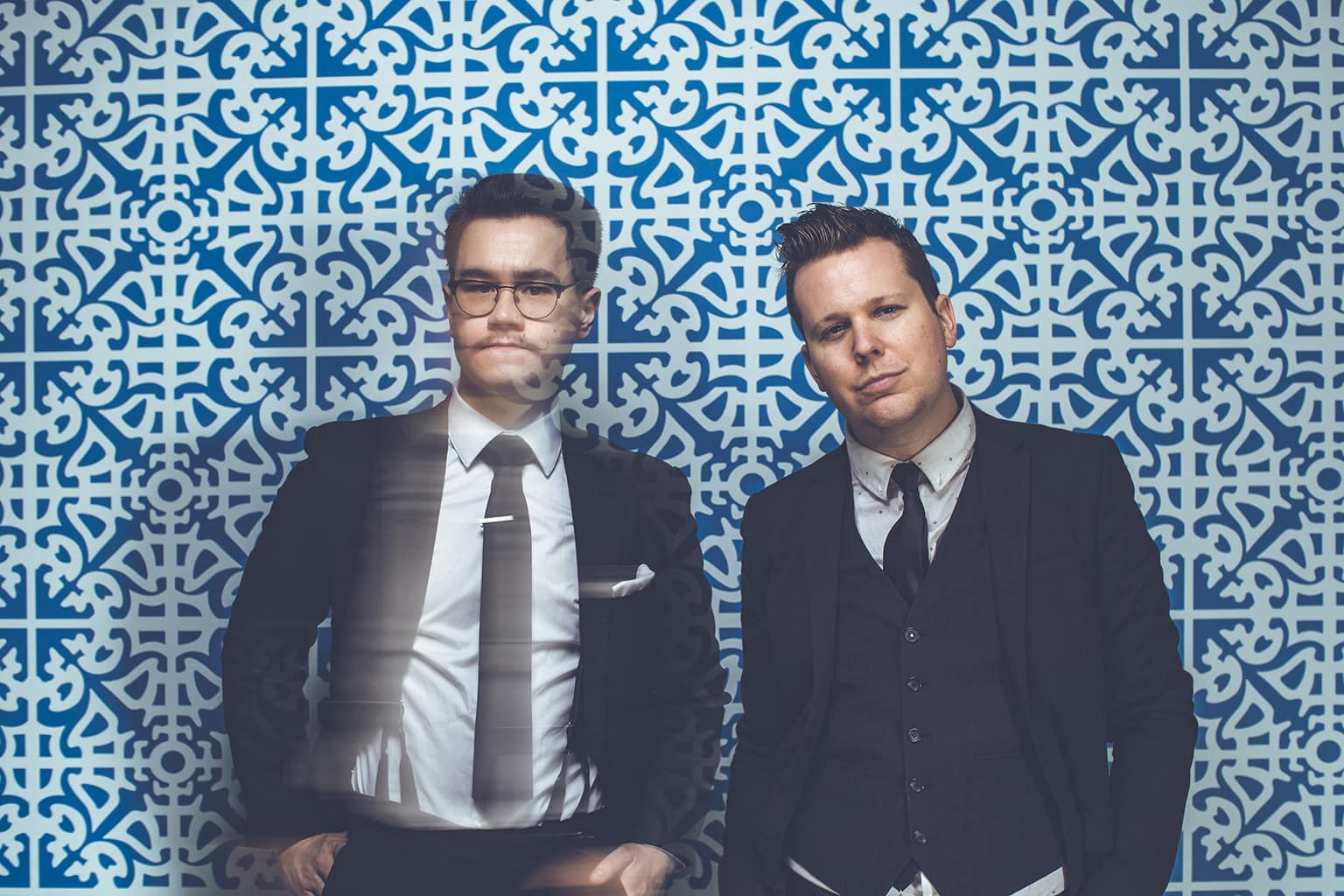 The noisy Atlanta duo ‘68 shared the latest single “Bad Bite” from their highly anticipated full-length album Give One Take One, due out March 26th via Cooking Vinyl. The high energy track weaves dizzying riffs between the band’s colossal guitar tones and Nikko Yamada’s precision drumming. The accompanying music video was painstakingly hand drawn and animated entirely by vocalist and guitarist Josh Scogin (The Chariot, Norma Jean), mixing in subliminal notes from his 2020 experience. In true ‘68 fashion, the single and visuals are swaggering and raw, pulling the listener in with blistering instrumentals, Scogin’s one-of-a-kind delivery, and plenty of fun.

Their third record, Give One Take One, was produced by the Grammy-winning Nick Raskulinecz (Foo Fighters, Rush, Alice In Chains), and is the group’s boldest and biggest effort to date. During a time of uncertainty, ‘68 completed the album with Raskulinecz, only to return a few months later to record their previously released EP Love Is Ain’t Dead (2020) when their touring plans with Korn and Faith No More were derailed by the pandemic. Ahead of the release on March 26th, Give One Take One is available for pre-order here and “Bad Bite” is available to watch here.

Speaking on the creation of the video, Josh Scogin says:

“The “subliminal” messages are actually what became kind of like a journal for me. A bit of a “dear diary” during the 2020 year of lemons. My computer is old and slow so I had to work on this video in small little, 3 second chunks each so, there was one moment that I assumed it would never actually be released to the public, but I had to finish it because I made a promise to myself a few years back that if I start something, I have to finish it. So anyway, I just started writing whatever I felt at the time (I think at one point I have some Star Wars references because I was making my way through each of those movies), and I also started writing the date on it somewhere each time I worked on it. Once I was basically done with the animation, I put it all together for the first time and bounced it down (it took an entire 24 hours to render it down) and I was so stoked. I knew I wanted it raw, and I wanted my “mistakes” to shine through (to rebuttal how perfect, pristine, and fake everything seems to be these days.). I wanted it to be HUMAN but before I actually placed it all together, I just thought it wasn’t going to actually work. Once I was able to see it all it blew me away. I love it.”

How much noise can two people make? ‘68 is the sound of simultaneous implosion and explosion, of destruction and creation unbound. These are songs that could almost fall apart at any moment, yet never do, devilishly dancing between life and death. It’s a primitive impulse delivered with postmodern purpose; a blacksmith’s resolve with an arsenal of electric distortion and raw nerve.

Josh Scogin kickstarted his small band with the big sound in 2013, naming the two-man outfit he modestly undersells as “a little rock, a little blues, a little hardcore” after his father’s old Camaro. And there’s a muscle car-sized rumble beneath the hood of what the Atlanta, Georgia native and his percussive partner-in-crime, Nikko Yamada, unleash with an array of guitar, bass, drums, keys, and pedals, careening between swinging barnburners, wild haymakers, and moody atmosphere.

The ’68 roadshow has taken them from Moscow to Tel Aviv, across Europe and Australia and all-over North America, often splitting up 20-hour drives between the two guys. The passion, the hunger, the good humor, it all connects with diverse crowds. Deliciously stripped down and vibrant, ’68 excels in intimate environments, to be sure, but is no less unignorable on giant festival stages or on the road with Bring Me The Horizon, Stone Sour, Beartooth, Avatar, August Burns Red, The Amity Affliction, and Underoath, where they’ve earned new converts every day.

In Humor and Sadness, the first album by ’68, debuted at No. 1 on the Billboard New Artist Chart. Two Parts Viper followed in 2017. “[‘68] bring the noise in the most righteous ways, caring less about the scene they came up through, the bloodless drivel that passes as ‘indie’ and the boring earnestness currently permeating ‘punk,’” declared Alternative Press. “Two Parts Viper is the best record of the year. Throw a copy in my casket, because I’ll never be done listening to it.”

Grammy-winning producer Nick Raskulinecz (Foo Fighters, Rush, Alice In Chains) became a believer after just a few songs of a ’68 set. On Give One Take One, crafted with Raskulinecz in Nashville, the band’s high-intensity bombast threatens but never swallows the underlying groove.

With the same spirit of scrappy “winging it” and punchy minimalism that powered the Flat Duo Jets and The Jon Spencer Blues Explosion, ’68 push forward the pure rock traditions of audacity and disruption. Scogin gives everything to the microphone as if singing to redeem his soul. He wields his guitar and keys like weapons, pulverizing away any false pretences. It’s about the riff and the kick. It’s immediate. It’s alive. And it’s fun. Sweaty catharsis, cutting missives, surrendered by ’68 as if the world depends on them. Because in ’68, less is more. Oh, so much more.