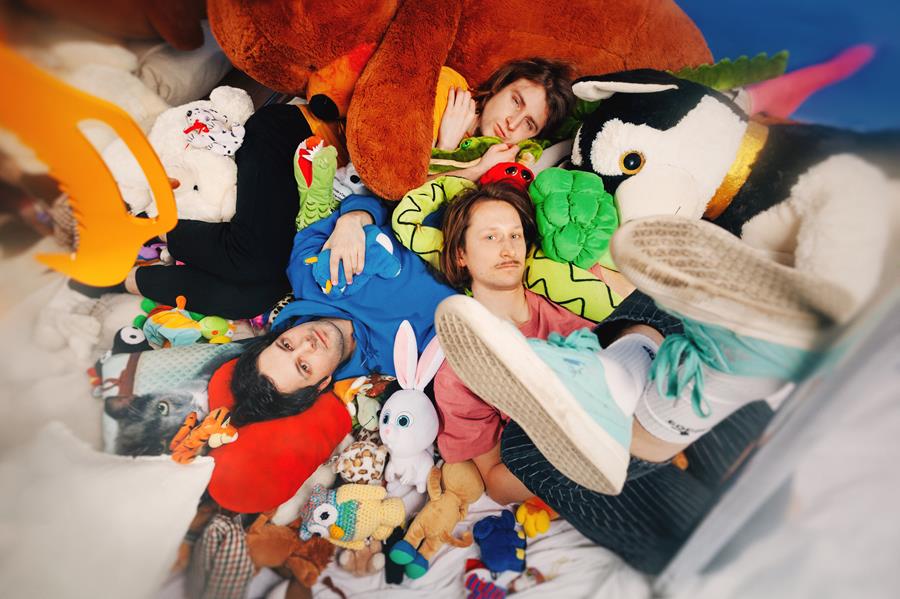 Berlin power-trio Pabst are today sharing the video for brand-new single Skyline, a track that was born from their frustrations with living in a city that is being rapidly gentrified. In what they describe as a “post-grunge hymn” on which their rage is manifested in a muddy, fuzzed-out wall of distortion, they bemoan being priced out of their own town, and condemn homelessness, greed and profit. Pabst, being three of a dying breed of non-riches in their city, are watching the development of theirs and other cities in disbelief, with Skyline erupting into its hook, “This city is no place for losers like us.” The band explains further.

“Although more than half of the world’s population lives in cities (and the trend is rising), they seem to be becoming more and more hostile places as they increasingly develop into “locations”. Especially in Berlin, where we come from, we have noticed vast changes in this direction in recent years. High fluctuation determines the cityscape and the housing market, with more and more furnished apartments being built. If you want to live somewhere, you often have to compete with hundreds. Houses classified as dilapidated will be demolished or fully renovated (’cause otherwise the price will not rise).

Nobody who owns the apartments really lives in them: students live there who stay in the city for a comparatively short time, tourists stay there for whom the apartments are converted into holiday homes, and above all; for people who can afford it. Everyone else has to move out of the city to where it’s boring and cheap. You know that, it’s nothing new. And, of course, this affects not only living space, but also the rest of the infrastructure. Many clubs and other cultural venues have to close because their rental contracts are passed on to the highest bidder, or because of a few residents who seemingly realized too late that the city apartment is not a country house by the lake.”

Watch the video below or stream on DSPs here.

After releasing the critically acclaimed debut album Chlorine, playing too many gigs to count, supporting the likes of Bob Mould (Hüsker Dü) and Kadavar on tour – as well as making over 30 festival appearances in 2019 alone – Pabst return in 2020 with the announcement of their new album Deuce Ex Machina for release June 19. Lead single Ibuprofen was accompanied by visuals reminiscent of classic ’90s MTV music videos with pastel-grunge scenes, directed by Constantin Timm. Watch Ibuprofen HERE.