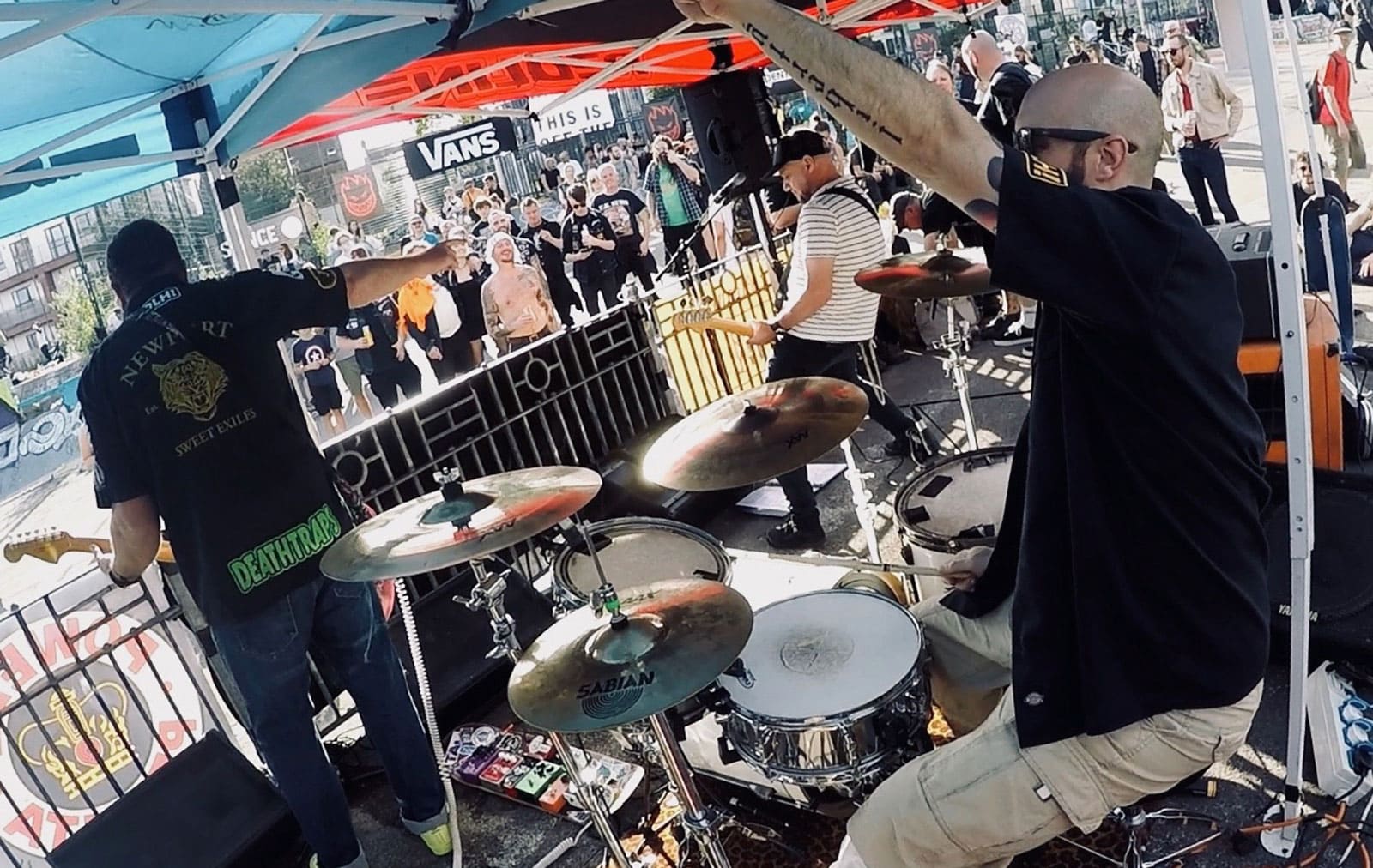 Deathtraps ‘Double B Side’ now available over on Bandcamp HERE

The Deathtraps have just released ‘Double B Side’, two hard and fast tracks previously only available with pre-orders of their third full-length album ‘Deathtraps Stole Your Rock’N’Roll‘ and an accompanying video for ‘Go Fast‘.

“These two tracks originally came on CD-R that we gave away with the pre-orders of our latest album, so we thought we’d give them an airing digitally for the people who have since discovered Deathtraps. They didn’t feature on the album as we had no space left on the record, but we really liked the songs and wanted to get them out there for people to who missed out in March. We thought why not drop a few tracks for a few pence to help fund album number four.”

You can still get your hands on Deathtraps 3rd album, ‘Deathtraps Stole Your Rock’N’Roll‘ on CD & dirty black vinyl HERE

“2020 has been a shit year for everyone, and us not being able to gig is nothing compared to the difficulties faced by so many people. We had the feeling in March that this year was going to be impossible for gigs to happen with all the restrictions, and despite only having just released an album we’d decided to make a start on the follow-up album. Despite various local restrictions interrupting our time in the practice room we now have 16 songs demoed for the next album, which we are hoping to start recording early in 2021.”

“We’d like to thank everyone who’s picked up a copy of Stole Your Rock N Roll on vinyl, CD and digitally this year. You’ve made us feel very special!

Deathtraps are the sound of full throttle, turbocharged, foot to the floor rock’n’roll destruction played with wild abandon and nicotine-stained middle fingers flipped.

If you like your rock and roll dirty, nasty and scuzzy, with that underlying punk edge, you will love what Deathtraps are offering.

These guys might be actual maniacs. Most of their songs are about killing people, and they sound fairly committed to the concept. But all the gore and guns and bloody spittle is wrapped around tight, buzzy, high-velocity junk-rock that sounds sorta like the scariest dudes in town jamming on Chuck Berry tunes, so fuck it, let the murder and mayhem ensue.

You can find them at:

or listen to them at: