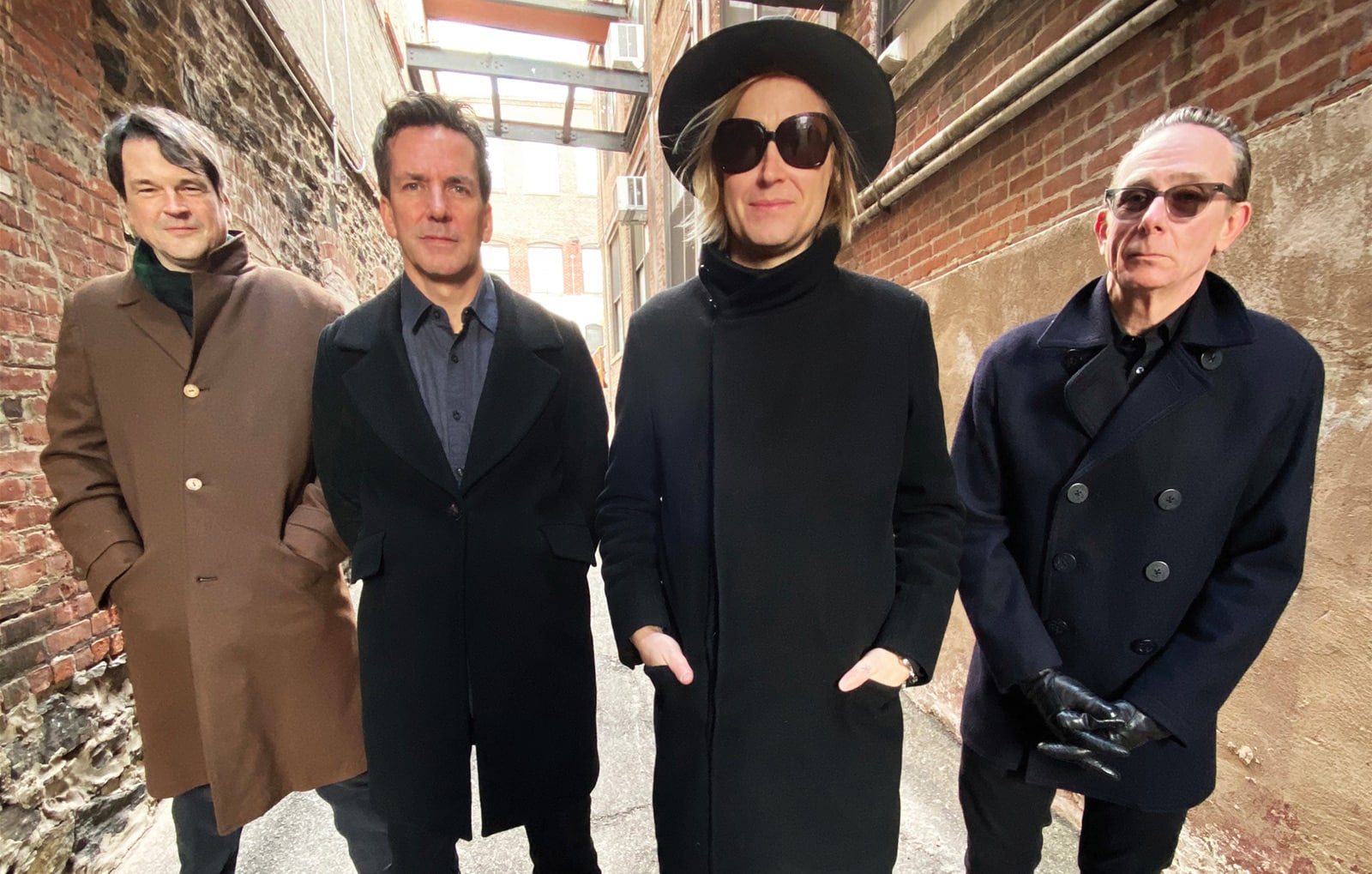 “I love the EP format,” explains guitarist/vocalist Brian Baker. “So many of my favorite bands growing up (Damned, Clash, Black Flag to name a few) issued EPs between albums, and they were always special to me. They came in all shapes and sizes, and they were comprised of songs that were available nowhere else. Sometimes these records teased the style and sonics of a bands’ forthcoming full length, sometimes they were complete departures that sounded like different bands entirely! In all cases they were records that made me feel closer to the bands, giving me a window into what was coming next or what they did when no one was looking. The ‘Fake Names EP’ was recorded in this spirit.“

The EP features 3-tracks, including the standout “Running” which vocalist Dennis Lyxzén describes as the contradiction of “the love of music and living a life on the margins of pop-culture and making that your own.” Lyxzén adds that, “Growing up as a restless soul and outsider few things defined and saved me as much as music did. Specifically, punk and hardcore. It explained alienation and my constant need to go against the herd and to break free from expectations and paths not chosen by myself. The inherent paradox of my life is of course my innate love for all things punk and my constant need to move and grow and change and try new things. Something that punk not always embodies”

In early 2016, Brian Baker and Michael Hampton met up at Hampton’s Brooklyn home to play some guitars and see “if anything shakes out”. Friends since first grade, the two guitarists ended up writing four songs that day, and closed out the session deciding to continue the collaboration and get a band together to play the songs live as soon as possible.

Baker and Hampton recruited Johnny Temple (another elementary school alumni) to play bass. Later that year while Baker and Temple were performing at Chicago’s Riot Fest, they ran into Refused frontman Dennis Lyxzén (also on the bill) and spontaneously asked if he’d be interested in joining their new band. To their amazement, he said yes. The band gelled, and they started to record music that winter, resulting in the bands 2020 self-titled debut record co-produced by Hampton and Geoff Sanoff (A Perfect Circle, Jawbox).

Since then, the band has been working on new material and is pleased to offer a glimpse with their new 3-track EP.

1. It Will Take A Lifetime