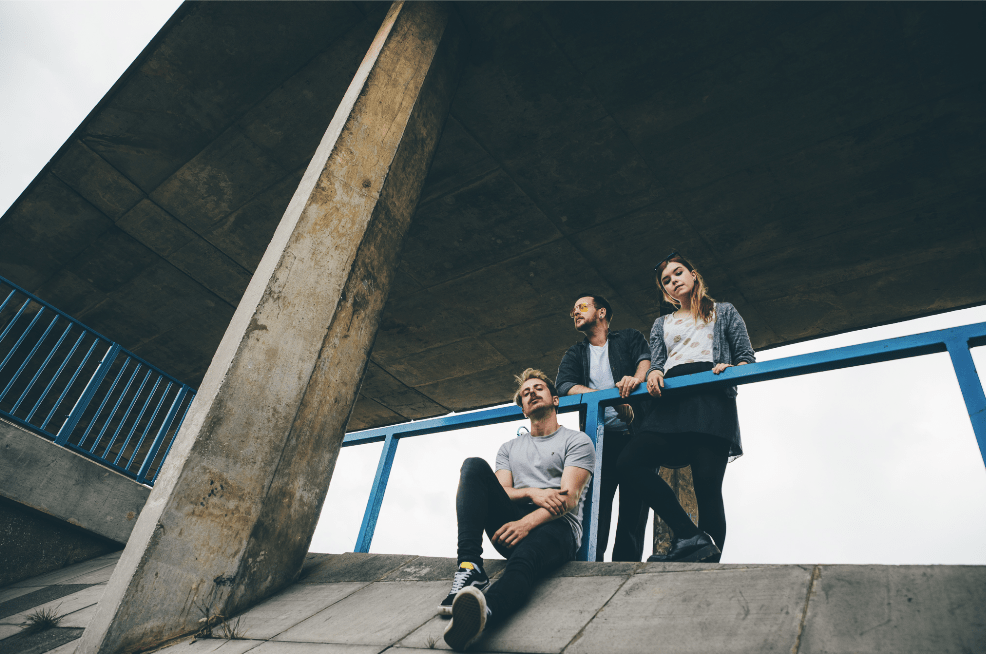 Following the postponement of live dates due to COVID, two of Alcopop! Records’ brightest young things, label-mates FALSE ADVERTISING and DITZ, are pleased to announce a rescheduled May/June 2021 run of UK co-headline tour dates next year to celebrate the long-awaited return of live music following the pandemic.

Original tickets for the new dates remain valid, with tickets on sale 10am Friday 13th November 2020, available at the following link: https://linktr.ee/ditzband

Alongside the news, DITZ are pleased to reveal a very special live performance video for their recently-released cover of Peaches incandescent anthem ‘F*ck The Pain Away’.

Commenting on how they’ve been dealing with lockdown, the band said: “For a while we took refuge in our local pub to practice, so we decided to have our good pal Jay film some of our rehearsals. Over the last few months we’ve been spending our time writing new material that we can’t wait to road-test.”

“We recently played a socially distanced show at The Dome in Brighton and it really got us hungry for the stage again. We can’t say that we didn’t miss being 2 feet away from the audience though. That’s something we’re really excited to have again on this tour.”

With both bands hotly-tipped by the likes of BBC Radio One, BBC 6music, Radio X, NME, So Young Magazine, Loud & Quiet, The Line of Best Fit, UPSET, DIY Magazine, CLASH and more, the forthcoming 2021 tour dates will be one of the first chances to catch two of the most anticipated and talked-about new bands in the UK together on the same bill, sure to be an unforgettable way to kick off the resurgence of live music.

Purchase tickets for all shows at: https://linktr.ee/ditzband

FALSE ADVERTISING released their critically-acclaimed debut album Brainfreeze in 2019 via Alcopop! Records, following a run of successful independently released singles and EPs, and were recently hailed by Kerrang! Magazine as “a grungy noise-pop trio reinvigorating the old school vibe of US alt-rock”.

Like many others, the band had the rug of a jam-packed festival season pulled out from under them this year, but consoled themselves keeping busy during lockdown by appearing in Jamie Lenman’s latest video, and playing various online festivals including DORK Magazine’s Homeschool and 2000 Trees’ 2000 Screens. They also recorded a series of livestreamed covers for their ‘Ice Cream Sundays’ series, featuring tracks by Arcade Fire, Grimes, Deftones, The Cardigans and St Vincent.

Recently releasing their 5 Songs EP with Alcopop, for the past year Brighton hardcore-influenced post-punks DITZ have been riding an effusive wave of press and radio support for their searing string of abrasive early singles including ‘Seeking Arrangement’, ‘Gayboy’, ‘Total 90’ and ‘Role Model’. Their notoriously riotous live shows are fast becoming a thing of legend, and the band are chomping at the bit to get back to live performances.