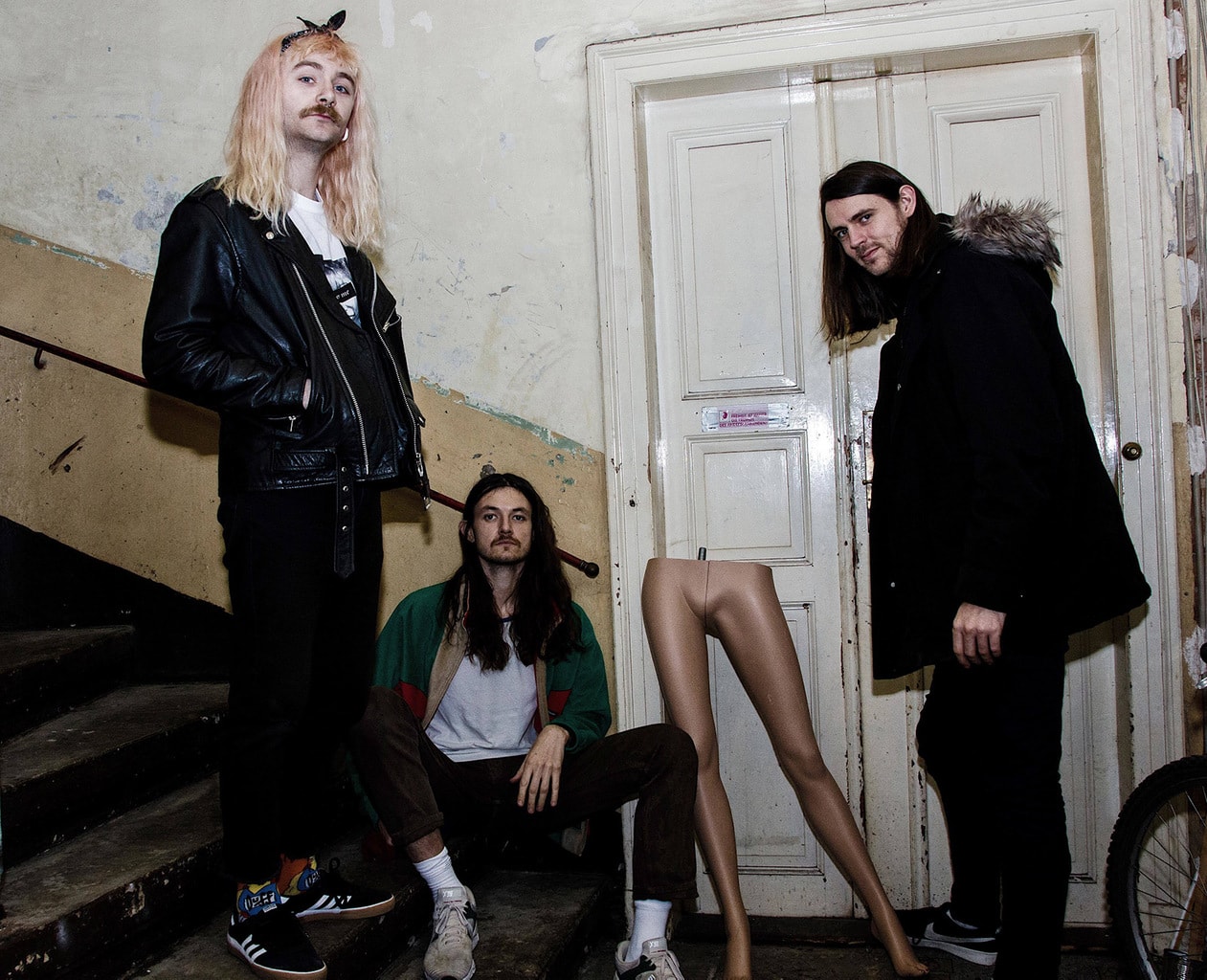 Brighton indie punk trio GENDER ROLES return with double A-side single ‘Dead or Alive / So Useless’ via Big Scary Monsters. The first new music heard from the band since the release of their stunning debut PRANG, GENDER ROLES kick off 2021 with two sing-a-long anthems and some much needed positivity.

Following the premiere of ‘So Useless’ on the BBC Radio 1 Rock Show on Sunday 31st January, the video for ‘Dead or Alive’ has been unveiled today. Watch above.

‘Dead or Alive / So Useless’ will be available tomorrow (3rd February) on all digital platforms. Stream here: https://orcd.co/deaduseless

“‘Dead or Alive’ and ‘So Useless’ are tracks that came together just after writing PRANG, they feel to us like a stepping stone between PRANG and the new record we’re working on so it made sense to give them their own special release. The songs were originally supposed to be released in 2020 but who gives a f*ck about that stupid year anyway? 2020? Never heard of it. We’re SO stoked to get this new music out into the world right now, we were lucky to spend a lot of 2020 working on new music and there’ll be plenty more from us before the year is out!”

‘Dead or Alive / So Useless’ will be available on a limited 7″, which is set for release on 26th March on two variants. An aquamarine variant is available to pre-order exclusively via the band’s Bandcamp from Friday 5th February at 8am: https://genderrolesuk.bandcamp.com

The other is a Seafoam 7″, only available to subscribers of the Big Scary Monsters Legends vinyl subscription service, as their bonus 7″ in March. More info here: https://bsmrocks.com/products/subscription-box

Following their near sold-out UK headline ‘PRANG Tour’ at the end of 2019, GENDER ROLES were set to head out on an extensive UK / European headline tour in 2020, along with scheduled appearances at Download Festival and Reading & Leeds, which were cancelled due to the pandemic. The band turned their focus to new material and have written some of their finest work to date, so expect to hear a lot more from this energetic trio very soon.

Forming after a chance initial meeting at drummer Jordan Lilford’s Brighton Pride party in 2015, GENDER ROLES, also consisting of guitarist/vocalist Tom Bennett and bassist Jared Tomkins, found that Brighton’s DIY scene was the ideal hub to cut their teeth and allow themselves to grow as a band. The inspiration and ethos they could draw on in those early days has been integral to the act they’ve become.

While the coastal city remains the band’s home, it cannot be said to have contained them. Gigging throughout Europe and the States, packing out tents at festivals such as 2000 Trees, and sharing the stage with heroes from Jamie Lenman to Touche Amore and Pup, GENDER ROLES have built on those early foundations to amass a growing fanbase, drawn to their melodic grunge/punk and dry, candid sense of humour.

Documenting that growth have been the band’s two EPs released so far, 2017’s Planet X-Ray and 2018’s Lazer Rush. While the theme for those EPs was “overcoming the past and looking forward to the future together”, the new, debut album, PRANG, focuses on much more immediate issues, even if it did come from a particularly happy place for GENDER ROLES.

2021 sees GENDER ROLES return with a new double a-side single’Dead or Alive / So Useless,’ with more new music planned for later in the year.