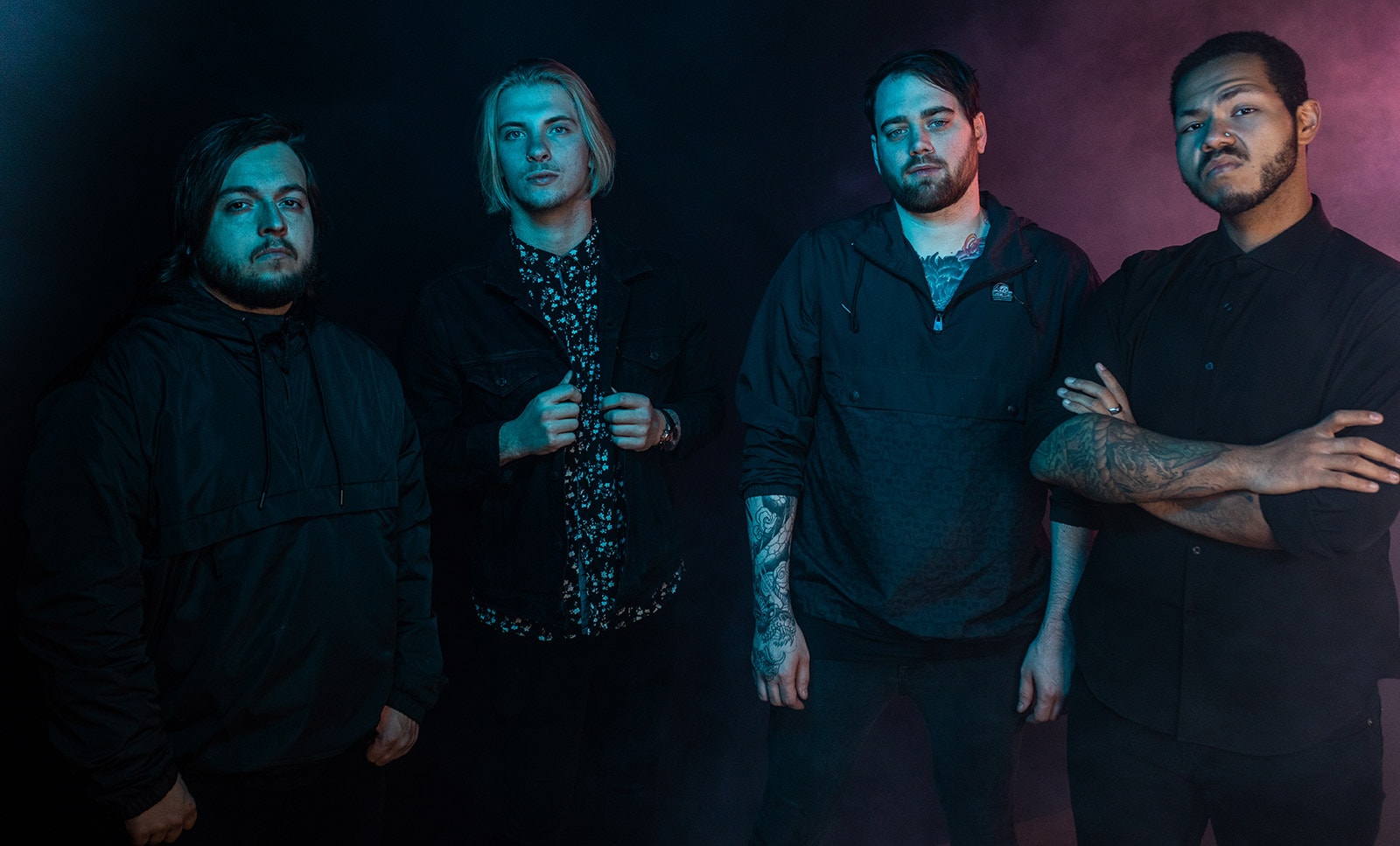 After announcing their signing to UNFD at the tail end of 2020, rapidly rising US metalcore outfit Hollow Front are stepping into the new year with ‘Loose Threads (Reimagined)‘. Today’s release finds the four-piece stripping the track back to its acoustic bones and completely amplifying the emotional heart cry within.

“‘Loose Threads’ was the manifestation of a plea/cry towards my best friend succumbing to his mental illness, and almost ending his life. The song was written to express the wave of emotions I felt while reading what could’ve been his last texts, and trying to do everything in my power to get him to hold our bond strong enough to reconsider his decision.”

He explains that the decision to make a ‘Reimagined’ version of the track came from the desire to portray a softer, but more haunting side of both the song and the band themselves. “We thought that creating this rendition would open up the ability for people to connect with our music on a deeper, more intimate level, and experience Hollow Front in a more vulnerable setting, artistically,” he says.

Paired with its new music video, the arrival of ‘Loose Threads (Reimagined)’ follows the band’s latest release ‘Wearing Thin’ (listen/watch HERE), released alongside their signing in December. Both tracks will appear on the special re-issue of Hollow Front’s acclaimed debut album Loose Threads, released for the first time on vinyl via UNFD next month.

The arrival of Loose Threads in June 2020 saw Michigan locals Hollow Front declared an immediate must-watch, clocking over 1 Million streams in its first week and 5 Million+ in a matter of months. Offering a moment of reprieve from the outside chaos and a reminder that we aren’t alone, the release of Loose Threads has positioned Hollow Front on the tip of a global breakout.

Musically, the album summons the heaviness of names such as Wage War and The Ghost Inside with the melodics of the likes of Polaris. While thematically, Loose Threads touches on incredibly dark personal experiences, Hollow Front assert that this record is a crutch for anyone overcoming something. Vocalist Tyler Tate declares: “I think it’s very symbolic of the lone wolf breaking free, free from whatever it is holding him back from chasing whatever his heart desires.”

Hollow Front join a huge crop of North American talent on UNFD’s roster, with recent additions including ERRA, Frank Iero, Silverstein and Like Moths To Flames, on top of the likes of Stray From The Path, Silent Planet and LIMBS.