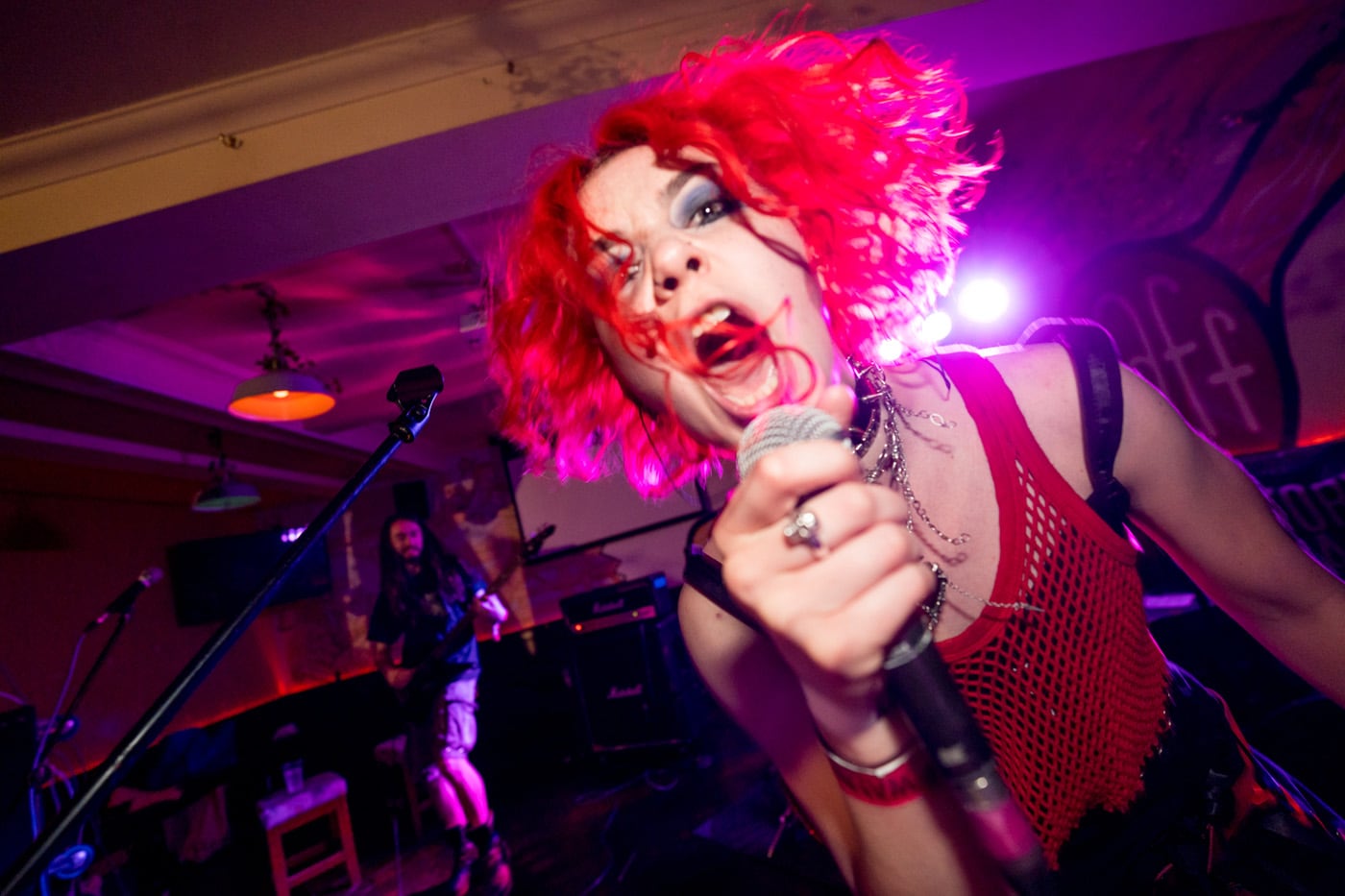 Rising rebel girl Bex makes her mark at The Great Escape Festival with a short but oh-so-sweet set.

She may have been born the decade after the original movement died, but Bex is a daughter of Riot Grrrl through and through. She makes zines. She writes her own material. She plays a bass with a strap covered in Elmo red faux fur. She’s got the choppy haircut and bitter conviction of a member of Babes In Toyland wrapped up in the “fuck around and find out” attitude embraced by so many Gen Z-ers. All in all, she’s not the kind of artist you’d expect to just sit on a barstool singing pretty little songs, especially not at a festival like The Great Escape where, for a glorious long weekend, the eyes of the music industry are laser-focused on Brighton.

With the bigger venues booked out by the labels, alternative bands had to get creative with where they played this weekend. It’s a good way to find the hidden gems of the city; I trekked up hills to tiny pubs I’d never heard of only to be greeted with the weirdest and most wonderful event spaces I could conceive of. North Laine Brewhouse is better known for its brunches and an ominous tab on its website talking about axe-throwing than for its music, but it’s certainly got the capacity for artists to let loose in, and Bex used every inch of the space she could get her hands on. After the fearlessness she showed on her opening song ‘Stamp’, using her platform boots to embody the title all across the stage, the crowd were more than happy to part to let her storm through.

We knew from her popularity on TikTok that Bex was more than comfortable in front of a large audience, but the rebel girl can command a room’s attention with a speed I’m genuinely not used to seeing. She projected confidence through her entire set, her aura of bristling confidence never wavering even in a crowd of mostly new fans. I was half expecting deadly silence from the crowd when she asked us to let loose for the aptly named burst of maniacal energy that is ‘Freakout’, but on the contrary, it was the first sign of a headbang from a crowd who’d mostly heard sweet singer-songwriter tracks at the venue that day.

Bookending her set with two of her most frenetic punk-rock tracks, she made sure to match the punchy sound of her music with tracks that let her truly unleash her fiery presence. This came through most clearly on her more overtly political tracks like ‘Bite My Tongue’, during which she dashed into the audience to really spread her message of unapologetic self-esteem to the masses. Latest single ‘Tiptoe’ was similarly justified in its anger, trading the playground insults of ‘Hazmat My Arse’ for complexly crafted verses on growing up fearful of predatory men’s advances and the victim-blaming that follows.

It’s awful that she’s already got enough experience on the topic to write songs about it, but so so cathartic to hear her challenge the idea that she ought to smile and play nice.

Taking influence from her love of renowned bands Rage Against The Machine, Paramore, System of a Down and The Pretty Reckless, BEX has the hairs on your arm rising with her distinctive brand of angsty punk-rock.

Starting out as a bedroom project in the summer of 2020, BEX decided to take her love for rock music that inch a bit further by picking up a bass and playing covers of her favourite riffs on instagram. Starting off with a mere 2,000 followers at the beginning of the year to a skyrocketing 35,000 by the summer, it’s fair to say BEX has an impeccable vision and is on her way to an ascending journey through the music industry.

Now onto a staggering 60K+ followers across her Instagram, Facebook and TikTok it’s fair to say BEX has a comfortable string of fans surrounding her. Making pals with not just her fans, but musical creators too as BEX has spent her summer laying down some face-melting riffs and rousing, call-to-arms choruses with collaborators including WARGASM, and playing live streams for IKEA/Live Nation and eMusic.

Her debut track“Tiptoe”, sees BEX bring her vision to new heights with a stomping first release of the year. 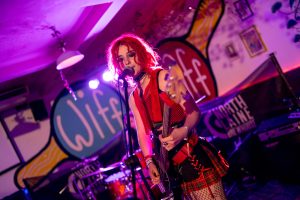 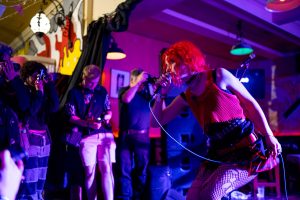 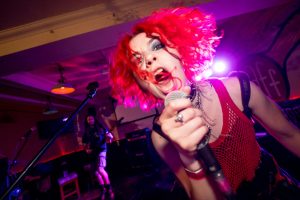 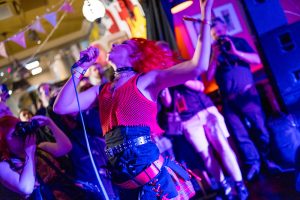 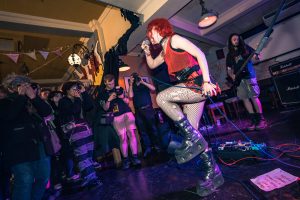 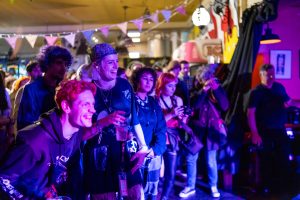 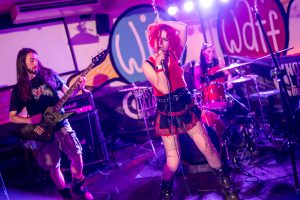 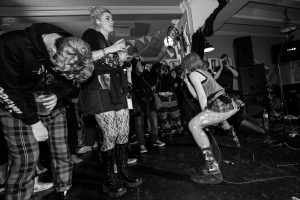 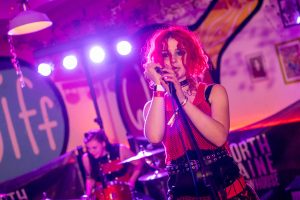 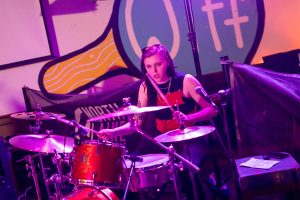 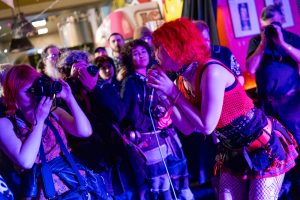 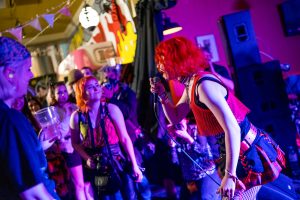 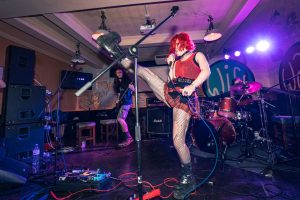 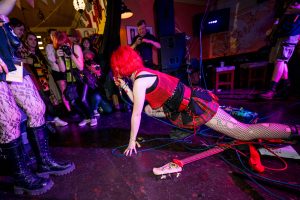 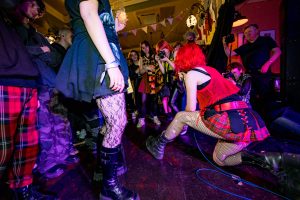 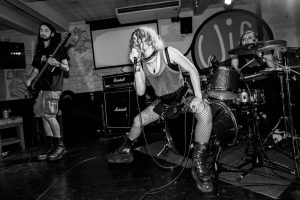 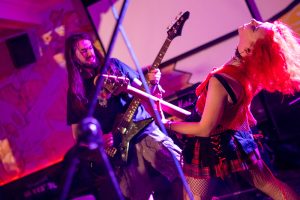 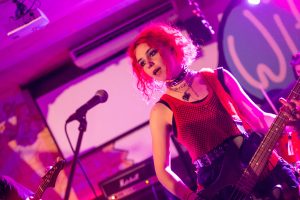 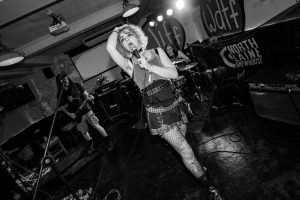 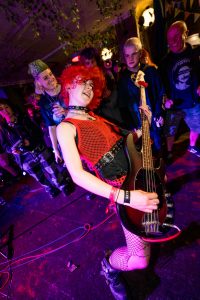