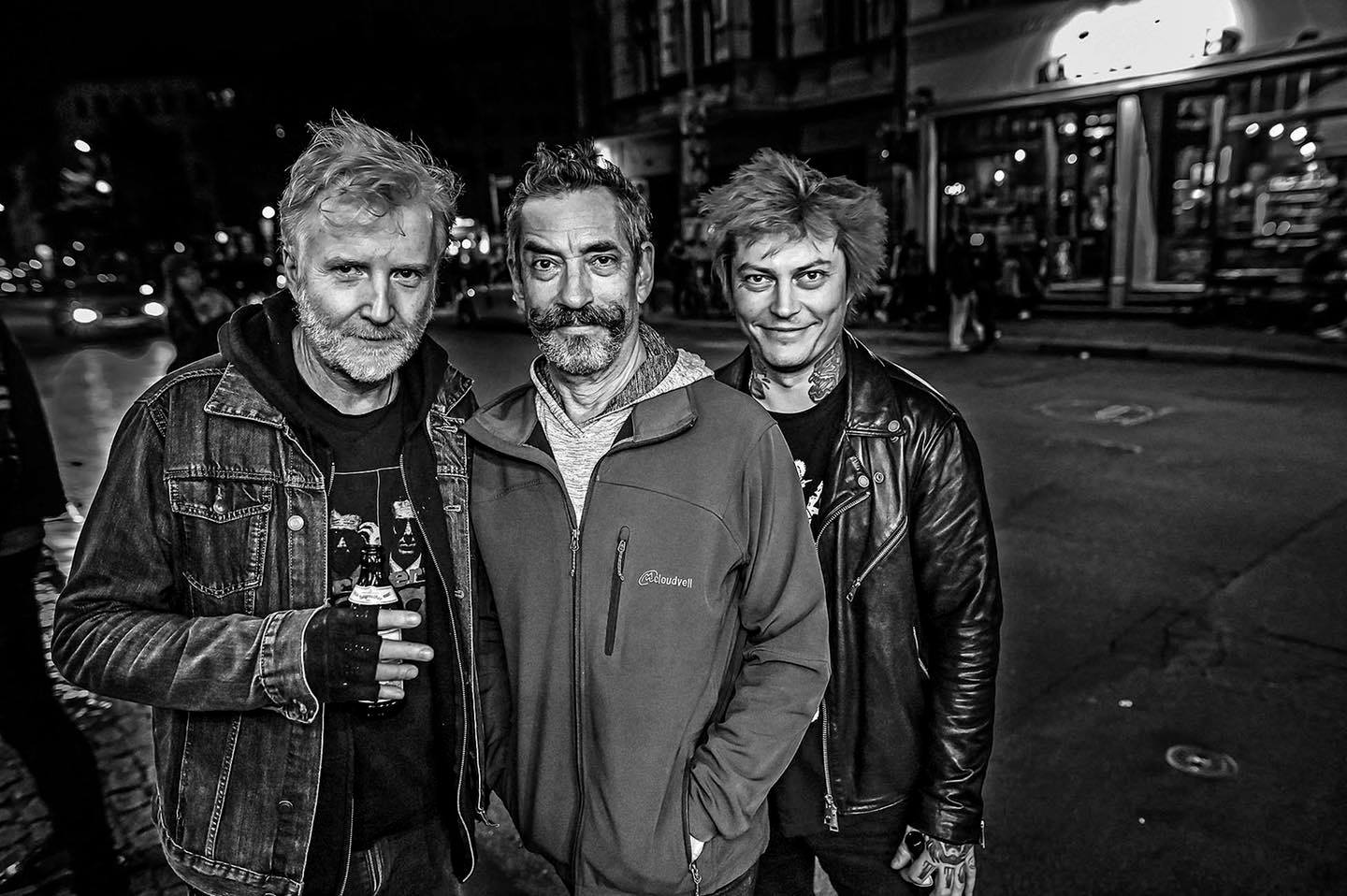 featuring members of Hüsker Dü, UK Subs and The Mahones

UltraBomb, the eagerly anticipated international supergroup, have now arrived bringing together three iconic musicians from the cream of punk rock. On bass is the legend that is Greg Norton, once the driving force behind one of the most influential bands to emerge from the American punk scene, Hüsker Dü. Next up is the indefatigable singer-guitarist Finny McConnell, a name you’ll recognise from thirty years as the frontman of the Canadian Irish folk-punk sensation The Mahones. Completing the trio is the drumming powerhouse Jamie Oliver, having served well over fifteen years in the seminal British punk band UK Subs, as well as shorter stints with the likes of SNFU among others.

UltraBomb formed in July 2021, and just two months later they travelled from their respective homes in the US, Canada and the UK to record their killer debut album ‘Time To Burn’ in Berlin, Germany. With a DIY ethic and a love of classic punk, the band wrote and recorded the ten-track LP in just four days. UltraBomb’s debut single ‘Stickman Vs. Hangman’ dropped in February 2022 to a crescendo of critical acclaim, and now the band are ready to follow it up with second single ‘Star’, a rousing, emotive song written for Greg Norton’s daughter, Coco.

“I dedicate this to my daughter, Coco,” explains Greg. “She inspires me every day. I wrote this for her. I want her to follow her dreams, and I feel she can accomplish anything if she is committed to it and puts her heart into it.”

The full album ‘Time To Burn’ will be available May 27th via UltraBomb Records. Pre-sale with limited edition colour vinyl is available now from the website at ultrabombmusic.com.

Alongside their album release, Ultrabomb is ready to get on the road, having partnered with some of the most well-respected agencies in the business including M.A.D. Tourbooking for Europe and Atomic Music Group in North/South America. Shows will kick off in March 2022 with a series of dates in Ireland and the UK, followed by gigs and festivals across Europe in July and North America in Fall. With plenty more in the pipeline for 2022 and beyond, keep tabs on their website and get ready for some incendiary live shows. Make no mistake, this band is pure pedigree.