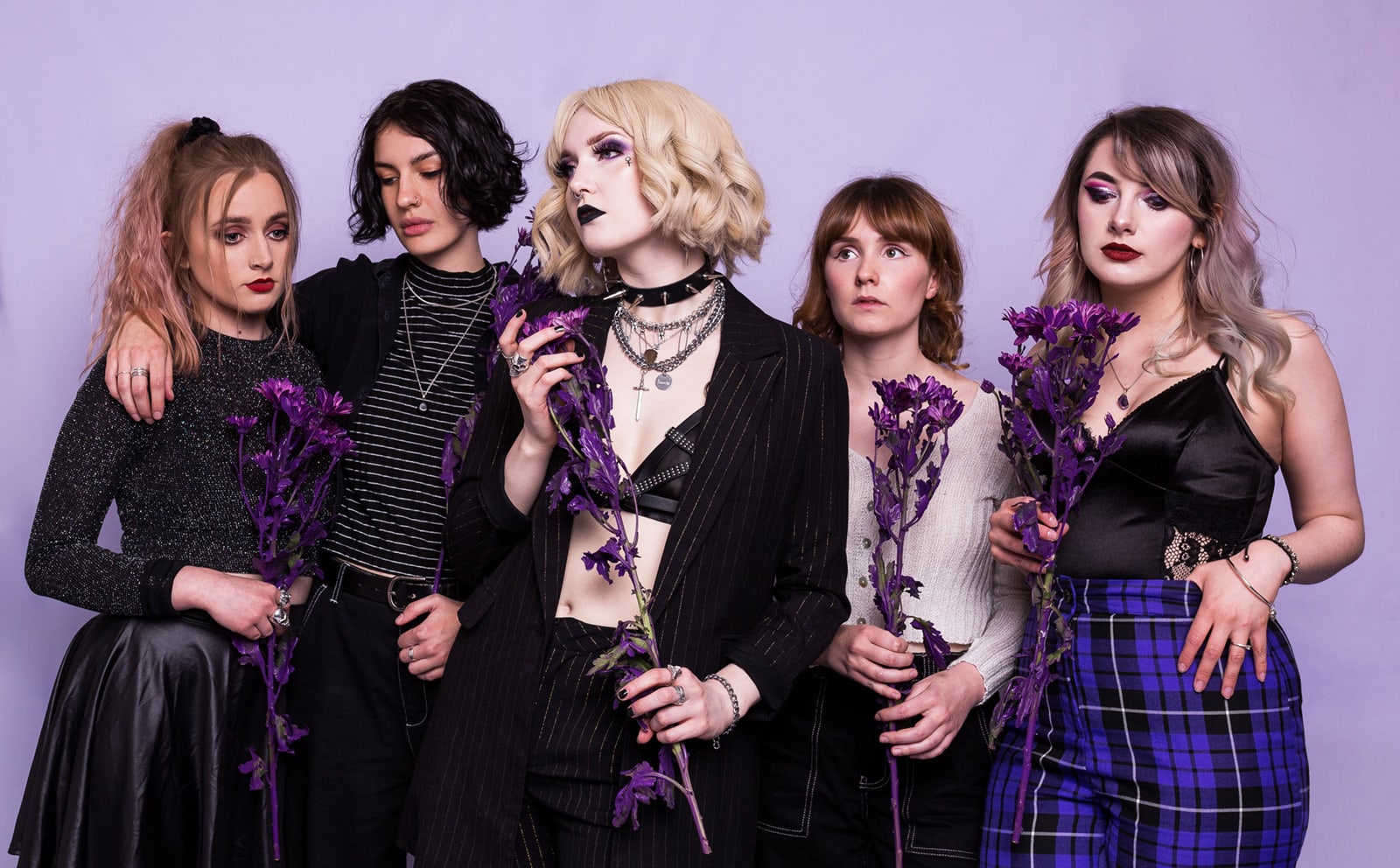 Continuing their onslaught of critically acclaimed singles, Leeds riot queens VENUS GRRRLS are about to unleash one of their hookiest singles to date. Harnessing their badass, girl-power attitude with grunge, punk and pop, they’re back with something special. ‘Hate Me’ lands on the 18th June via Monomyth Records.

Following on from the roaring success of ‘Goth Girl,’ a track that resulted in plays across BBC Radio 1, Radio X, 6 Music and many more, the 5-piece are continuing their pledge of female empowerment with another festival-sized tune.

“Hate Me’ began as a Garageband demo that was written during one of the lockdowns, where we really wanted to focus and hone in on making some memorable motifs and melodies. It’s got a pop edge that we’re really excited about, but feel it maintains all of the crucial elements of our original musicianship. The song can be construed in a multi-faceted manner, tackling once again similar issues that exist within our previous tracks such as Goth Girl and Deranged. An example of this being where women are continually judged for behaviours that their male counterparts are not judged for, and thus being looked at differently for no real logical reason. Correspondingly, Hate Me is delivered in a story-telling fashion that focuses on unsaid emotions between people, where there is a complete lack of communication about said feelings and happenings. It’s about the internal complexities this can cause, and explores the desire to have clarity and closure. It’s one of our more simplistic songs lyrically, but with the punchiness of the song we wanted there to be an uncomplicated and bold dialect alongside it.”

It’s easy to hear why VENUS GRRRLS have supported All Time Low, Anteros and Bloxx, as Grace ‘GK’ Kelly (Vocals and Rhythm Guitar), Jess Ayres (Lead Guitar), Hannah Barraclough (Bass), Grace Stubbings (Synth) and Gabby Cooke (Drums) are quickly turning industry heads as they gear up for a monumental year. Huge single campaigns and an even bigger tour and festival calendar soon to be announced, they’re going all in and would like every single one of you to join them.