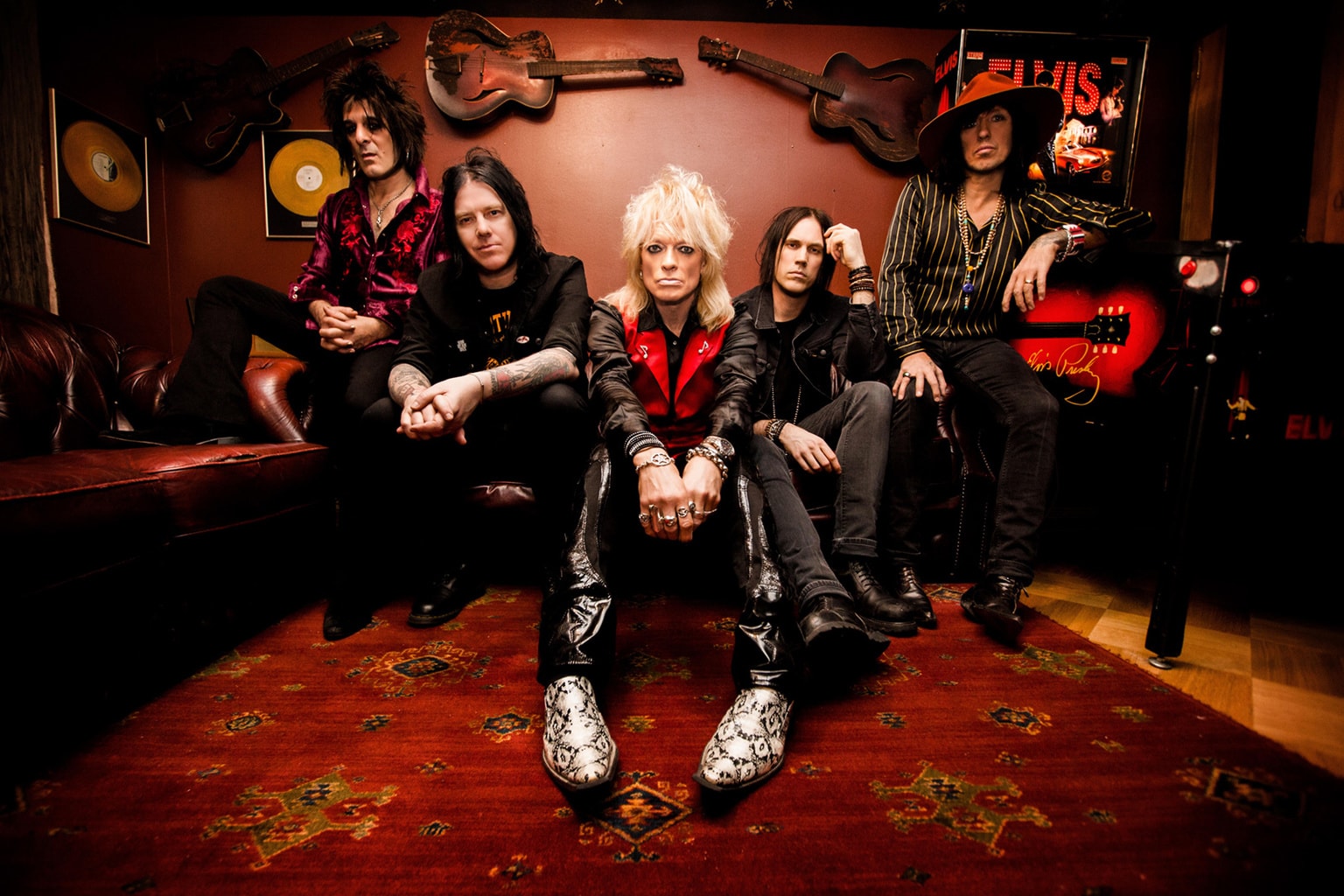 “I live too fast to die young, it ain’t nothing when your head’s screwed on,” roars Michael Monroe, the Crown Prince of exciting, electrifying frontmen on I Live Too Fast To Die Young, his latest slice of raw rock ‘n’ roll heaven, which is to be released by Silver Lining Music worldwide on June 10th, 2022. And let that be a victory cry of truth!

In an era where pandemics and war are seamless bookends to a continually crazy society, Monroe & co decided to get together in December 2021 to follow up 2019’s critically acclaimed One Man Gang, with 11 street-walking’, jive talking’, strutting ‘n’ swaggering procklamations that double down and deliver on that title.

At a time when fun has been hard to feel, I Live Too Fast To Die Young is lean, mean, raw power rock ‘n’ roll music, with cracking cuts such as ‘Young Drunks & Old Alcoholics’, ‘All Fighter’ and the punky fun of ‘Murder The Summer Of Love’ showing crisp electricity and melodies which wrap their shimmering selves around some razor sharp riffs. There are also expansive, Stones-tinged saunters such as ‘Can’t Stop Falling Apart’ and ‘Everybody’s Nobody’, while the title track takes aim between your eyes off a driving back-beat with a defiant chorus dripping with Monroe’s irrepressible attitude.

“This album has a great combination and balance of songs, and the collection tells a great overall story,” says Monroe, who became internationally famous as frontman of the enormously influential Hanoi Rocks in the early ‘80s, “it has a lot of colour and energy, and of course it is rock ’n’ roll, but punk is also always going to be a part of who we are, that will never die.”

With I Live Too Fast To Die Young, it is clear Michael Monroe is striding into the summer with a triumphant roar to offer you the real rock ‘n’ roll escape of 2022.

I Live Too Fast To Die Young will be available on CD Digipak, 12” Red Vinyl, Signed Limited Edition 12” Vinyl with Alternative Artwork, Digital Download, Streaming and special D2C bundles. Available to pre-order now at this location.

I Live Too Fast To Die Young Track Listing:

The band is due to appear on a string of summer festival shows and will be touring in support of the album on the following dates:

Mastered by Svante Forsbäck at Chartmakers

Neil Leyton – Additional backing vocals on ‘Everybody’s Nobody’, ‘Murder The Summer Of Love’ & ‘All Fighter’