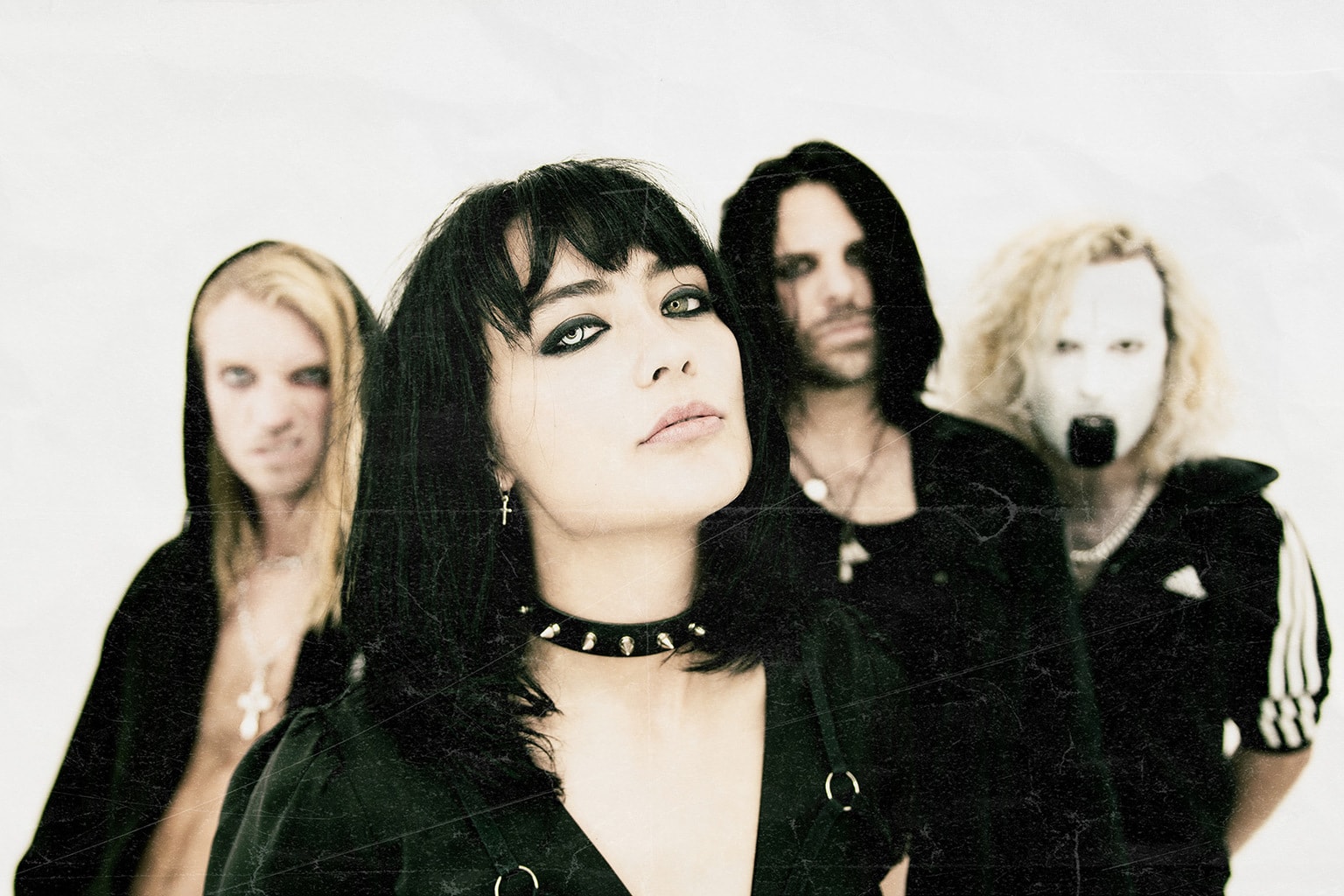 Looking to start the new year off with a bang? Saint Agnes have obliterated 2021’s starting gates with turbo-charged furore on their wicked new single ‘Repent’.

Taken from their hotly anticipated new mini-album, “Vampire” (out 26th March 2021), “Repent” rises from the ashes of instability, driven by a grievous desire for vengeance. A dark rumination on injustice, Kitty A Austen explains:

“Repent is a song born of rage. It’s the story of a fallen angel hell bent on revenge and retribution, and was inspired by being sick to death of people in positions of power getting away with nasty shit again and again and again. I think most people feel it, you look around and it seems like the ‘bad guy’ is always winning so the song is a blood-thirsty revenge fantasy about righting injustice.”

The mini album “Vampire” is a thing of beauty. One that sees Saint Agnes amp up their vivid storytelling once again, emboldening raw and visceral emotions to take on a life of their own. Physical copies of the mini-album (CD & vinyl) will feature ‘psalms’ – a series of meticulously crafted musical interludes that weave around the album, expanding and enriching the themes as they play out.

“Humanity can be too much sometimes: too desperate, too evil, too difficult to process, so we like to blur very real-world narratives with larger than life fictions in order to cope with the chaos of it all a little better.” – Kitty A Austen.

London based Saint Agnes are renowned for their visceral (and reckless) live shows, abandoning all concern for their personal safety and clambering around, all in the name of having a great time. Seeing as live shows are on hiatus for the moment, the band found a new way to shock during lockdown when filming a video for The Meanest Little Kid In Town taken from The Family Strange EP – watch here, as well as remixing tracks from PENGSHUi and CLT DRP.

Saint Agnes have already clocked up over 6 million streams on Spotify and pressings of their visceral Goth-western debut album Welcome To Silvertown and the follow-up EP The Family Strange have both sold out. A huge part of their appeal and what keeps their fanbase so loyal is Kitty and Jon’s world-building – they are, obsessively, in control of all aspects of songwriting, music production, video directing and artwork creation and this makes for an almost immersive fan-experience. Listeners are invited to lose themselves in an all-encompassing twisted, comic-book world. Saint Agnes also love to engage with their fans in creative ways, going as far as offering out their track Daughter of Lucifer to be remixed and received hundreds of submissions.