JOINED BY THE USED, THE WONDER YEARS, MOTION CITY SOUNDTRACK, HOT MILK & MEET ME AT THE ALTAR

Following an incredibly successful whirlwind weekend in Leeds and Hatfield earlier this month, Slam Dunk Festival have revealed the first wave of names for 2022. Post-hardcore icons Alexisonfire and longstanding punk rock legends Rancid are the first headliners to be announced, and will be joined by emo titans The Used, Philadelphian pop-punk kings The Wonder Years and beloved punk-pop favourites Motion City Soundtrack, UK new blood Hot Milk and international sensations Meet Me At The Altar.

Serving as the blueprint for modern post-hardcore, Alexisonfire are set to make their debut at Slam Dunk Festival 2022. Led by the contrasting powerhouse vocals of both George Pettit and Dallas Green, the Canadian quintet marry chaos, vulnerability, strength and sensitivity like no other band on the planet. Taking their home country by storm with their self-titled debut, the band quickly won over the international rock stage with relentless touring in the wake of their second album ‘Watch Out!’ and fanned the flames of their success with subsequent albums ‘Crisis’ and ‘Old Crows/Young Cardinals’ – all in the space of a decade before announcing the end of Alexisonfire in 2011. Platinum discography and multiple Juno Award wins aside, fans were delighted to welcome the band back in 2015 and were blown away by the release of single ‘Familiar Drugs’ in 2019. Kicking off 2020 with their latest single ‘Season Of The Flood’, Alexisonfire fans know that good things come to those who wait; their headline performance at Slam Dunk Festival will be a sight and sound to behold!

Emerging from the blue-collar swamps of Berkley, California, Rancid have now been a living, breathing punk rock entity for over a quarter century, and will make their Slam Dunk Festival debut in a highly-anticipated headline performance in June. Remaining fiercely independent throughout their enduring musical career, the band, as founded by Operation Ivy members Tim Armstrong and Matt Freeman, have never lost their loyalty to community or each other. Selling over four million records worldwide, Rancid are one of the most successful punk rock bands of all time, with time-spanning tracks like “Time Bomb”, “Fall Back Down” and “Ruby Soho” standing out amongst mammoth discography and making waves into the mainstream.

Utah’s noisiest sons, The Used, are emo rock pioneers, releasing an impressive collection of beloved albums including their self-titled debut, ‘In Love and Death’ and latest offering ‘Heartwork’. Making their Slam Dunk Festival debut performance in 2022 after scheduling conflicts took the band back to the states, their high energy live shows, gut wrenching relatable lyrics, and melodies that blend pop sensibility and hard rock have made them one of the most revered In the alternative music.

Originally confirmed to play Slam Dunk Festival 2020 before the coronavirus pandemic, both The Wonder Years and Motion City Soundtrack will be heading back to Leeds and Hatfield for a masterclass in long-standing pop-punk magic.

Fresh from the release of their debut EP ‘I Just Want To Know What Happens When I’m Dead’, Hot Milk are set to return to Slam Dunk Festival in June after a jaw-dropping first appearance in 2019. Hailed as pop-punk game changers already, Meet Me At The Altar will make their maiden voyage to Slam Dunk Festival in their first UK festival appearance, bringing huge tracks from their debut EP ‘Model Citizen’.

MEET ME AT THE ALTAR

Super Early Bird tickets will go on sale Friday 24th September at 9am until Thursday 30th September, and are £75*.

A limited number of VIP tickets will go on sale Friday 24th September at 9am, and are £129*.

Early Bird tickets will go on sale Friday 1st October at 9am until Friday 31st December, and are £79*.

General Admission tickets will go on sale from Saturday 1st January, and are £85*.

The Slam Dunk Festival payment plan will be available from Friday 24th September at 9am in order for those to secure their tickets to 2022’s event. It costs £19* to secure the ticket, with monthly instalments of £15 until the ticket is paid off. The total cost of the payment plan is £79* and the first payment must be made before 1st January.

For more information or to purchase both opening party and festival tickets, please visit www.slamdunkfestival.com. All ticket prices are subject to booking fees* 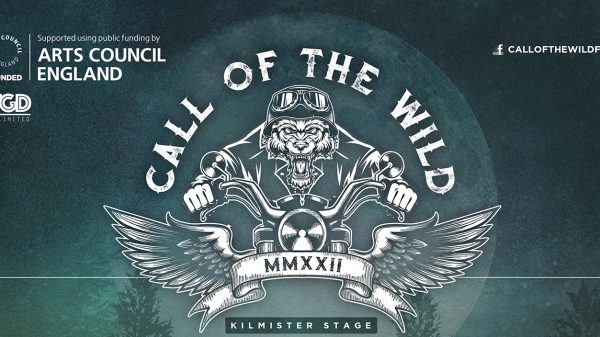 It’s Less than two weeks till the ‘CALL OF THE WILD FESTIVAL’!

It's less than two weeks to go until the Call Of The Wild Festival is finally set to howl again and shake the foundations...