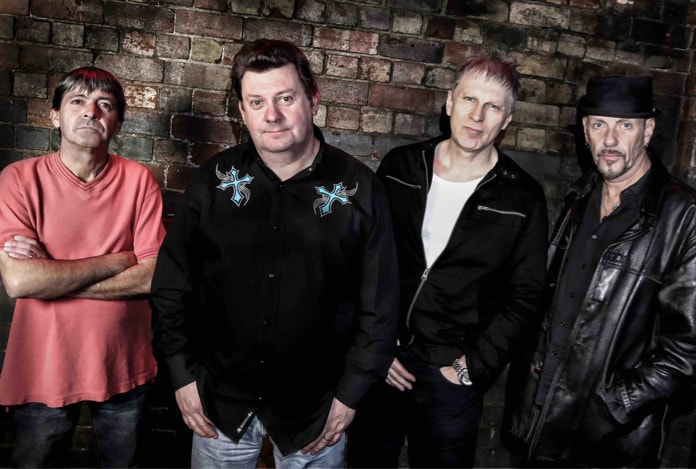 After the traditional and critically acclaimed run of UK dates in March, the band is back on the road in May and August to deliver their usual energetic and spellbinding performance to fans across the country. With a career spanning over more than 40th years, Stiff Little Fingers’ live shows always become something special and a unique event that never disappoints.

In addition to the live performances, the past 5 years saw Stiff Little Fingers release two records: their 10th studio album “No Going Back” in 2014, which showcases a band at the height of their powers, still able to capture the heart of the listeners with relevant topics and honest sound, reaching #1 in the UK charts; and a live album “Best Served Loud – Live At The Barrowland” in 2017, which immortalizes Stiff Little Fingers’ epic performance at their annual St. Patrick’s Day show.

Formed in 1977 in Belfast Stiff Little Fingers were among some of the pioneers of punk rock. Joining ranks with the likes of The Clash, Sex Pistols, The Damned, Buzzcocks, and Undertones they brought in a new era of music and they still persevere in keeping that spirit alive 42 years on!

Tickets available from all usual outlets.