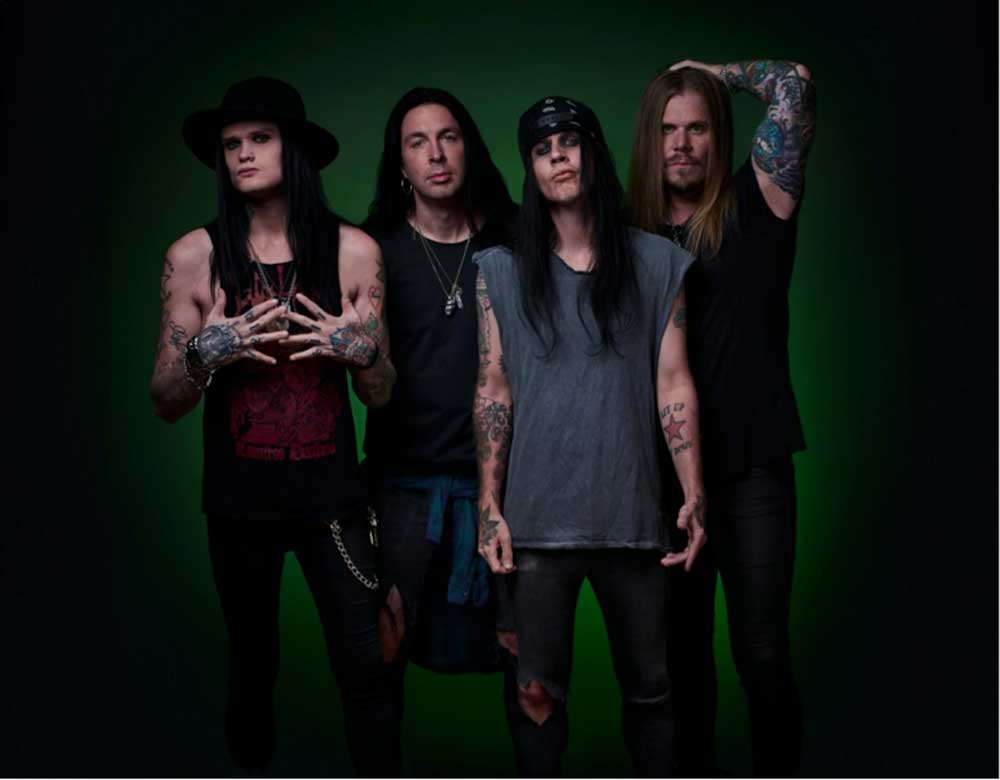 Their year started off with a bang as their talent was spotted by the eminent director James Gunn(Sucide Squad, Guardians of the Galaxy) who chose to place no less than three of the band´s songs in his major hit series Pacemaker.

This is off course only the beginning!

Celebrating late nights and bad decisions, because life, after all, is about having fun and making friends.

“Sunrise over Sunset is a tribute to the legendary Rainbow Bar & Grill in LA. It is a hangover anthem that makes you wanna keep the party going. A reminiscence of wild and crazy nights and a tribute to all things Rock n Roll!”

Sunrise Over Sunset is accompanied with a music video directed by Markus Undhagen will be available everywhere Feb. 15.

ABOUT THE CRUEL INTENTIONS:

The Cruel Intentions is exactly what you want and expect them to be; easy going, fast paced modern Sleaze.

The band plays around the esthetics of bands such as Guns ‘N Roses and Mötley Crue, and carries on the legacy of good old Rock ‘N Roll into the contemporary youth of today.

The songs are fast paced, humorous and at times really hard-hitting.

The result is feel good music with a fresh, original and modern expression, albeit strong roots in rock history.

Easy to love and to relate to.

The band was founded in 2015, by Mats Wernerson, Lizzy DeVine, Kristian Solhaug, and Eiliv Sagrusten who soon was replaced by Robin Nilsson on drums.

Lizzy DeVine lived several years in Los Angeles where he was the singer and songwriter of Vains of Jenna, a band that got their breakthrough the American era of Rock´n Reality tv with performances on shows like Jackass, Viva La Bam, and Kat Von Dee’s LA Ink.

This no-fucks-given culture has no doubt shaped DeVine and his attitude towards music that is also evident in The Cruel Intentions music.

THE CRUEL INTENTIONS ARE:

In this article:Hard Rock, Single, Sunrise Over Sunset, The Cruel Intentions, Video