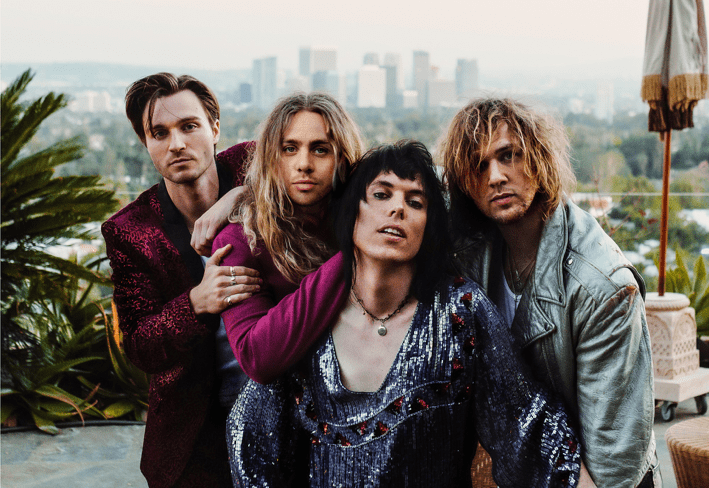 A tale of love lost and maddening lust, ‘I Hate How Much I Want You’ finds Struts frontman Luke Spiller trading throat-shredding vocals with Elliott to magnificent effect. Meanwhile, Collen unleashes his notoriously ferocious guitar work, a perfect counterpart to the track’s swaggering groove, thunderous drumming, and shout-along-ready chorus.

“I loved the sound of The Struts since the moment I first heard them so it gives me great pleasure that Luke and the boys asked myself and Joe to participate in some mutual, mischievous, explosive rowdiness,” says Phil Collen.

“When Luke called me up and asked if I fancied lending my voice to The Struts new album I said yes before I even knew what he wanted,” says Joe Elliott. “I’ve been a massive fan of the band since I first heard them so it’s not just a pleasure, it’s an honour to be part of this ‘born in Covid’ album, and what a song! Makes me feel like a kid again every time I hear it!”

Spiller adds, “Phil and Joe really gave the song so much personality to the point it sounds like a timeless glam rock stomper that your mum sang along to in the 70’s.”

With its high-voltage energy and massively catchy hook, ‘I Hate How Much I Want You’ is just one of several songs on Strange Days graced with an appearance from rock-and-roll royalty — an organic turn of events for a band who opened for The Rolling Stones before they’d even put out their first album.

On lead single ‘Another Hit of Showmanship’ (released in August), The Struts teamed up with Albert Hammond Jr of The Strokes, who adorned the song with his stunning guitar work. The majestic follow-up single ‘Strange Days’ features the unforgettable vocals of incomparable pop legend Robbie Williams, and is currently riding high on the Radio 2 playlist.

The follow-up to The Struts’ acclaimed 2018 album YOUNG & DANGEROUS, StrangeDays came to life over the course of a charmed and frenzied burst of creativity last spring. After getting tested for COVID-19, the band all moved into the Los Angeles home of producer Jon Levine and immediately set to work. Within just ten days of couch-crashing at Levine’s house, The Struts had laid down nine original tracks and a masterful cover of a KISS B-side: a lean, mean body of work that amounts to their most glorious output to date.

Mixed by Claudius Mittendorfer (Panic! At the Disco, Arctic Monkeys, Johnny Marr), the result is a powerhouse album that lifts The Struts’ glammed-up breed of modern rock to entirely new and wildly thrilling heights.

In this article:Def Leppard, I Hate How Much I want You, new single, Phil Collen, The Struts