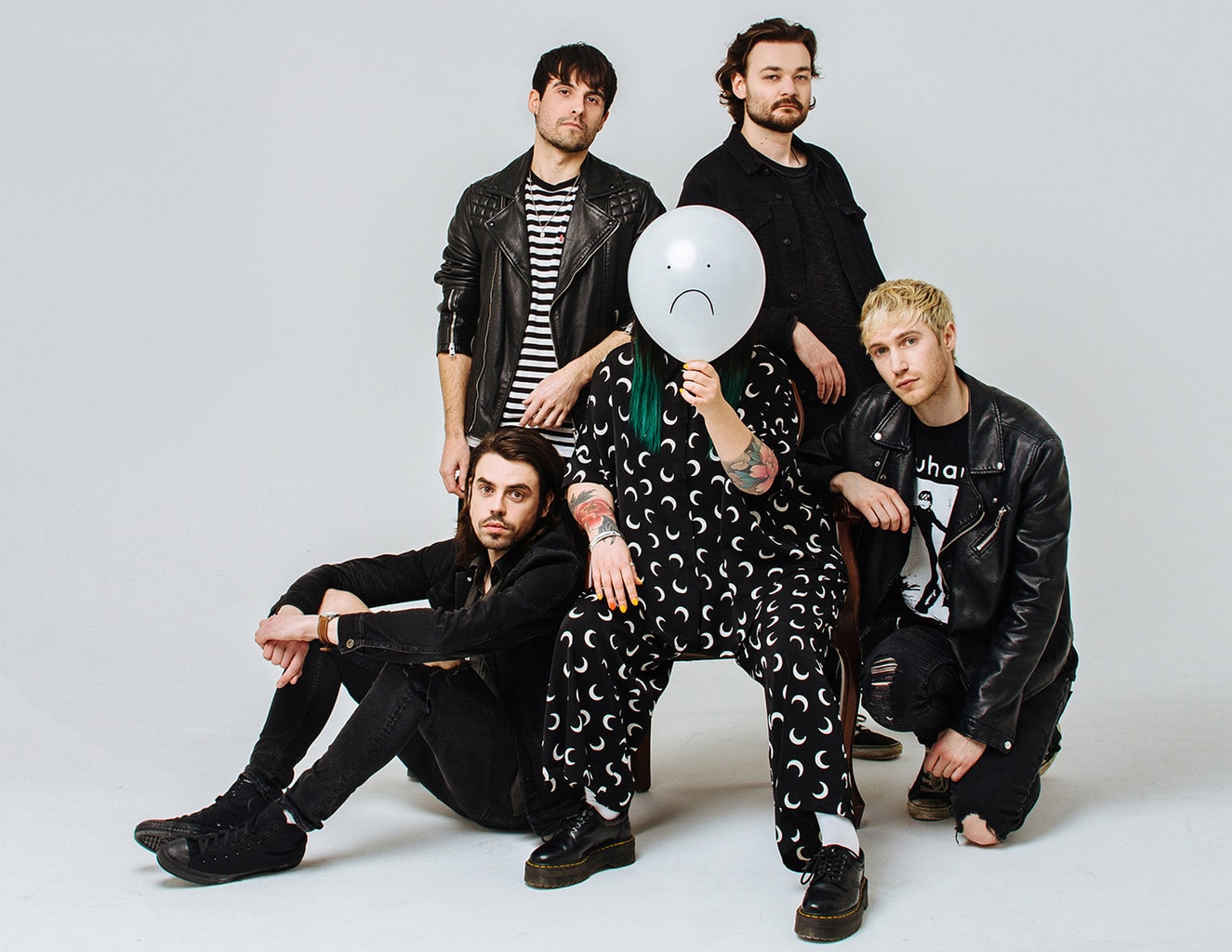 Recorded and produced at BLACK BAY STUDIO by Grammy award-winning engineer Adrian Bushby (Muse, Foo Fighters, Black Peaks, Everything Everything) and mastered by Harry Hess (Billy Talent, Architects); ’PURA VIDA’ holds a magnifying glass up at a world that values one-click filters over reality, and that celebrates youth and beauty above much else, highlighting and confronting the destructive impact of societal expectation. From the falsity of social media to external pressures on women’s bodies, ‘PURA VIDA’ delivers an unfiltered view of modern adult life while seamlessly combining elements of grunge, desert rock and indie as its backdrop.

“The album is about confronting everything you don’t like about yourself, turning it into something you love, and leading a pure life from there,” vocalist Katy Jackson explains, crediting its title to her trip to Costa Rica. Splitting her time between an isolated beach hut and the Central American jungle, it allowed her to truly disconnect. “That trip changed me,” she recalls. “It made me realise how I was so self-absorbed. It made me think I wanted to live a purer life.”

With that, ‘PURA VIDA’ is a product of experience. Not just an eye-opening trip abroad, but a collection of observations that younger artists could not land on. Speaking on their latest single, Jackson recounts “When the instrumental for ‘Disconnect’ landed in my inbox, I immediately started writing about how unplugged I felt from reality, I had experienced life at its fullest and most connected and then dumped back into such a lonely and isolated existence.”

Be sure to catch TIGRESS live on the following dates: