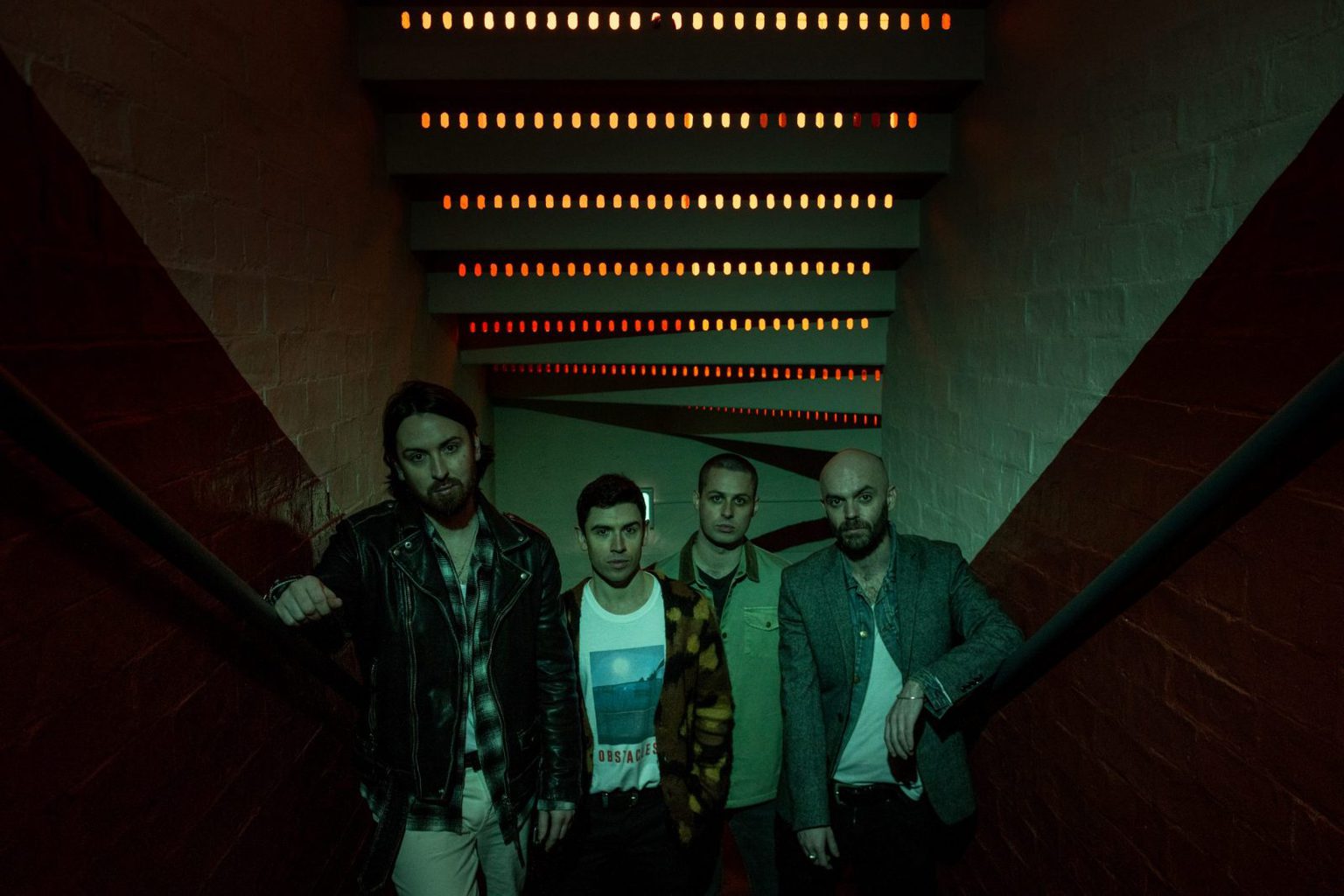 Tijuana Bibles are a lit match in an otherwise dark world. On March 26th, they return to a much darker state of affairs in the United Kingdom with new single “Human Touch”.

Taken from their highly anticipated new album, Free Milk (due 3rd September 2021), “Human Touch”  is the sound of sheer gut feeling put to tape. It encapsulates our collective mass deprivation of each other. It is visceral, unfiltered and above all things, human. The accompanying video was edited on an iPhone 6.

Speaking on the new single and the announcement of “Free Milk”, Tony Costello says

“Human Touch is about being disengaged from myself and others. I was sitting on the bus home through Glasgow, listening to a phone recording of a song we were working on earlier that week, which would become ‘Human Touch’. Looking out the window, people watching, I scribbled down the lyrics and quietly sang the melody into my phone.”

“That day it almost felt like I had been standing on a travelator, passing through all the fuzz and white noise of the city, before coming out the other side without noticing. It was just as lockdown came in and probably written from an anxious vantage point – heightened and dramatised lyrically – but as the year unfolded, it became true to life.”

“From the gutter, to the highest skyscrapers of our imagination, through the pounding noise of dystopian Britain, swimming in subconscious, displaced memories, in a life fragmented -All roads lead back to the human condition. Everything we do has a propulsive energy, ‘momentum’ was our mantra in the studio. We want the album to be transportive, we want you to lose yourself and come out the other side feeling different in some way.”

Signing to 7 West Music in late 2020, their previous single, ‘Stateless’ was the first piece of new material from Tijuana Bibles since 2017’s ‘Pariah’, which landed in IBERO 909 – Mexico’s biggest rock radio station’s top 5 tracks of the year.

Fascinated with life beyond their hometown of Coatbridge, Tijuana Bibles’ unique alchemy and prescribing charisma has charmed audiences around the world, making for an impressive touring history. Holding their own on support slots with Twin Atlantic and Clutch, their two-night residency at Glasgow’s King Tuts Wah Wah Hut became infamous and soon, the four piece were welcome faces in the dark basements venues of Berlin, Paris and Poznan. Festival appearances, punctuated by guerrilla gigs on the streets of their travels, include Reading & Leeds, Isle Of Wight, Spain’s Kutxa Kultur, Germany’s Reepbahn and Austin, Texas’ SXSW.

In this article:Human Touch, Tijuana Bibles