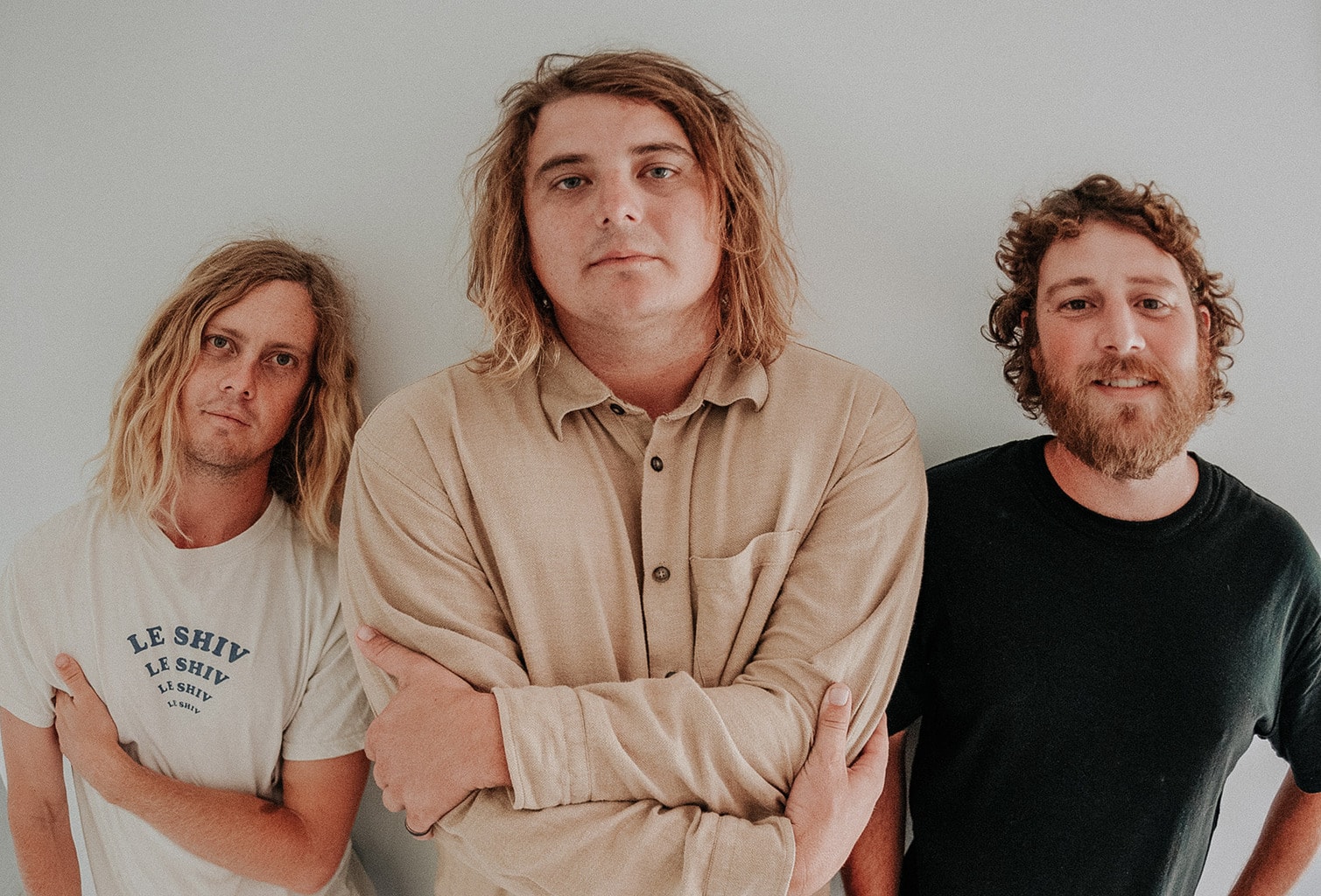 An adrenaline shot straight to the heart, Skegss share the album’s exhilarating first single ‘Valhalla’, alongside an equally madcap video directed by Jamieson Kerr, which stars the viking trio of Reed, Cregan, and Lani enjoying a gluttonous feast before their own massacre; listen at all DSPs HERE.

Featuring a trippy cover by cult Aussie outsider and frequent Skegss collaborator Jack Irvine (who has also worked with Billie Eilish and Troye Sivan), Rehearsal is available for pre-order HERE.

“Well I learnt more about Valhalla through watching ‘The Last Kingdom’ and it got me brainstorming about the ideology of it, and thought how sometimes in our life we have moments that are pretty perfect—as perfect as what you’d want the idea of your own nirvana to be,”

Singer Ben Reed says of his inspiration for the song.

He adds, “Like when you’re having beers with your friends, having big cook ups that are real fun to share and we’ve always been lucky enough to have got to do that with (fellow scene peers) Dune Rats. ‘Valhalla’ was based on those experiences, but it’s also kind of cryptically about flying under the radar and avoiding getting into any kind of trouble, and staying healthy enough to keep having those times as you get older throughout your life.”

Skegss are on the cusp of global domination with their riotous rock that has sparked circle pits and stage dives all over – dingy pubs, skate parks, sold-out shows in the UK, NYC, and LA, plus 20K cap festival stages alike. Their first album for Loma Vista Recordings, Rehearsal is a 13-track thrill ride through the band’s laissez-faire lifestyle and sunkissed narratives of love, friendship and youthful musings.

This follows the meteoric DIY success of a few self-released singles/EPs (now certified Platinum in Australia), and their 2018 debut LP My Own Mess which reached No.2 on Australia’s ARIA album chart..

Rehearsal was recorded at The Grove Studios with producer Marks, who added a veteran’s finesse and expanded upon the rustic charm of demos Skegss tracked at The Music Farm using vintage gear from the ‘60s and ‘70s. From Reed’s self-made lyrical philosophies inspired by his favourite stand-up comedians, to bassist Toby Cregan’s reflections on youthful romance, Rehearsal is the most candid and electrifying snapshot we’ve seen of Skegss yet.

“I was pretty scared that I was going to lose my job at a brewery because I was spontaneously taking off for gig opportunities,” Reed recalls. “I remember talking to Farmer Greg, who used to come in to get the wheat malt for his cows. He used to work for 60 Minutes, filming on the helicopter and shit. He asked what I got up to and I downloaded my predicament to him and he goes: ‘Do it. This is no rehearsal. You go for that, you can do this later.’ I fully needed to hear that” It’s an explanation that summarises the Skegss attitude: Roll the dice, roll with the punches, and you’ll make it out on top.