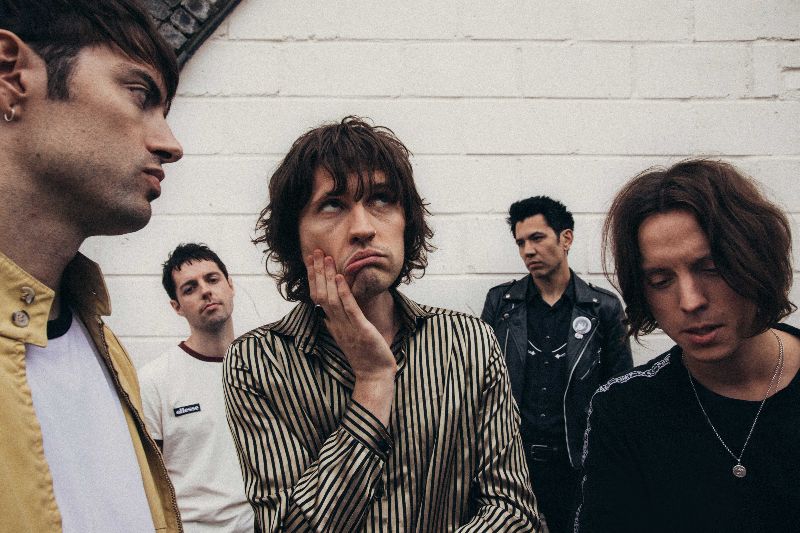 BAD NERVES have revealed their latest video oddity in the form of ‘PALACE’ (directed and produced by the band’s very own Bobby Nerves) taken from their highly anticipated self-titled debut album, set for release NOVEMBER 20TH via Killing Moon Records. The band’s latest razor-sharp slice of garage infused indie-punk sees the band question the disparity of England’s class structure,  highlighting the ever-present wealth gap and homelessness that is as prevalent as it ever was.

“While I was living in London I met so many different characters whenever I left the house. It was quite apparent how many people were struggling. I guess you see that in every city, but I wondered if the people who seem to have everything could do more to help those with nothing? I would wonder how many homeless people could fit in Buckingham Palace? Are the doors even open? This track was really an observation of the disparity between the wealthy and the not so wealthy mixed with thoughts of escape and wanting to run away and see the world. London made me realise that I didn’t want to stay in one place for too long. The longer you stay somewhere, the more of a fishbowl it becomes… and there is definitely something fishy going on at Buckingham Palace.” – Bobby Nerves

This hi-octane debut explores familiar human experiences filtered through a nihilistic lens, touching upon the anxieties of lost youth, in the never-ending pursuit of self-improvement and the justification of existence. All of these matters are perpetuated by the backdrop of futile modern distractions and disheartening comparisons drawn through the illusions of social media.

Bad Nerves are a 5-piece Powerpop-RocknRoll band from East London. The bastard child of a Ramones/Strokes a one-night stand that play ferociously fast distorted pop songs, packed with earworm hooks and melodies.

The band drew acclaim with their previous releases ‘Dreaming’, ‘Radio Punk’, & ‘Can’t Be Mine’ (released through UK label National Anthem), catching the attention of a host of BBC Radio 1 DJs including Dan P Carter, Clara Amfo, Huw Stephens, Phil Taggart and Annie Mac – who made ‘Can’t Be Mine’ one of her coveted ‘New Names’ picks.

Dubbed the ‘200 miles-an-hour Supergrass’ by Gary Crowley at BBC Radio London, Bad Nerves are looking to set a new standard for adrenaline-fuelled pop-rock music. Wrapping up the end of 2019 with some notable performances at Reading, Leeds and Lowlands festivals. Bad Nerves are set to make their mark with this stunning debut.