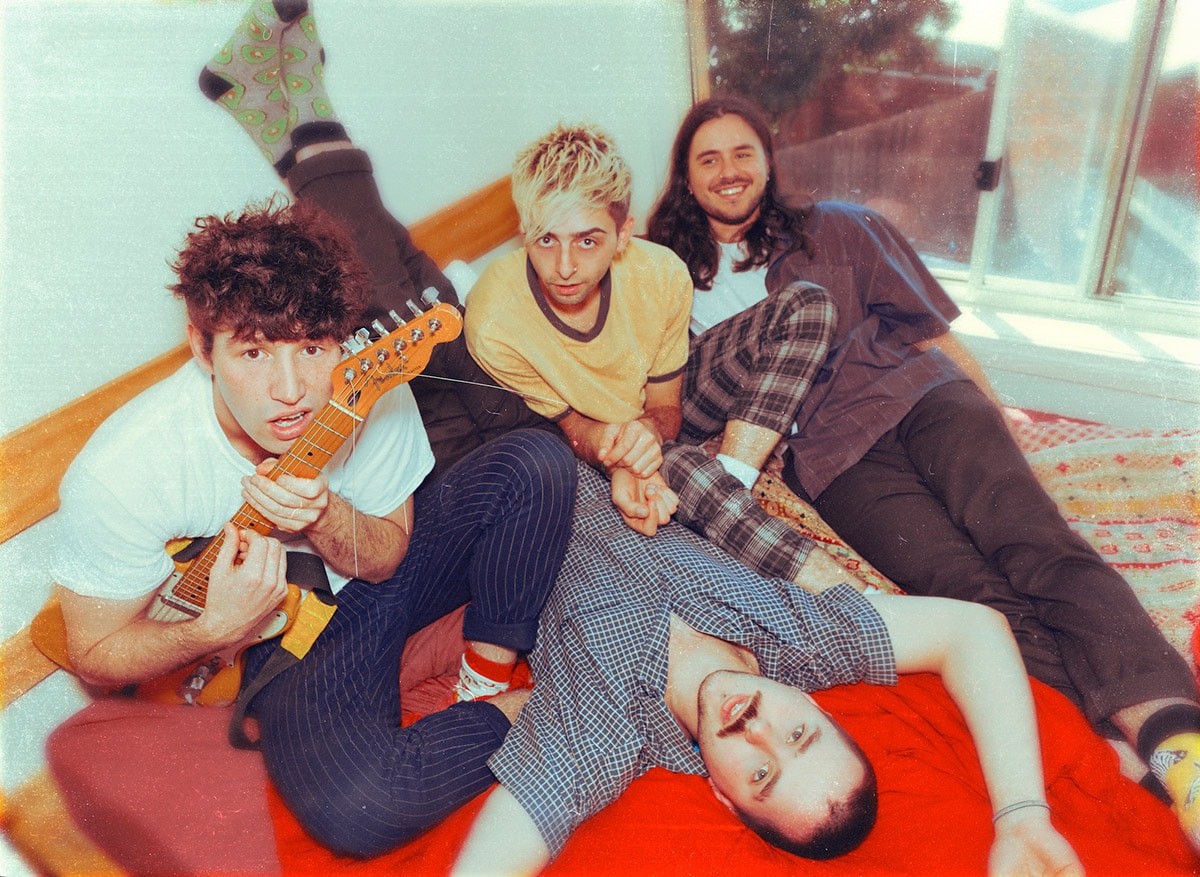 Bakers Eddy return with a slapstick and unremittingly fun video for new single ‘On My Own’,
a no-holds-barred youth anthem that celebrates the unabashed joy of embracing your inner-
introvert in an otherwise crowded world, following recent singles ‘Can’t Afford It’ & ‘Leave It
To Me’.

Recorded in their home town of Melbourne and mixed by Grammy Award nominated
producer Doug Boehm (Girls, Twin Peaks, Tokyo Police Club) ‘On My Own’ is, in the words
of front man Ciarann Babbington, a “celebration of laziness”.
“I’m declaring that I feel uninspired and uninterested and it’s so fine. There’s so much guilt
that comes with having off days in a world of 15 second socialites, where everyone’s got
their own highlight reel, and I think it’s totally fine to slow the fuck down and embrace your
introvert every once and a while.”
Formed in Wellington, New Zealand when they were just 13 years old, Bakers Eddy began
when three high school friends decided they wanted to do something other than skating with
their time. Originally comprising of lead singer Ciarann Babbington, Drummer Jamie Gordon
and Bass player Ian Spagnolo, the band quickly recruited Ian’s twin Brother Alex Spagnolo
on guitar. “We got sick of Alex playing PS3 in the same room while we rehearsed, so we
taught him an A chord and he was in,” explains Ciarann.
The band dominated critic’s ‘best of’ lists at this year’s Bigsound Festival in Australia, with
The Music gushing “everyone wanted a piece of Bakers Eddy by week’s end.” Bakers Eddy
are garnering a reputation for being one of the most exciting new live acts down under.
‘ON MY OWN’ – OUT NOW THROUGH IVY LEAGUE RECORDS
Find Bakers Eddy online at:
Twitter
Facebook
Instagram
YouTube
Bandcamp
Bakers Eddy are:
Ciarann Babbington – Singer
Alex Spagnolo – Guitar
Ian Spagnolo – Bass
Jamie Gordon – Drummer