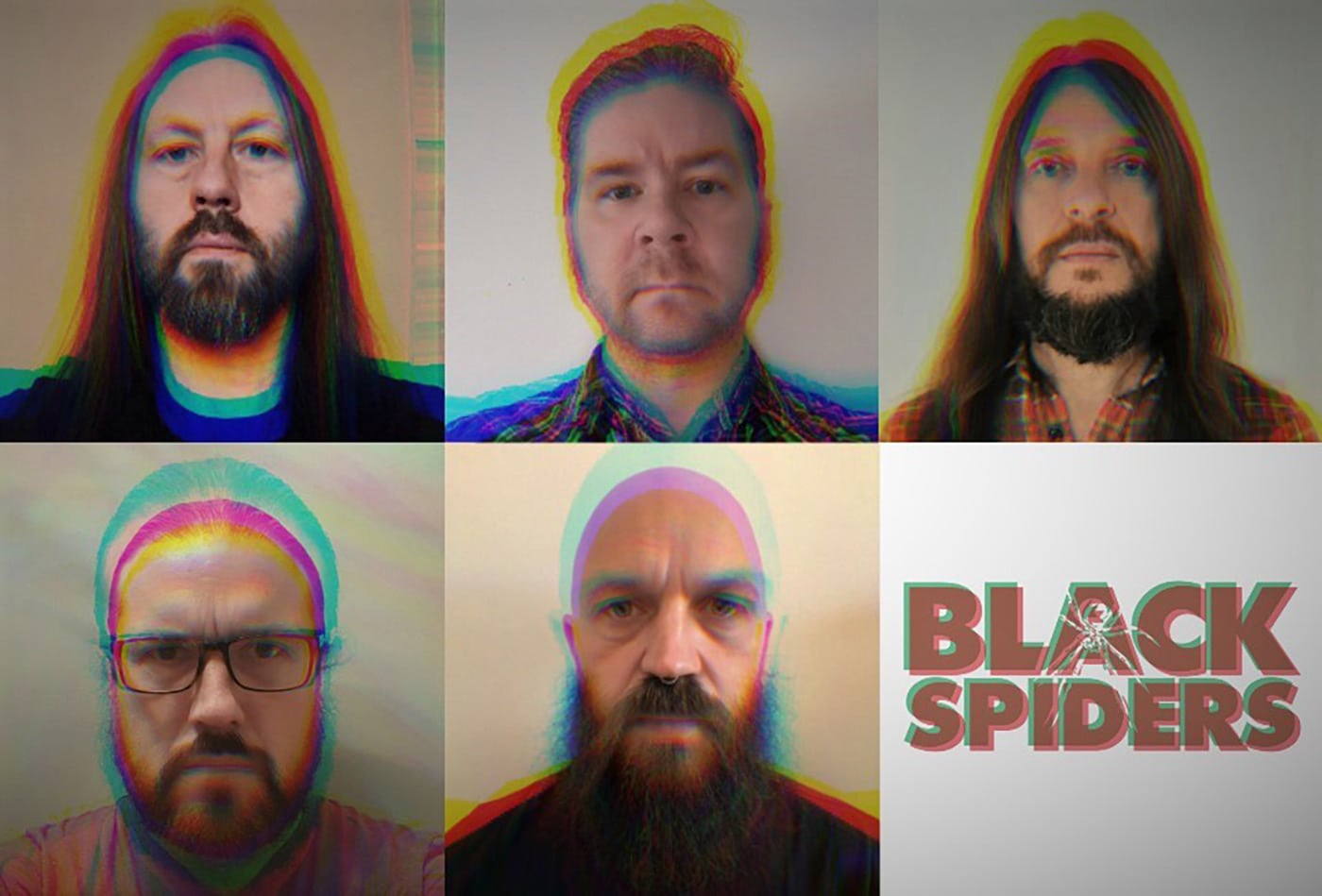 Prior to the release of their new self-titled album, recorded and written in lockdown 2020 and due for release March 26th via Dark Riders Records, Black Spiders release a four-track EP out today, in the old tradition of their first EPs released a decade or so back.

Featuring four slabs of golden sounds that make up this tidy little four piece, ‘Deaf Proof’ leads with the bands take on ‘Good Times’, the 1968 hit for The Easybeats (written by George Young – Angus and Malcolm’s older brother!), taken from the forthcoming full-length, plus three songs not featured on the album.

“What we all need and want right now is to get free and wiig out,” states guitarist and vocalist Pete Spiby. “In this current climate it’s pretty hard to do that, but you’ve got to try and have a good time. Surely after what we’ve all been through there’s only one way and that’s up!! We’re carrying our own light towards the end of the tunnel, so feel free to jump onboard!

“We spent some time deliberating over what to do for a video,” continues Pete. “Given the circumstances we’re all in at the moment. The end product is just that, ‘a sign of the times’, which kind of harks back to rocking out in your bedroom when you went to play ‘your’ music and you were able to just let go and enjoy it. It’s probably something most people can relate to. If not, you’re dead inside.”

“We recorded a lot of songs for our third album, there was so much material it was difficult to see which songs sounded like an album. This EP is made up from songs that didn’t make it, but we felt still deserved to be heard.” – ‘Ozzy’ Lister

Sonically epic, core rattling rock was laid down during some socially distanced studio time, in between lockdowns, recording tracks that now make up the highly anticipated new album.

“We thought we’d seen and done it all, but lockdown was really eye opening, so when the time was right, we picked a bunch of songs that we thought would make a new record and just went into the studio to see how things turned out. It happened to be great!” – Pete ‘spider’ Spiby

It’s only a small slice of the huge pizza sandwich, that makes up Black Spiders ‘gumbo noise din’. But it’s a perfect, first course where the band dig deep into the dark side of depression, loss, death, aliens and erm, having a good time – it’s the perfect soundtrack soundbite from a global pandemic…

“The EP artwork came to me in a dream. There was our producer’s head, floating, with us shouting ‘louder’ and him just turning it up, with his head flashing between a skull and his head, like some kind of bad 80’s special effects – hence the concept and title…..” – Pete ‘spider’ Spiby

With news of shows coming this year, it hopefully won’t be long until faces are being melted again and again up and down the country and hopefully on distant shores. We can only hope.

Power in the Darkness