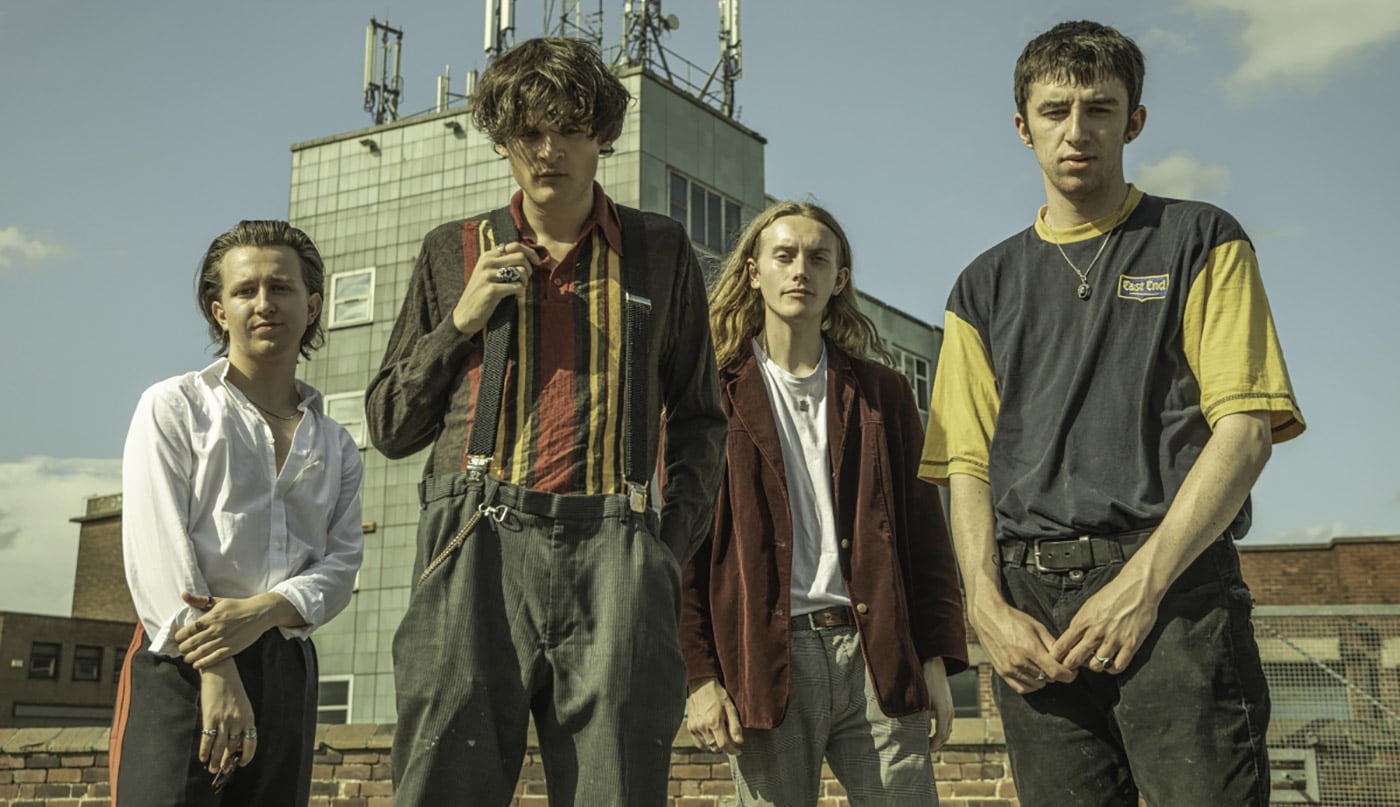 Sheffield punk rock band BlackWaters announce new single Long Way To The Sun to be released on Friday 23 August following the success of their last single I’m Not Your Man that came out earlier this year. The track is produced by Olly Burden and Carl Barat (The Libertines) and released by Ja’rred Up Records . Long Way To The Sun positions BlackWaters in chart anthem territory with a promise of salivating releases ahead.

As well as a single release, BlackWaters announce massive live shows across the UK including Reading & Leeds Festival and supporting tours with Yonaka and The Libertines later this year.

In true adolescent form, the song metaphorically reflects on the disconnected society we live in and ponders on the echo of our day-to-day existence putting its listener into an infectious wonder-state.  The indie-punk riffs and head nod sway will leave you needing more. With the band’s DIY ethics and front room band practice feel, Long Way To The Sun proves to be the fresh nostalgia we crave.  Frontman Max explains –

Inspired by the likes of John Cooper Clarke’s ruminations on the absurdity of modern life whilst fluently paying homage to West Coast garage kings FIDLAR, the Northern foursome found their sound whilst studying at Guildford’s Academy of Contemporary Music and since have continued to smash together their musical talents.

The band’s ability to create records way beyond their years, with political and social themes at the fore has secured them impressive support from the likes of  BBC Radio 1’s Annie Mac and Jack Saunders, Beats1, Clash and Wonderland, as well as garnering themselves live sessions on  Radio X and BBC 6 Music. They have continuous presence across the BBC Introducing playlist, as well as proving their sound across Spotify’s new music curations.

No stranger to the big stage, BlackWaters have already played major festivals, including Download Festival, Reading & Leeds, TRNSMT and the Isle Of Wight, as well as a sold-out show at the notorious House of Vans in London.

This single is the result of four outstanding musicians, pulling together full talents and debuting what’s to come.

Long Way To The Sun is released by Ja’rred Up Records on Friday 23 August 2019, and will be available to stream and download on all services.