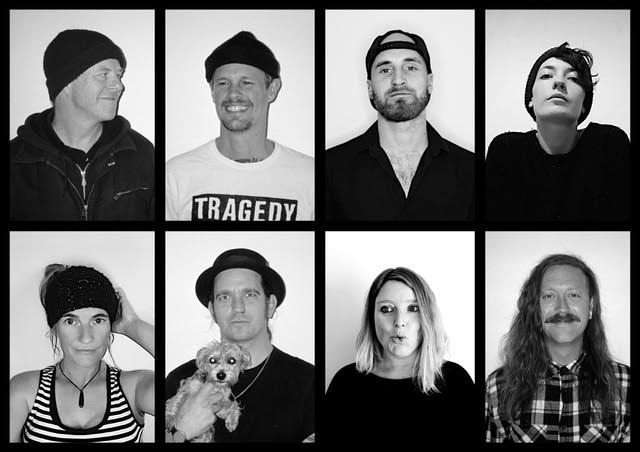 Seven years since their last official release and against all odds, CRAZY ARM, are very pleased to announce their long awaited return.

A shot out of the blue, the Devon punk-roots trail-blazers release an incendiary new single ‘Brave Starts Here’ – out today. Tune in now: https://orcd.co/bravestartshere

Rigorously road-tested during these interim years, ‘Brave Starts Here’ is a breathless ode to heartbreak, loneliness, ageing and self-determination, occupying that sweet spot between bluegrass and punk rock. It’s also a tribute to their good friends and label-mates, Larry & His Flask.

An emphatic lead single and a statement loud-and-clear that they’re back in business, ‘Brave Starts Here’ triggers the countdown to a fourth studio album on Xtra Mile Recordings: Dark Hands, Thunderbolts (out 29th January 2021 on CD and digital and limited edition black or white vinyl with embossed sleeve on 19th March 2021). It’s a record that promises a return to the rowdy guitars, epic choruses and Americana twang of their first two albums and will find the band in a reflective, but no less indignant mood. Despite spending only three weeks in the studio, it took the band four years to complete. To cut a long story short, life got in the way.

“Our last record, ‘The Southern Wild’, was released in 2013. A year later we almost called it a day but Jon (Dailey – guitar) said we should record one more album. Behold! We demoed these songs in the summer of 2016 with our good friend, Tim Langsford, on drums, and started recording properly that winter with Tim and regular live drummer, Matt Colwell, on board. We finished recording in the summer of 2020, although we only spent three weeks actually working on the album. Suffice to say, this has been a very protracted affair.

Over the four years, the songs effectively grew up, hit puberty, left home and came back with crow’s feet and new pronouns. In the meantime, Jon got married, had a baby, and became a professional tattooist; Matt upped sticks again and settled in sunny Bournemouth; Luke (Yates – fiddle) got married and moved to Leeds; our good friend, Dan James, became our new bassist; Samantha Spake joined as second violinist; the ace Tia Kalmaru and Becky Saxton started singing with us; I fulfilled my dream of touring the USA, started playing solo as Warshy (as in, shy of war), and bid a final farewell to my mum and cat; and the world got disproportionately more unstable.

We may be 15 years old now (and more of a fluid collective than a band), and the twin troughs of Covid and Brexit may have scuppered all our best laid tour plans, but we’re not done yet! We hope ‘Dark Hands, Thunderbolts’ makes this current colossal shitshow a little easier to bear. Here’s to the unwritten future.”

Dark Hands, Thunderbolts will feature the heaviest, the lightest and the most expansive songs that Crazy Arm have recorded, with a strong cinematic influence at play. ‘Montenegro’, ‘Blessed & Cursed’, ‘Fear Up’ and ‘Howl Of The Heart’ all betray the band’s oft-mentioned fondness for Ennio Morricone, Murder By Death and Constantines; while the two mournful interludes, ‘Dearborn’ and ‘Paradiso’, are soundtrack scores-in-waiting, featuring Samantha Spake and Simon Dobson on violin and trumpet, respectively. Of course, the band’s stock-in-trade – breathless punk rock riffola, Appalachian harmonies, syncopated rhythms, anthemic singalongs – are still very present, correct and unrelenting.

Despite the long gestation period, the album sees Crazy Arm touch upon a varied and timely array of subject matter. ‘And You Will Know Us By The Trail Of Meds’ and ‘Demonised’ lay existential despair bare via caffeinated post-hardcore; ‘Loose Lips’ wades through Southern sludge with a salute to refugees; ‘The Golden Hind’ violently skewers the band’s Brexit-majority hometown; ‘Mow The Sward’ turns alienation into a heartland rock anthem; ‘Epicurean Firestorm’ remoulds Arcade Fire in a cauldron of guitars and body dysmorphia; and ‘Health Is In You!’ is a pro-feminist clarion call that sounds like ZZ Top mentoring Hot Snakes.

Guaranteed to be worth the wait, Dark Hands, Thunderbolts is a sonic and emotional rollercoaster ride that upends expectations at every turn. So, take a seat and hold on tight, it all begins with: ‘Brave Starts Here’…

12 Howl Of The Heart