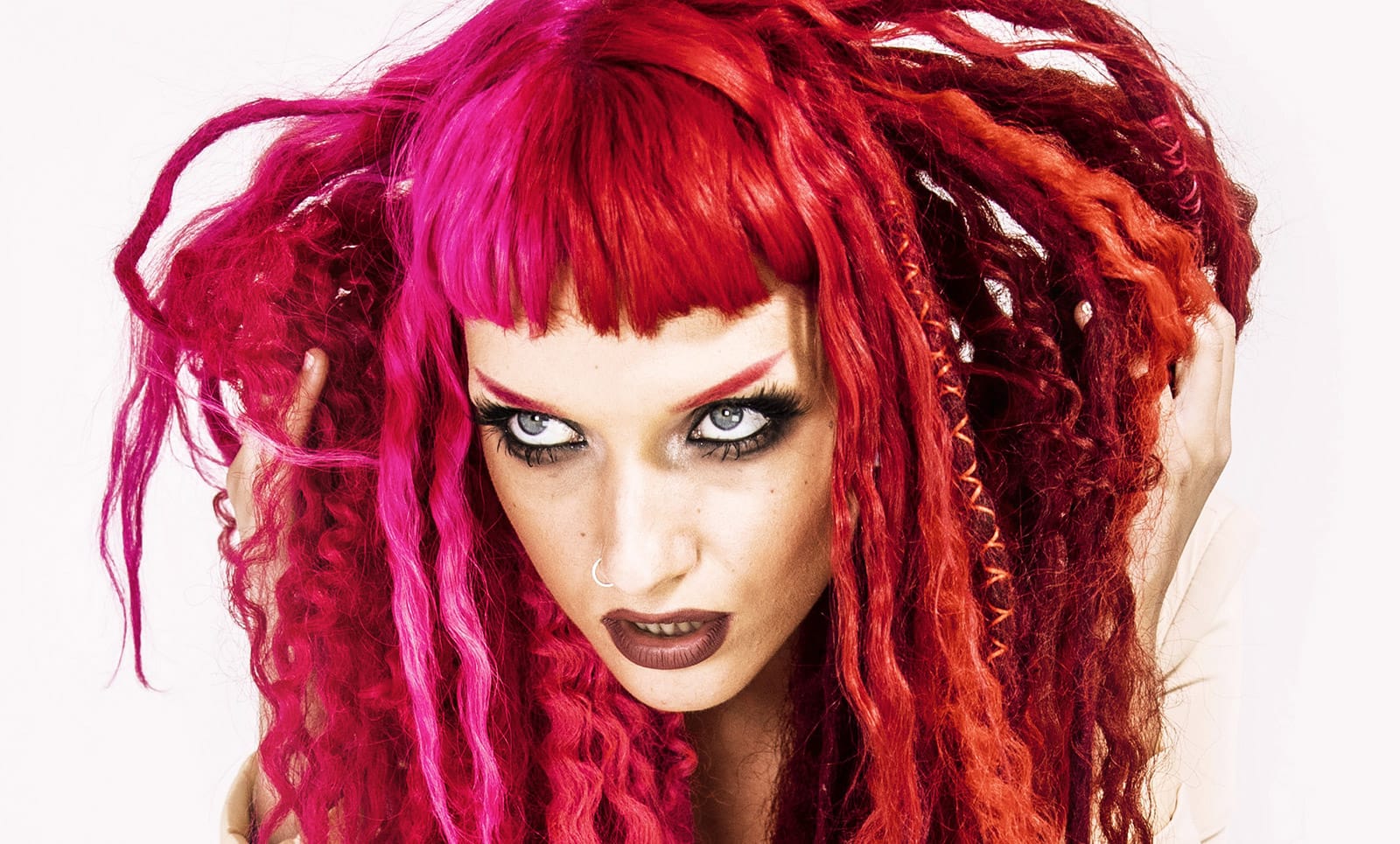 Debut album out on the 21st May pre-order HERE

After her triumphant statement-of-intent music video for International Women’s Day, Delilah Bon is flexing her studio muscle even further and the time has come to unleash her highly anticipated debut album. A project built around female empowerment, freedom of expression and downright gnarly punk-infused hip-hop, this is one of the projects of the year from a seriously exciting artist. The music video for ‘Soul Sisters’ will be released on the 14th May, followed by the self-titled album which will land on the 21st. Pre-save is available now.

12 tracks, including the call to arms singles ‘Bad Attitude’ ‘School,’ and ‘Where My Girls At?,’ Delilah fuses head-bopping bass grooves, unapologetic feminist lyrics, fuzzed guitars and deep, real-talk rhymes, fusing the attitude of punk and swagger of hip hop to create her signature brat punk sound. Delilah is a one-woman phenomenon. She has performed all of the music and produced the entire album herself, including the stunning album artwork. She also creates all of her music videos.

From the old-school hip-hop vibes of ‘Soul Sisters’, to the nu-metal injection of ‘Devil’, Delilah has found the unique ability to blend memorable lyrics, enormous choruses and in your face no nonsense punk rap with undeniably catchy songs, kicking it all off with album opener ‘Freak Of The Week’. On her debut album she added:

“The album is a celebration of female empowerment and independence. Made by a woman as a voice for women and non-binary people, I wrote about rape culture, girls uplifting girls and self-love. From my own experiences and so many other girls in my dm’s, I wrote the album wanting to speak my truth, unfiltered and raw, sarcastic and often angry, fusing rap and fuzzy nu-metal guitars as what I call Brat Punk.

“Self-producing the album was important to me, especially as female producers are sadly rare and under-represented. I wanted to prove that I could, creating all the beats, recording all the instruments myself to truly bring my visions to life.”

Already reaching hundreds of thousands of her fans through her TikTok-inspired music video for ‘I Don’t Listen To You,’ the outspoken single and troupe-rallying video has paved the way for things to come. Delilah is blowing up rapidly on the platform, with 80k+ followers and over a two million views in just a few months. Made by a woman as a voice for women, this album stands for everything Delilah represents.

The full track listing is:

Freak Of The Week
Soul Sisters
Bad Attitude
Where My Girls At?
School
Red Dress
Chiquitita
Chop Dicks
Homework
Devil
War On Women
I Get The Feelin’

After years touring and releasing multiple albums under her own name and her band Hands Off Gretel, the ever-creative and expressive lead singer, songwriter and guitarist Lauren Tate has already clocked up over a quarter of a million streams under her new guise Delilah Bon, a badass brat punk that is ready to take over the world, one fierce release at a time.