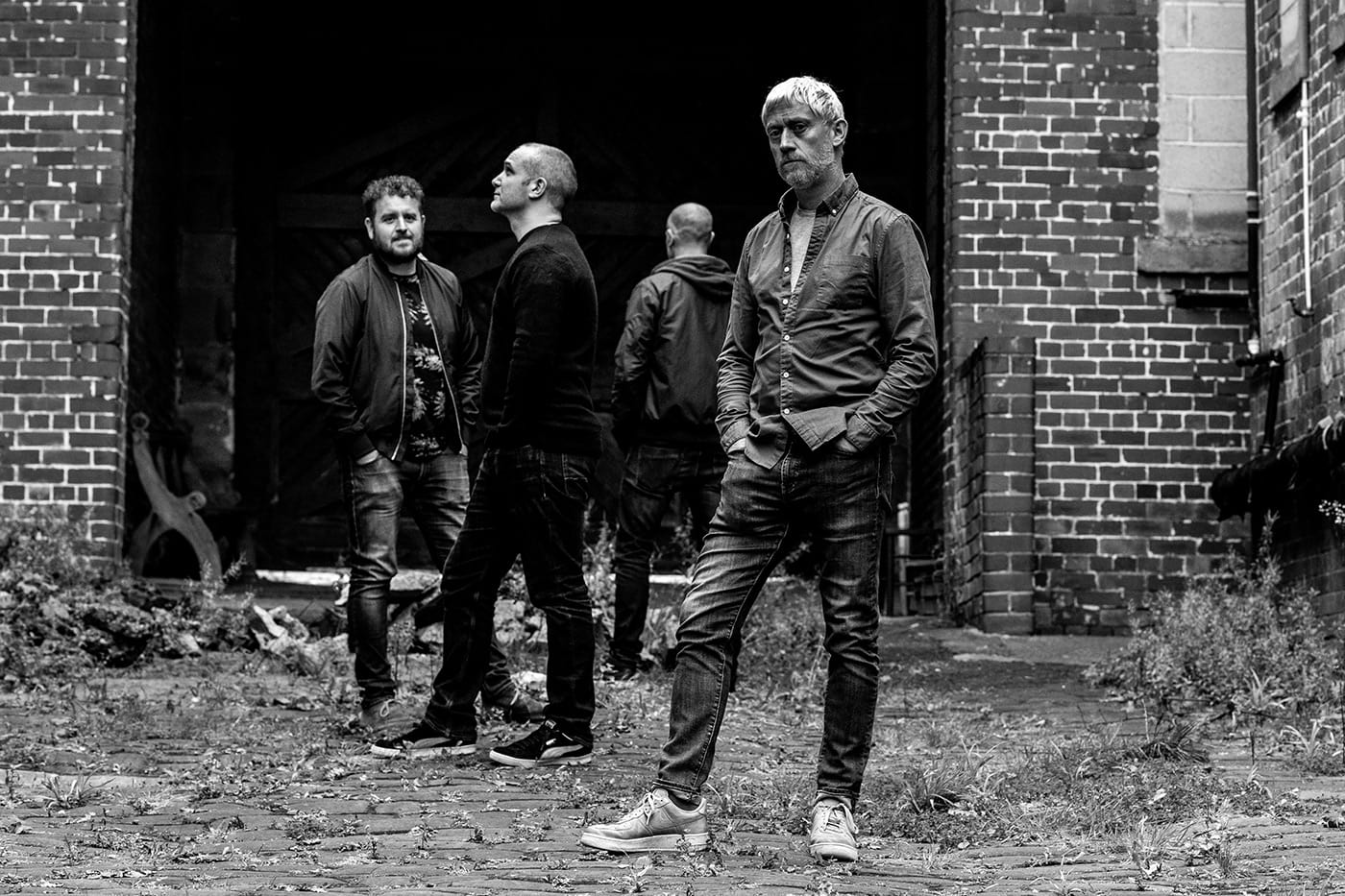 Halifax four-piece CASINO ROCKETS operate within a world of alt / math / post-rock utilising intricate guitar patterns and wall-of-sound synths to create cerebral and animated rock with a distinctive edge. Their debut album, REALITY DISTORTION FIELD, will be self-released on 21 May 2021, and the first single from the album, IMPALA, is available now on all digital platforms.

Produced by Steve Whitfield (The Cure, The Mission, Jane Weaver) and mastered by Dez Ford (Scenius, The Fossil Collective, Klammer) REALITY DISTORTION FIELD, as the band themselves explain, is an album of “persistence and perspective, a journey from the bleakness of the mundane to the exhilaration of elevation; an adventure between the rock bottom and the summit”.

CASINO ROCKETS instinctively aim for the unpredictable, something which sees the album career between seismic shifts in rhythm and structure; a philosophy perfectly encapsulated in lead single Impala, which relates a story of tyranny versus vulnerability. Lyrically, the song alternates between the vision of the lion and the impala, and how both can gain equal footing in the game of life; one through power, one through competence of behaviour. As a metaphor of a personal experience of growing up and steering a path, it relates to anyone who has ever known struggle, and the cinematic and dystopian feel of the accompanying video highlights this further.

The album perpetually reflects the disparate influences of the band, taking in trip hop and electronica to psychedelia and classic rock. The deviance of the drum patterns in Simpatico; the extraordinary structures of Black & Red which somehow evoke both Pink Floyd and British Sea Power; the psychedelic and mesmerising rhythms of Drive Me to The Dusk; the driving otherworldly sci-fi-isms of Feel Me Now; and the daring and prodigious nature of the closing Kachumber. They all combine to weave something that could be the result of several contrary bands randomly stitched together but with a sound that defiantly remains that of CASINO ROCKETS.

REALITY DISTORTION FIELD has been a long time coming. Black & Red was originally released almost three years ago and the album itself has been bubbling away slowly ever since. Each song has been painstakingly nurtured, with the final track Kachumber taking several years to refine, having being shelved numerous times because the band never felt able to do it justice. Until now that is. “The idea persevered and continued to evolve right up until the final mix,” they say, “eventually becoming what we consider to be a melancholic epic that we feel is a powerful climax to the album.”

Put simply, the album has taken time because it needed time and because it’s important.

“Finally hearing the album and holding it in our hands means such a lot to us,” the band explain on reflection. “When we set out to write and record Reality Distortion Field we were driven by a passion to create the sound of the band we aspired to be; a sound familiar to our ears but yet to be heard. This has been a deeply profound experience, the realisation of a dream. The question that now excites us the most is: where do we go from here?”

REALITY DISTORTION FIELD is released on 21 May 2021 and will be available on download and vinyl.