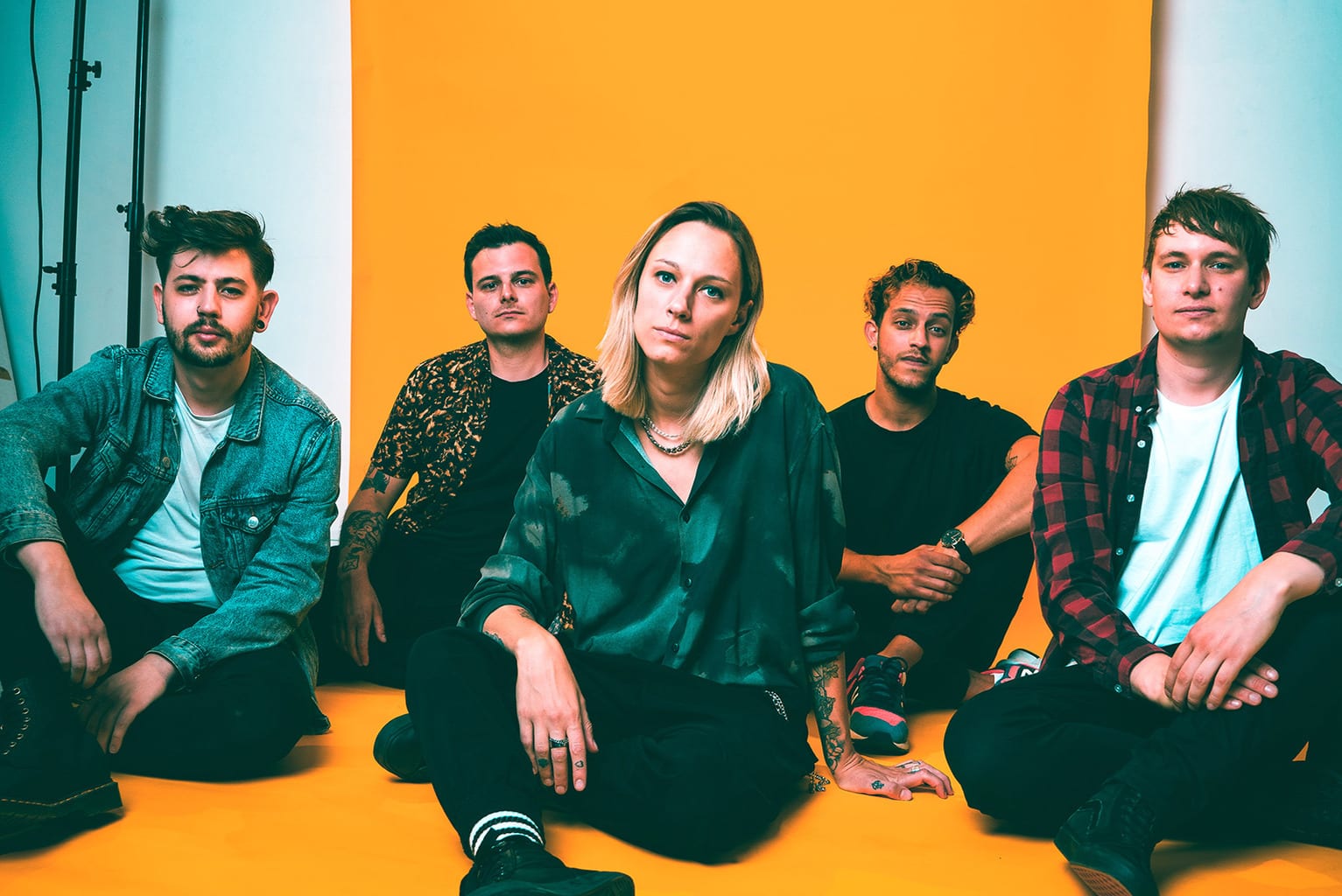 Drones’ latest anthem for personal growth – ‘Learn’ – is out today, providing another peek at the band’s forthcoming album ‘Our Hell Is Right Here’, which is set for release 12 February via UK indie Lockjaw Records. “Learn is about the desperate struggle to make a failing relationship work,” says vocalist Lois McDougall.

“You can feel that it’s not right but you still care about the other person. We seem to make the same mistakes over and over by assuming we know what the other person is thinking, so communication stops. We keep trying to force a relationship to work with someone that we’re just not meant to be with. If it’s more of a struggle than not… it’s not worth it. You should never diminish any part of yourself for someone else because, ultimately, you’ll end up resenting them.”

Crammed with high-octane, yet deeply personal, punk cuts, ‘Our Hell Is Right Here’ documents a traumatic period for McDougall. “It’s been a pretty rough ride for the past couple of years,” she says when looking back on the journey the band have been on to get to this point. “But I struggle with claiming my problems and sadness as valid because they are disproportionate to the danger and loss that many face every day. It got to the point where I was almost ashamed to write songs about my own life. However, I’m learning that personal care and self-worth is not something to be diminished. There are songs on this album that I had to write for my own therapy. Whilst writing this record, I went through a divorce, lost a family member and was battling with my own mental health. At the same time, it felt like the world was falling apart. ‘Our Hell Is Right Here’ is the product of my experiences over the past few months. There’s a lot of sadness on this record, but I can now look back and celebrate who I have become in spite of it all.”

Drones are also launching a signature coffee blend, fittingly monikered ‘Fresh Hell’ – they intend it to be the ultimate cure for the ‘hangover’ of the bleak year that was 2020. Says drummer Mitchell Thomas of the venture: “We’re trying to help our fans start their year right and perk them up with a new premium blend of coffee featuring flavours of vegan milk chocolate, pecan and hazelnut. The product will be retailing on www.lockjawrecords.co.uk for a limited 2-week period starting Wednesday this week.”

The album’s title track ‘Our Hell Is Right Here’ – an emphatic condemnation of abuses of power, featuring a guest turn from Petrol Girls’ Ren Aldridge – is out now too, as is the band’s emo anthem ‘Epitaph’. A further album track – ‘Josephine’ was the first glimpse of the album to be revealed and is another deeply personal journey with McDougall, addressing her past unhealthy relationship with alcohol. Its accompanying music video features intricate models of each band member, crafted by animator William Davies, embarking on a journey to another world.

Since their inception, Drones have been building a name for themselves with their powerfully energetic live shows and unique punk-fueled post-hardcore stylings. Their highly-conceptual debut album ‘Exiled’ was released in 2018 and packed a punch. From playing underground squats to appearing on festival stages, Drones are more than ready to hit the road again when the current climate allows. The band have already supported the likes of Marmozets, Neck Deep, Gallows, Funeral For A Friend, Mallory Knox, Young Guns and H2O, as well as playing Download festival and packing out their own headline shows.