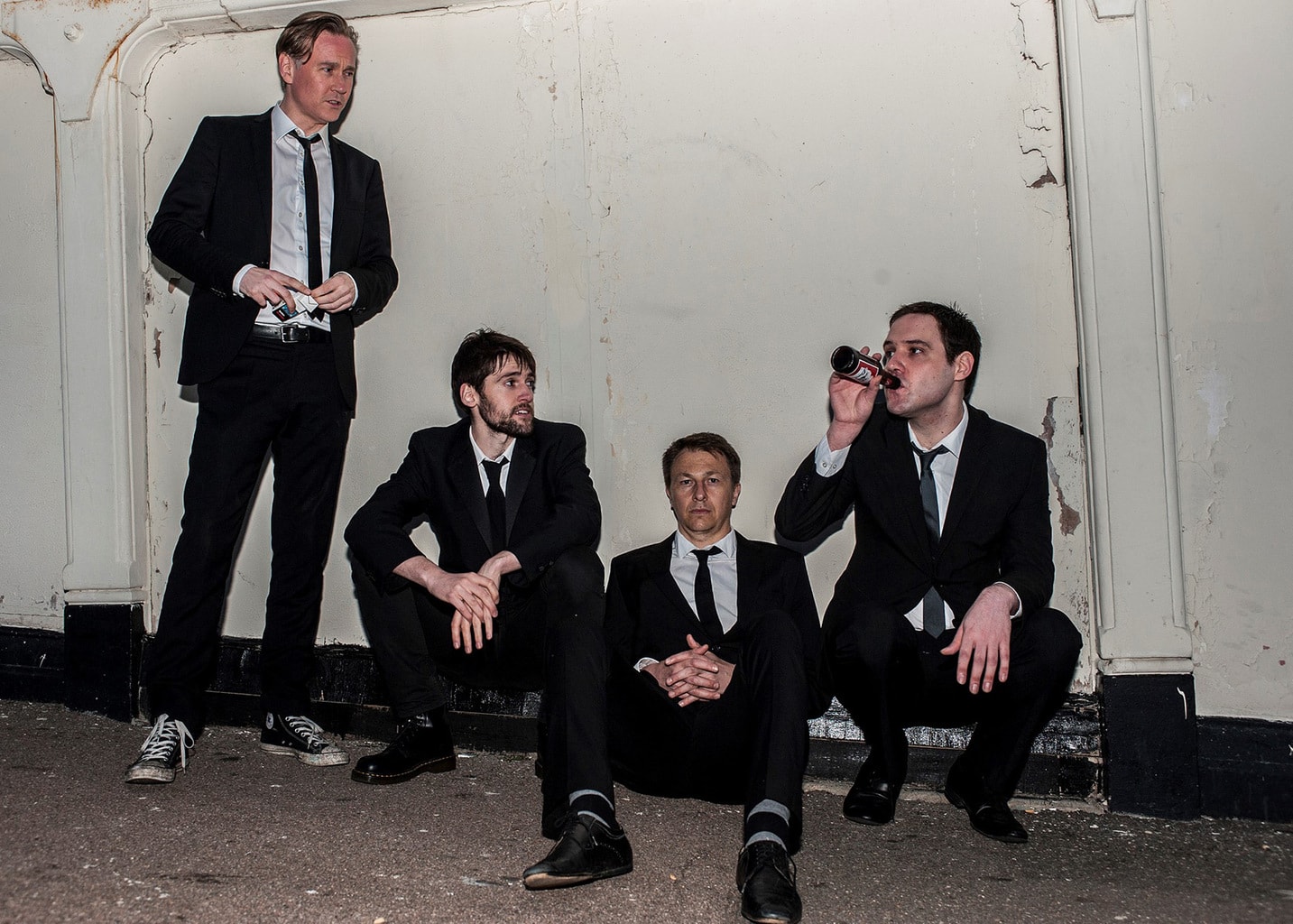 Inspired by the song of the same name by Essex post-punk four-piece Eight Rounds Rapid, from their third studio album ‘Love Your Work’, Onesie is a shank-sharp satire on our soulless and much-beloved Instagram-obsessed post-Brexit Britain, directed by Henry Littlechild and Tony Burke.

Starring Avengers: Infinity War / Peaky Blinder’s Tom Vaughan-Lawlor, Onesie tells the inconvenient story of most of our lives. A sudden birth; thrown from the passenger seat of a speeding Ford Racing Puma, into the full glare of cheap provincial living. Then a lonely eventless death a short while later, on the cold lonely pavement of an after-hours Essex seafront. In between, an adventure of sorts, but nothing of real any consequence.

Onesie is taken from Eight Rounds Rapid’s third studio album ‘Love Your Work’, out now on Tapete Records. Rooted in the infamous Canvey Island R’n’B tradition, Eight Rounds Rapid channel the fervour of Dr Feelgood, Gang of Four and Public Image Limited with their gritty tales of the Essex underworld. Comparisons with the lyricism of Sleaford Mods and IDLES, or the post punk aesthetic of Wire and Alternative TV are made, but the result sounds like nothing else. The band’s songs are rooted in traditional rhythm and blues, but impulsive guitar from Simon Johnson (Dr Feelgood’s Wilko Johnson’s son) and acerbic delivery from singer David Alexander make the act sound like John Cooper Clarke and Mark E Smith fighting in a Southend bus depot.

The line-up also features Jules Cooper [bass] and Lee Watkins [drums]. Everett True said, “This is great. Art Brut meets ATV, with a touch of the old Wilkos. With a smattering of all those (rather scary) old ruffians: The Inmates, Nine Below Zero, Dr Feelgood. All that crowd”.

Recorded under the spectre of a global pandemic, ‘Love Your Work’ reflects feelings of confusion, angst and isolation – all delivered with singer David Alexander’s trademark sneering dry wit. The customary low life and underground subjects are still the only language they know, but this album is as much a commentary on contemporary music confronting modernity as it is a collection of musical compositions.

The new album grapples with the folly of nostalgia while singles ‘Love Don’t’, ‘Tricks’ and ‘Eating’ ramp up the energy levels. Violent lowlives and losers populate the songs as usual, but David Alexander now draws himself closer into view, with ‘Ageing Athlete’, a metaphor for a musician searching for legitimacy in a dull landscape. Music as duty. Love your work.

“Very few groups bestride the old and the new like a time-travelling colossus in the way that ERR do, and they do it well” 9/10 – Classic Rock

“There is not a single song which won’t get you thinking, laughing or dancing on Love Your Work. It’s one of my favourite albums of the year” 10/10 – Louder Than War

‘Love Your Work’ is available HERE: