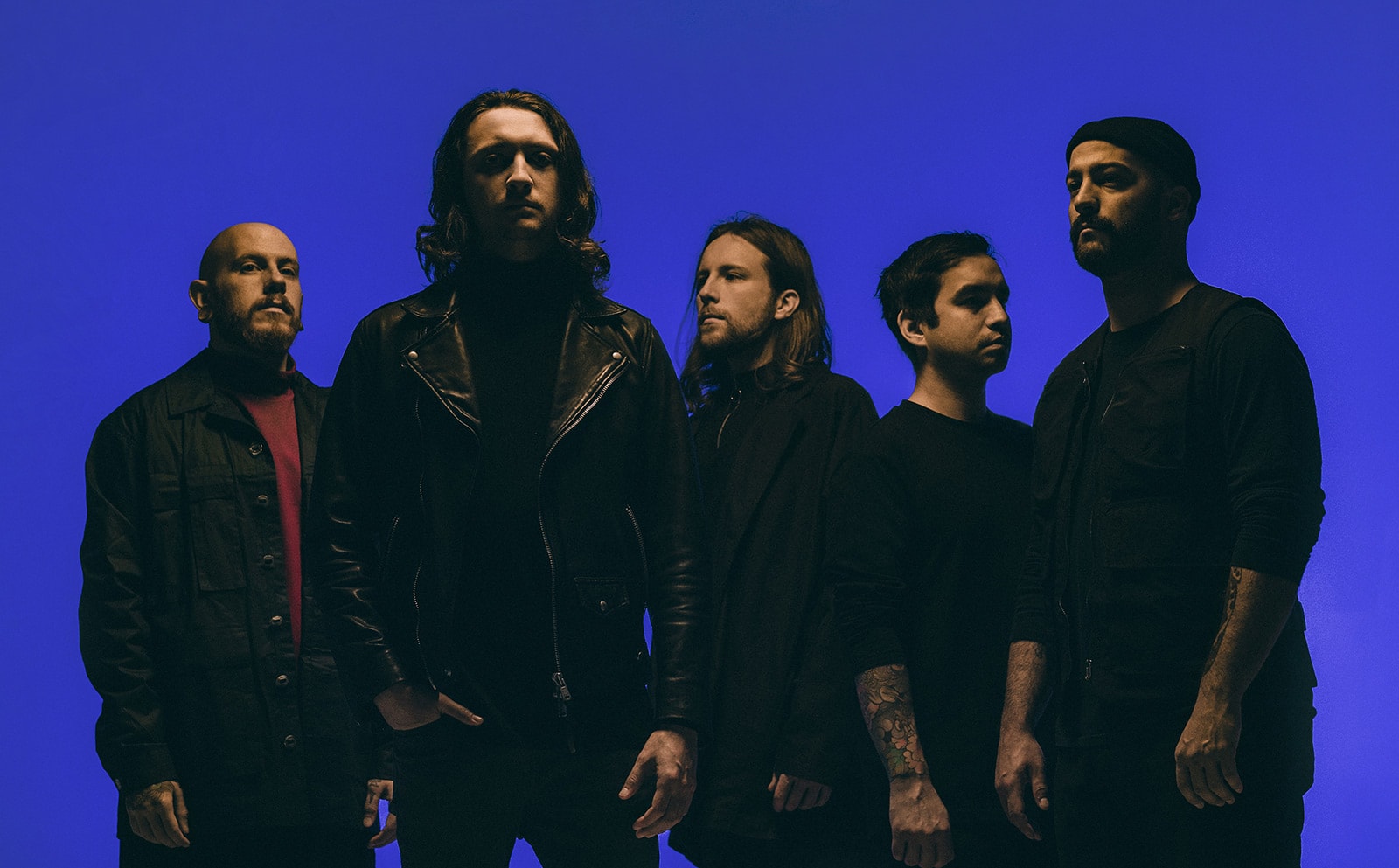 Determination and steadfast dedication have defined ERRA’s path, forging a unique connection with an ever-growing audience, without the advantages of traditional recognition. Monumental riffs and enchanting melodies litter the cerebral, immersive soundscapes powering each of the progressive metal merchant’s albums, culminating in a career-defining fifth, boldly titled ERRA. The highly anticipated album sees its release on March 19 via UNFD, their first for the label – pre-order and save here.

On ERRA, the prolific metalcore progressives confront depression, anxiety and desperation throughout. The band take listeners on a near-out-of-body journey to Aokigahara, the infamous Suicide Forest of Japan; into episodic storytelling that would make Black Mirror writers proud; and into the literary works of Cormac McCarthy and Hubert Selby Jr.

Today they reveal new single and video ‘Divisionary’. “It’s a song about our relationship to technology,” vocalist/guitarist Jesse Cash explains. “The song is pretty on the nose and intentionally a bit tongue-in-cheek. It creates a sort of campy parallel between our phones and religion. In the song, technology is God and we are all zealous fanatics of the service it provides, which is a distraction from our immediate realities, which is presence.”

The decision to self-title the album suits the themes of self-reflection and confrontation woven throughout the record’s mesmerizing 12 songs. “It’s clearly an evolution of the same band, it sounds like a record we wrote, but it’s such a big step forward from the last one that it seemed like the perfect time to self-title a record,” Cash explains. “We wanted to give people who have been following ERRA the sense that we’re starting a new chapter, with something fresh.”

Cavey agrees. “We’ve always tried to have a balance of classic song structures, intertwined with experimental adventures,” he says. “This album especially is music written for musicians that also appeals to the masses. There are a lot more breakdowns on this record, but also bigger melodies. The most important thing was to write music we enjoy.”

Rising from Alabama, ERRA’s dedicated fanbase and online community organized around the band’s dense music and heady but relatable lyrics have helped further their mission, resulting in multiple No. 1 Heatseekers placements on Billboard. Previous ERRA albums Impulse (2012), Augment (2013), Drift (2016), and Neon (2018) saw the band spotlighted on tastemaker playlists, as the band’s Spotify plays soared past 72 million. And with vigorous worldwide tours under their belt, ERRA have rightfully earned a sprawling audience devoted to the Alabamians’ catalogue, eager for each new missive.

As their music finds the balance between the crushingly heavy and the headily melodic, its members seek to find harmony between the needs of the individual and the natural flow of this shared reality. ERRA, as a band of brothers and creative force, strive to live in alignment with the present moment. ERRA, the album, represents redemption for the band, who emerged from the creative process with renewed focus, confidence, and certainty of self.

“With technically impressive guitar work courtesy of seven-stringers Jesse Cash and Sean Price, as well as brutal vocals and thunderous sticksmanship from J.T. Cavey and Alex Bellew respectively, this one’s a sonic onslaught from the outset.” GUITAR WORLD

“ERRA have carved their niche on the veneer of metalcore. There’s a special madness here” on “Snowblood” that will also appeal to fans of old-school electro-metal (Static-X) and iconic post-punk (Killing Joke).” ALTERNATIVE PRESS

“You should be warned that this single will get stuck in your head, both with its vocals and kicka** riffs.”

“With riffs this visceral, one can’t help but wait for what the band is cooking come 2021.” HEAVIEST OF ART