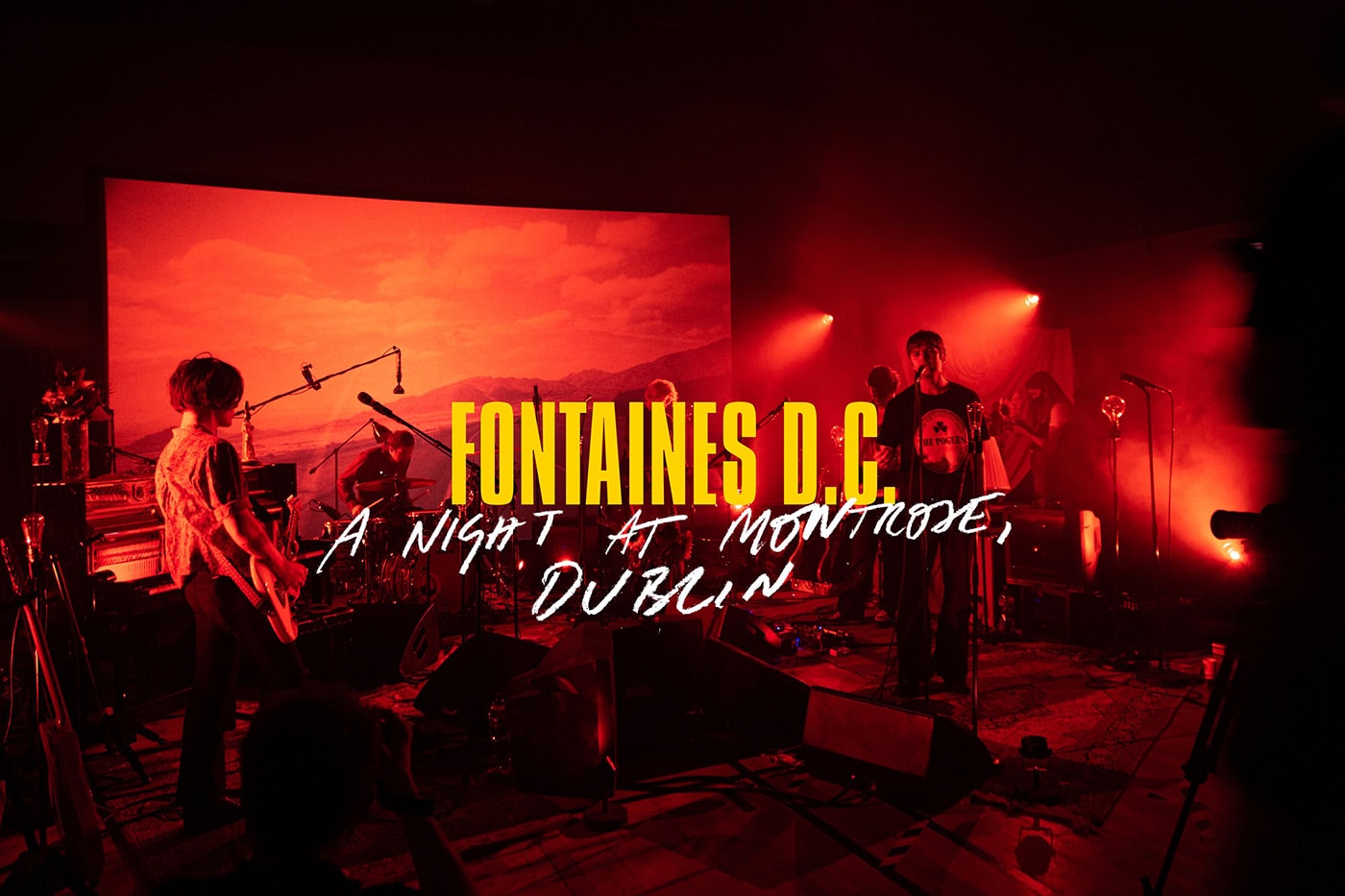 Fontaines D.C. are announcing a very special album release show in support of their highly anticipated new offering A Hero’s Death. Filmed by Collective Dublin and captured within 2FM Radio’s studio in Montrose, Dublin – a sweeping space usually the reserve of orchestra performances – “A Night At Montrose, Dublin” will air on Monday 3rd August at 8pm BST / 9pm CEST / 3pm EDT. Fontaines D.C. will perform new album A Hero’s Death (released July 31st via Partisan Records) in its entirety for the very first time, along with selected tracks from their award-winning debut Dogrel. A live Q&A with the band will also mark the occasion. Viewing globally is easy – a link will be emailed to anyone pre-ordering the album via the store. Fans will receive their link 1 hour before the performance begins (7pm BST). The deadline to get involved is 9pm BST on 2nd August.

Get access to the performance by pre-ordering the album HERE.

The news follows the announcement of the band’s 2021 UK tour, which includes their biggest ever UK headline at London’s Alexandra Palace. Tickets are on sale now from fontainesdc.com, metropolismusic.com, seetickets.com and ticketmaster.co.uk.

The band’s UK tour will also be preceded by a new run of EU headline tour dates set to take place across March and April 2021. Full routing and more info can be found HERE.

Three tracks from A Hero’s Death have been released so far including the title track – the video for which stars Aidan Gillen (Game of Thrones, The Wire, Peaky Blinders) – the lonely and intense “I Don’t Belong“, and brand-new single “Televised Mind“, which you can watch the new video for below.

‘Dogrel’ debuted Top 10 on the UK album charts, earning Fontaines D.C. a Mercury Prize nomination, #1 Album of the Year positions from BBC 6 Music and Rough Trade, a performance on The Tonight Show with Jimmy Fallon and numerous sold-out tours in the UK and abroad – including triumphantly selling out London Brixton Academy in just 1 week. The Guardian (who gave the album 5 stars) praised ‘Dogrel’ as being “brilliant, top to bottom,” The FADER called Fontaines D.C. “One of the most exciting new bands around,” and NME (who also gave ‘Dogrel’ 5 stars) called them “One of guitar music’s most essential new voices.”