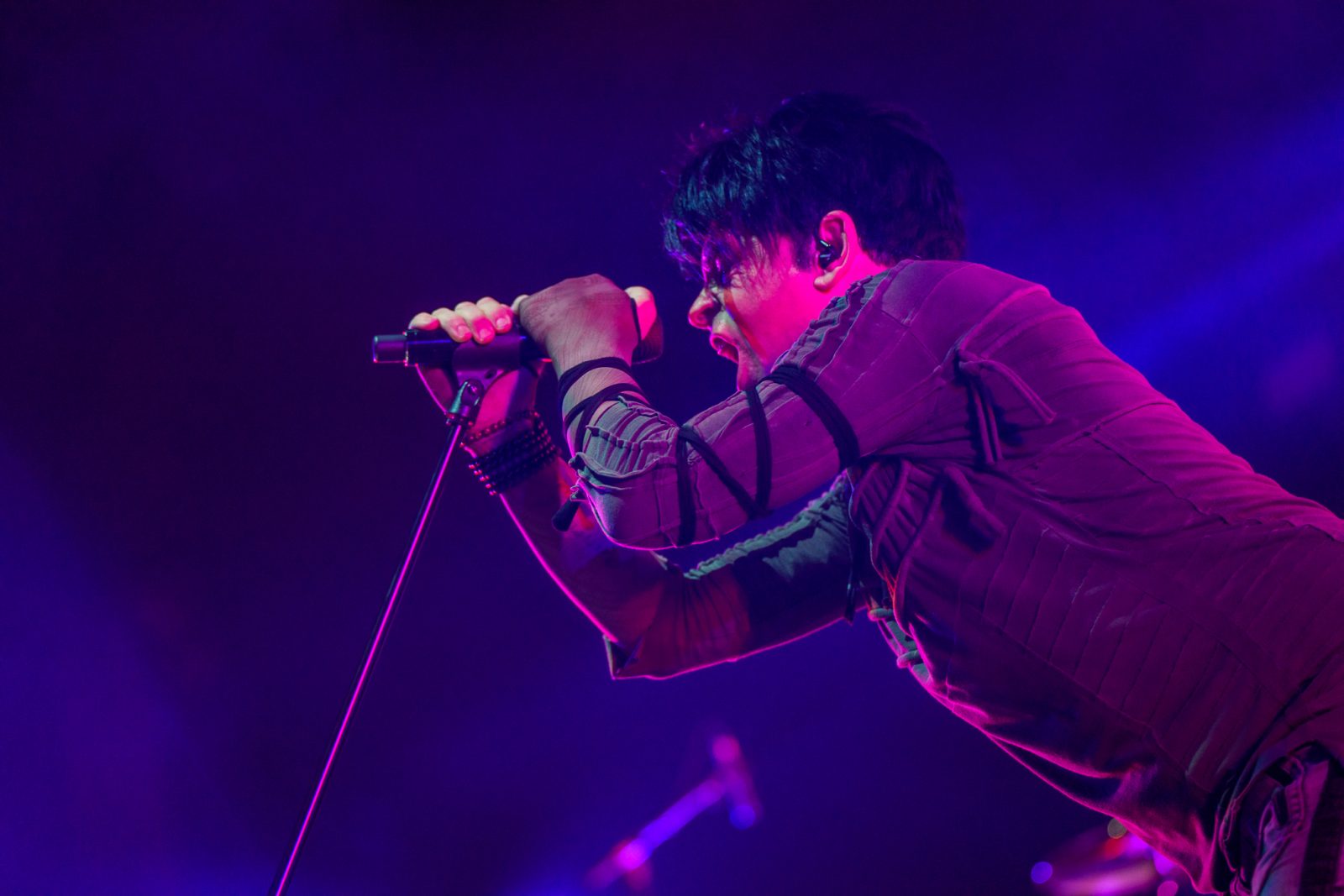 Can’t wait until the height of summer, especially early August, when ‘Rebellion’  will be in full swing! After a Covid break, they are back with a bang with the addition of ‘R Fest’ on the Promenade in Blackpool from 4th to 7th. Of special note is Saturday night’s headline act Gary Numan who will be on stage after Peter Hook & The Light, Pop Will Eat Itself, Spear Of Destiny, Chameleons, The Primitives, and Pete Bentham & The Dinner Ladies.

Clearly this ‘R Fest’ is branching out into other non-punk avenues, and I for one don’t have a problem with that. It’s a great idea to freshen things up and hopefully get a whole new band of punters onboard HMS Rebellion. Some of these punters will hopefully be introduced to a few punk acts during the 4 days as well, that they had previously not encountered.

So we decided to check out the current incarnation of Gary Numan, nice and early as he was in Brighton tonight, playing his biggest gig in town for 39 years. The words back out on the Numan front it seems and he’s done it on his own terms. The ‘Godfather of Synthpop’ has since the turn of the millennium gone all heavy! This can be traced back to his ‘Pure’ album in 2000, when all of a sudden his previous often predictable ‘preset 37’ material suddenly had a brand new lease of life!

It’s no surprise that this can be attributed to Numan being in a more happy place in his mind and being ‘directed’ by prima Numanoid turned wife Gemma. Numan had previously enjoyed the heavier Depeche Mode tracks, but now suddenly Nine Inch Nails and Marilyn Manson were on his radar. Then from 2007 to 2020, keyboardist and programmer Ade Fenton was working on tracks with Numan and a new powerful lease of life ensued. Industrial Numan was born.

Once again, people started taking note of this new Numan material. ‘Jagged’ arrived in 2006 with its chorus-driven, anthemic industrial sound, utilising heavier electronics and more prominent live drumming. Five years later ‘Dead Son Rising’ arrived, but two years after that in 2013 Numan dropped what fans announced as his best album since 1980s ‘Telekon’ with ‘Splinter (Songs from a Broken Mind)’. It was his 17th studio album and Numan was back……Back on the radio and tv and back in the charts. It was his best showing for 30 years!

Numan was winning many fans back as well as gaining many from not just the UK and Europe but in the States too. America was calling and East Sussex wasn’t where Numan wanted to be. Was Berlin an option? Nah….LA mate!

In 2017 his ‘Savage (Songs from a Broken World)’ album was flying off the record shops shelves, so much so that it crashed into the Official Album Charts at No.2, becoming Numan’s sixth Top 10 album, and the first since 1982. This arrival (and its predecessor) signified Numan’s best work for 40 years, so it’s no wonder that Numan is playing the Brighton Centre tonight with his four bandmates Steve Harris (guitar, keys), Tim Slade (bass), David Brooks (keys) and Richard Beasley (drums).

This is the ‘Intruder’ tour in support of his current album which actually dropped a year ago, but he’s catching up from Covid induced hiatus. ‘Intruder’ also was a No. 2 album by the way.

The lights tonight are striking, vertical and bright. In between them are giant screens showing videos that go with each track. The sound is powerful, very powerful considering there’s just a handful of geezers on stage. Steve’s guitar can be heard as he thrashes it about as he struts the stage in his industrial gear. Bassist Tim is very much the same – It’s a wall of noise if you add in Richard’s drums and David’s oh so deep synth sound.

For this ‘Intruder’ tour, Numan and his pals have apparently rehearsed 35 tracks in total and each night of the tour they will play 19 of them. Brighton is date three and the sets have been different from the last two nights (Cardiff and Bristol). 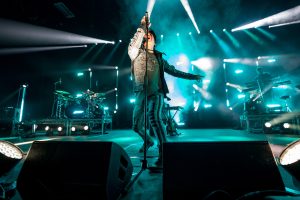 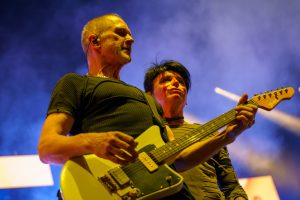 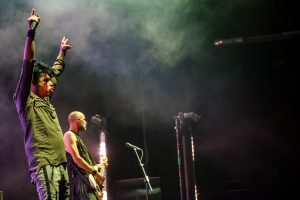 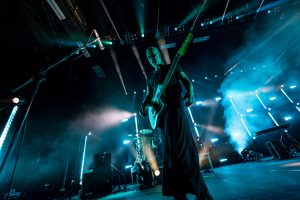 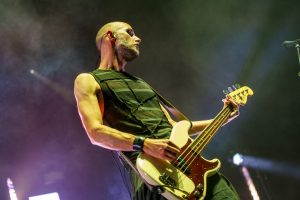 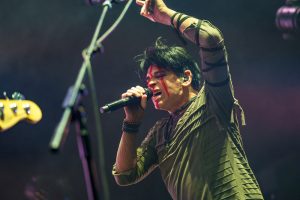 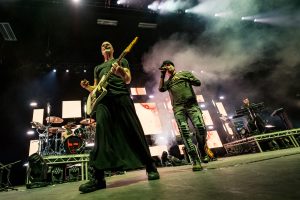 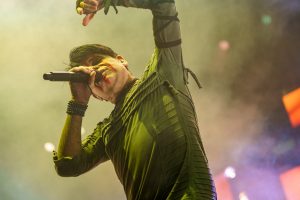 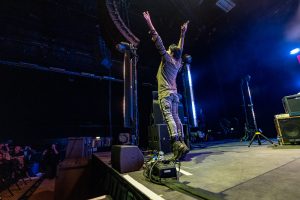 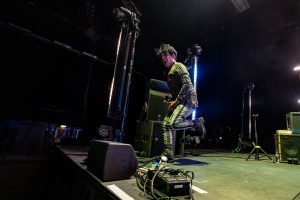 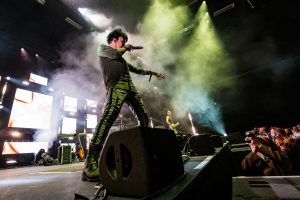 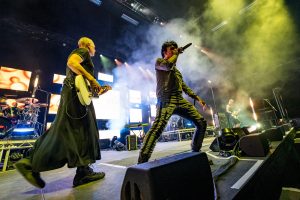 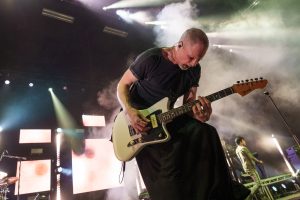 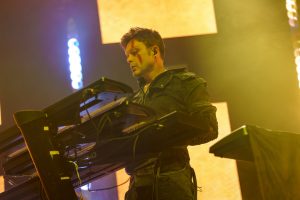 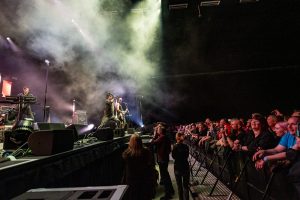 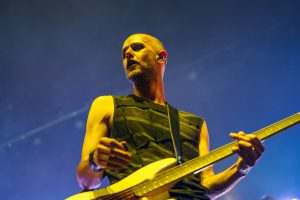 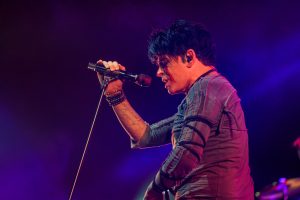 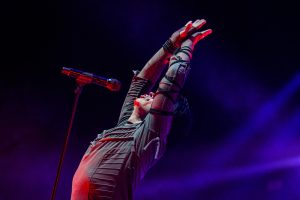 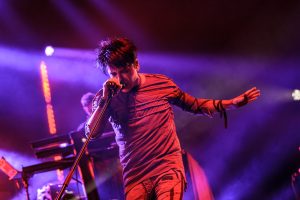 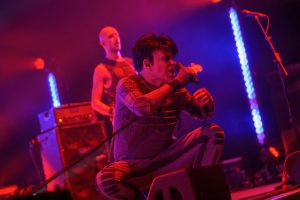 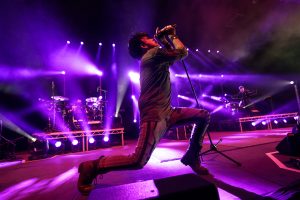 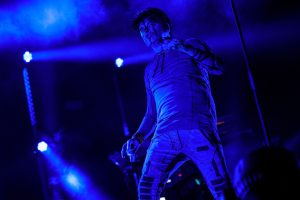 Support this evening came from French outfit Divine Shade who were stationed towards the edge of the stage with moody lighting. Their format was Ren on vocals and synth, Nico on guitar and Emile on drums, with the assistance of sound technician Pierre from the sound desk.

Divine Shade were a natural choice of support artist. I should imagine that Numan rather likes what these lads are doing. The longer they played, the better they got, or is that they ground down my defences the more they went on. I was not alone, the crowd was in the main well behind them. ‘From The Sky’ was a highlight which was only eclipsed by the closing number ‘Black Birds Return’. I would see these guys again. 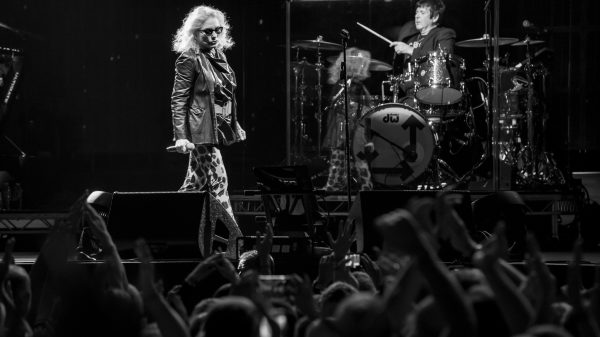