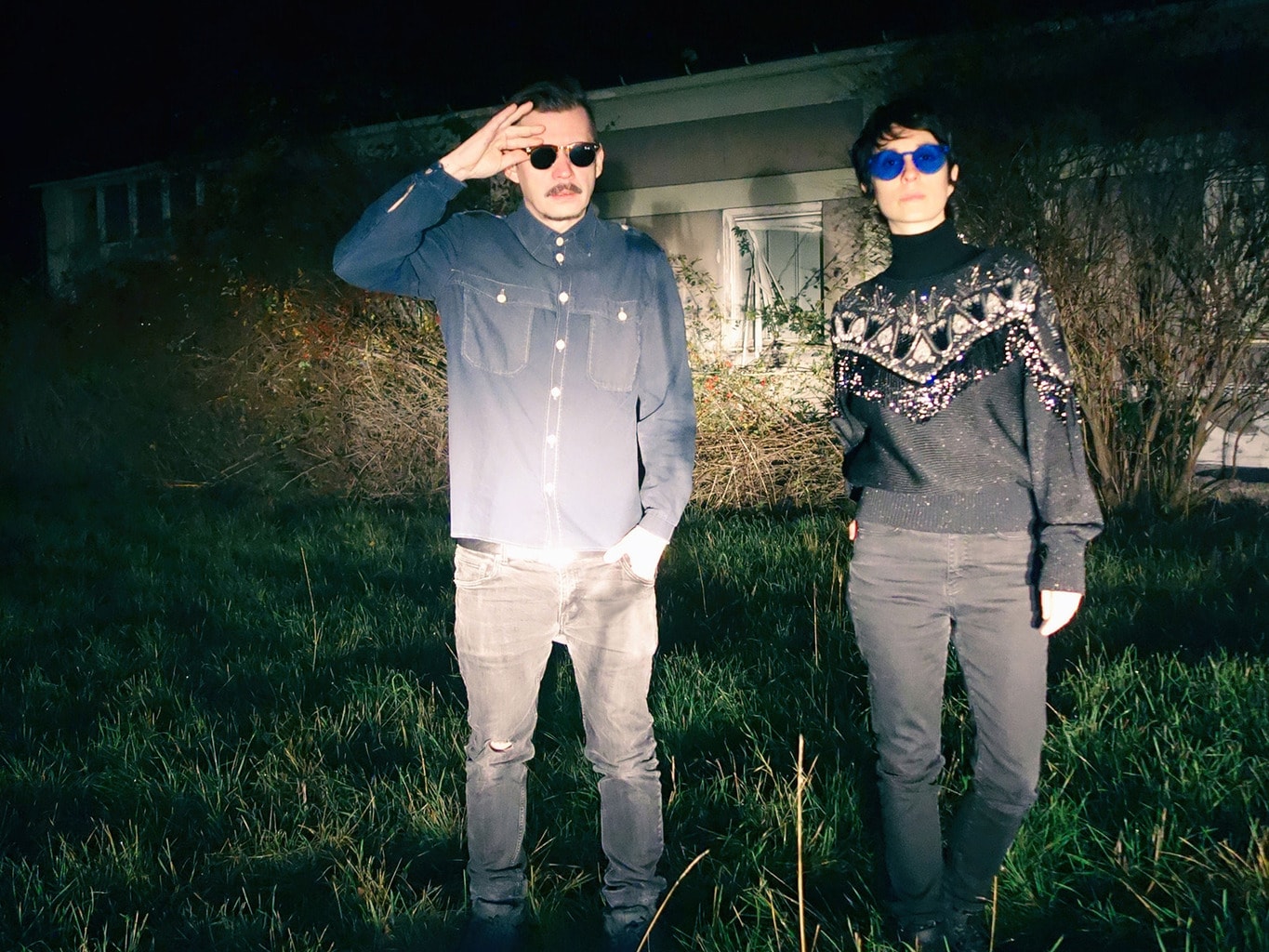 Russian-Swedish duo GHLOW have announced that their debut album ‘Slash and Burn’ will be released 02 April 2021 via underground icons PNKSLM Recordings. The album is a thrilling clash of punk and electronica that fizzes with a furious energy and is telling of its creators’ unique musical and artistic journeys. Its first single ‘Hold On’ sets up dramatic juxtapositions of sound, which are indicative of the album as a whole.

For Emille de Blanche and Nikolay Evdokimov, their first album as GHLOW represents a rebirth. Both are multidisciplinary creatives; de Blanche works primarily in sculpture, whilst Evdokimov is a tattoo artist. Both have colourful musical backgrounds stretching back decades; de Blanche is a former child prodigy violinist who took up the instrument at the age of two, while Evdokimov, a Russian native, formed his first, politically-charged bands in the early nineties, against the backdrop of the fall of the Soviet Union.

“We came up with a lot of ideas we wanted to develop,” explains de Blanche of their initial union. Her previous bands had seen her turn her hand to everything from post-rock to hip hop. “We realised that, together, we could pursue them. We both wanted to experiment. There had always been weird, genre-bending stuff we’d wanted to try out in previous bands, but we couldn’t get whoever we’d been working with to go with it. Now, we could just put all of that away and follow our instincts.”

The division of labour is equal across the board; de Blanche handles vocals, bass and the band’s art direction, with Evdokimov on guitar, synths, drum machines and production duties.

They share influences too, running the gamut from Dead Kennedys to The Prodigy, as well as fellow Swedes like revered post-hardcore outfit Breach and doom metallers Switchblade. They agree, though, that their joint outlook on music runs deeper than that: “It’s always been about emotion and passion, for me,” says Evdokimov. “That’s more important to me than genre. I have to understand the outlook of the artist; I need to be burned by it a little bit, almost.”

de Blanche’s razor-sharp lyricism blends the personal and political to stirring effect, and ‘Slash and Burn’ could be read as a cutting treatise on Sweden in 2020. She’s keen to leave the interpretation to the listener, though, and the pair insist that her words are only one part of what is a scorched-earth mission statement – a manifesto announcing a powerful new moment both for themselves and for rock music. “There’s a rawness and a violence to ‘Slash and Burn’, but that’s not necessarily a bad thing,” says Evdokimov. “It’s about starting again. You might be chopping things down, or setting fire to something, but that’s a reset – something positive comes out of the flames.”