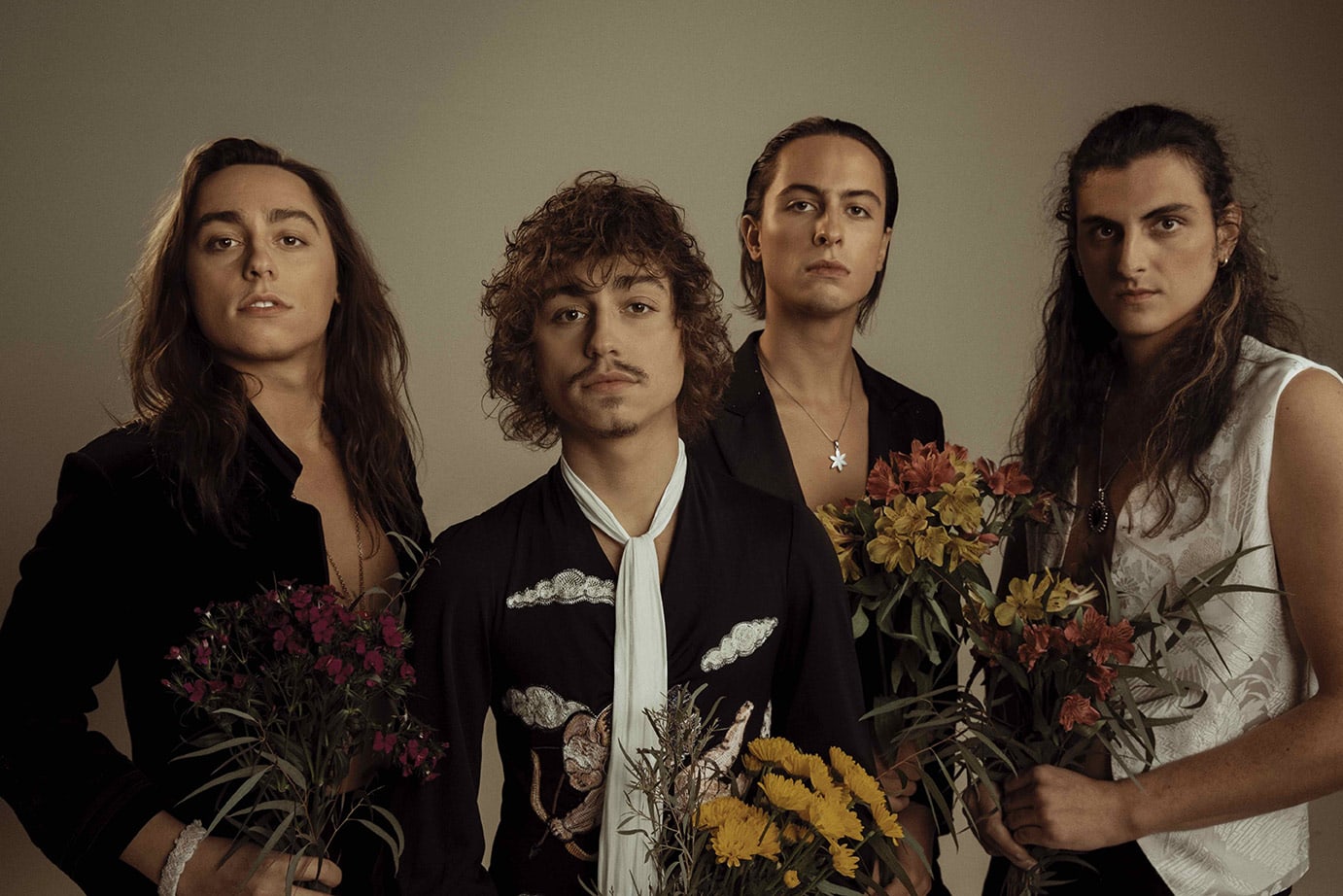 The video creates a new universe filled with symbolism and open to interpretation, with whispers of reflections on modernism. It is a response, a tiny piece of art in a very large conversation – four brothers and friends who spend very little time online, filled with questions – where is technology taking us, what does it all mean, and what are we trading in exchange?

The video addresses the crumbling beauty around us, but leaves the final significance to the viewer, whether that narrative be focused on climate, industrialism, intimacy, self confidence, tradition, humanity itself, or otherwise. The only clear concept in the video is that the band chooses life.

The ‘Age of Machine’ music video was co-directed by Greta Van Fleet and Matthew Daniel Siskin. The song was released last Friday with the announcement of The Battle at Garden’s Gate, the band’s new album due out April 16th, 2021 via Lava/Republic Records and EMI Records in the UK.

In this article:Age Of Machine, Greta Van Fleet, Rock, Video