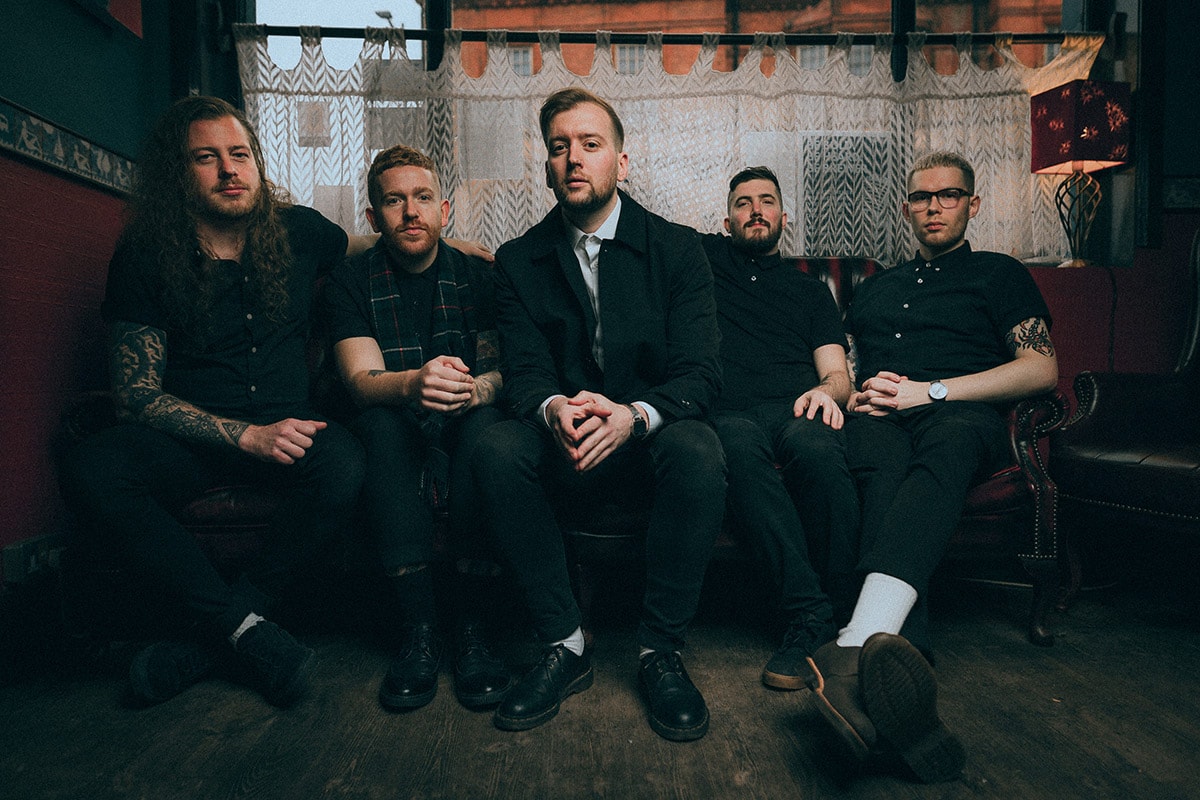 After adding the likes of BBC Radio 1’s Daniel P. Carter at The Rock Show, celebrated punk rock troubadour Frank Turner, and Kerrang! Magazine to their growing list of supporters this year, Lincoln-based HELL’S DITCH are back with their third single to date, available to stream today through all good digital service providers.

Produced by Sam Cook (Ducking Punches, Harker) and Mass Giorgini (Rise Against, Anti-Flag, Alkaline Trio), ‘The Likes of Us’ is the third track to be shared by the band. A defiant dose of turbo-charged punk rock, the song also packs an important political message, as vocalist Nick Davis explains:

“The likes of us is a statement of intent against the socio-political landscapes that serve to keep the many at the bottom and the few at the top. The revolution will take many forms and although it will not be easy, it will come. You can feel it in the smallest of acts, in kindness, in curiosity, through empathy and through unity”.

Releasing their debut singles at the start of the year through a trio of independent labels (Disconnect Disconnect, RoseColoured Records, Bypolar Records), the band were preparing for a busy year of touring and summer festivals including Manchester Punk Festival, and Call of the Wild Festival, as well as a sold-out hometown release show – all of which were cut short as COVID-19 began to take root.

Despite the hurdles, Hell’s Ditch managed to hit the ground running earning the ear of BBC Radio 1’s The Rock Show DJ Daniel P. Carter, BBC Introducing DJ’s, as well as John Kennedy at Radio X and personal selection from celebrated punk rock troubadour Frank Turner in his personally curated ‘One Foot Before The Other’ playlist.

“It was possibly the worst time to launch a new musical project, but we’ve rolled with the punches. We’ve been recording as much music as we can, filming music videos in lockdown, making artwork and merch, and keeping things moving. What else is there to do?” explains drummer, Jimmy Taylor.

Earning their stripes in the underground touring circuit, the members of Hell’s Ditch met while

stages with the likes of Anti-Flag, H2O, Reel Big Fish, Mad Caddies and The Swellers as well as appearing at the prestigious Download, Groezrock, El Topo Goes Loco and Rebellion festivals during their tenures. After these acts dissolved the group joined forces to begin crafting a set of songs with the intention of making it their most ambitious work to date.

With a number of festival appearances and headline shows shelved due for 2020 due to the Covid-19 pandemic, Hell’s Ditch have begun to announce the first of their planned UK tour dates for 2021, including a string of shows with Chicago punk export Kali Masi. Tickets are available here.