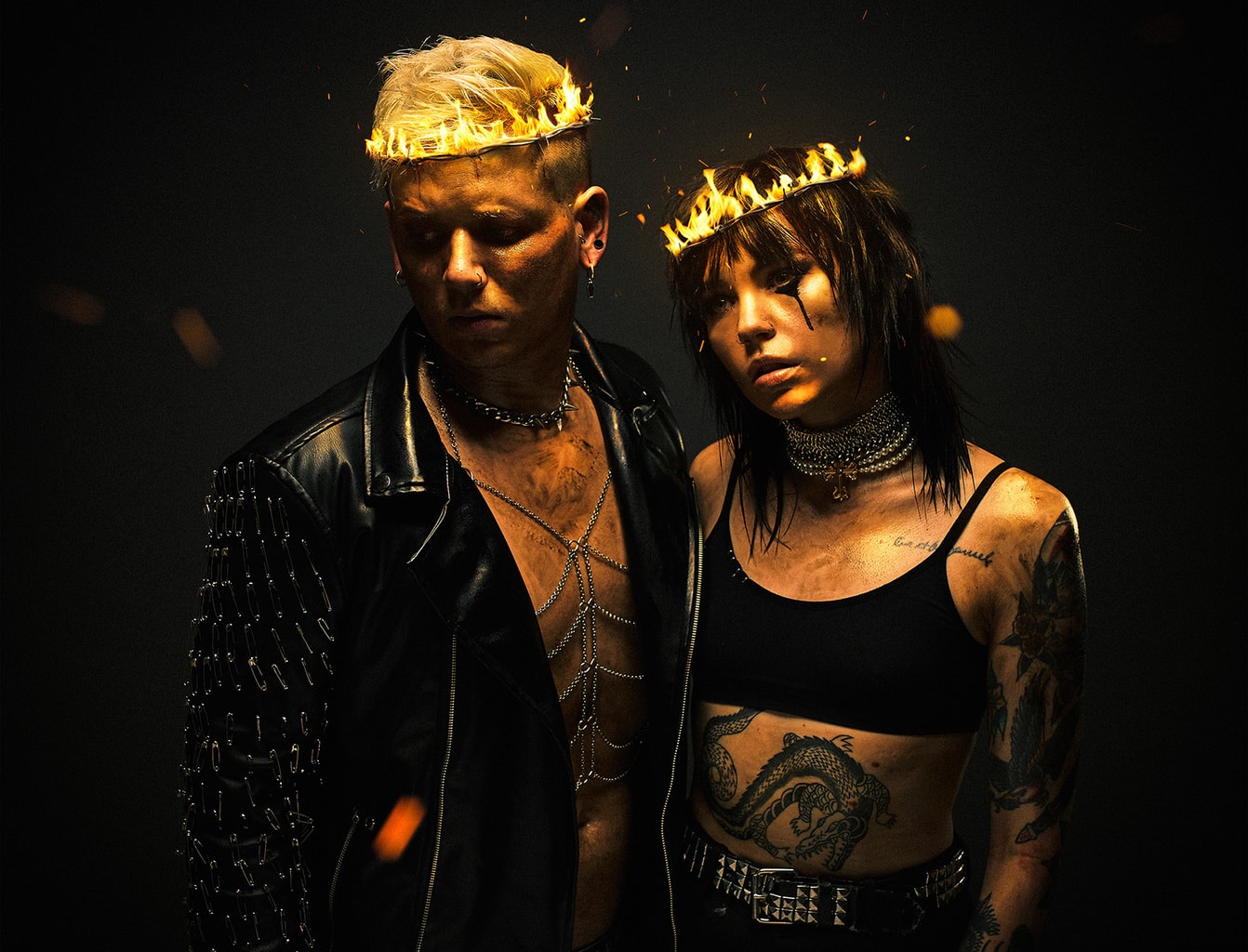 Check out the new video above for latest single ‘BAD INFLUENCE’

Manchester, UK – HOT MILK are back and here to create a ruckus. Telling a story of tearaways, delinquents and being the King & Queen of their own dark underworld, fighting the patriarchy.  Hot Milk deliver that infectious rage that can only come from being the outcasts and now are taking back control to create a movement of their own with forthcoming EP “The King And Queen Of Gasoline” – produced by Hot Milk is out 5th August 2022 on Music For Nations.

Lead single “Bad Influence” is about just that explains Han Mee “we’ve been told we’ve been a bad influence since we were kids, so u know what, maybe we are? but it’s only coz we have a thirst for life n go against the traditional.”

Jim Shaw continues “We were made to feel bad for following the our hearts n our passion, we got ousted by family and by peers for being who we are. We know where we’re going and what we want and it’s to be open, happy and live fast n free.”

The six track EP follows on from 2019’s ” Are You Feeling Alive?’ and 2021’s “I JUST WANNA KNOW THAT HAPPENS WHEN I’M DEAD” which not only garnered 30 million streams, it propelled them into the spotlight with both critical acclaim and winning tours with the Foo Fighters, The Band Camino, Pale Waves and more.

“The King And Queen Of Gasoline ” EP creates a storyline of overcoming resistance from control, whether its parental or relationships that have evoked feelings of being stifled and judged. These themes are threaded within the music which has become a lifeline to the band.

“We wanted to personify this feeling of oppression and give it a face, the bunny cult you’ll see visually throughout the record gives us something to rage at.” says Jim Shaw.

“The record has come straight from our veins, written and produced by us in a bedroom in Salford” says Han Mee. “This has been a labour of love, almost hate and therapy all in one. Through this record we want to create n intentional space where liberation and the ability to be free of expectation can be lived. We are the King and Queen Of Gasoline. The best at nearly ruining it all, fucking up and everything nearly going up in flames.

The King And Queen Of Gasoline EP Tracklisting

The King And Queen Of Gasoline

Fell In Love With Someone That I Shouldn’t Have

The Secret To Saying Goodbye

The King and Queen of Gasoline comes on CD, white opaque vinyl, and a limited edition translucent red vinyl available exclusively through the band’s store.