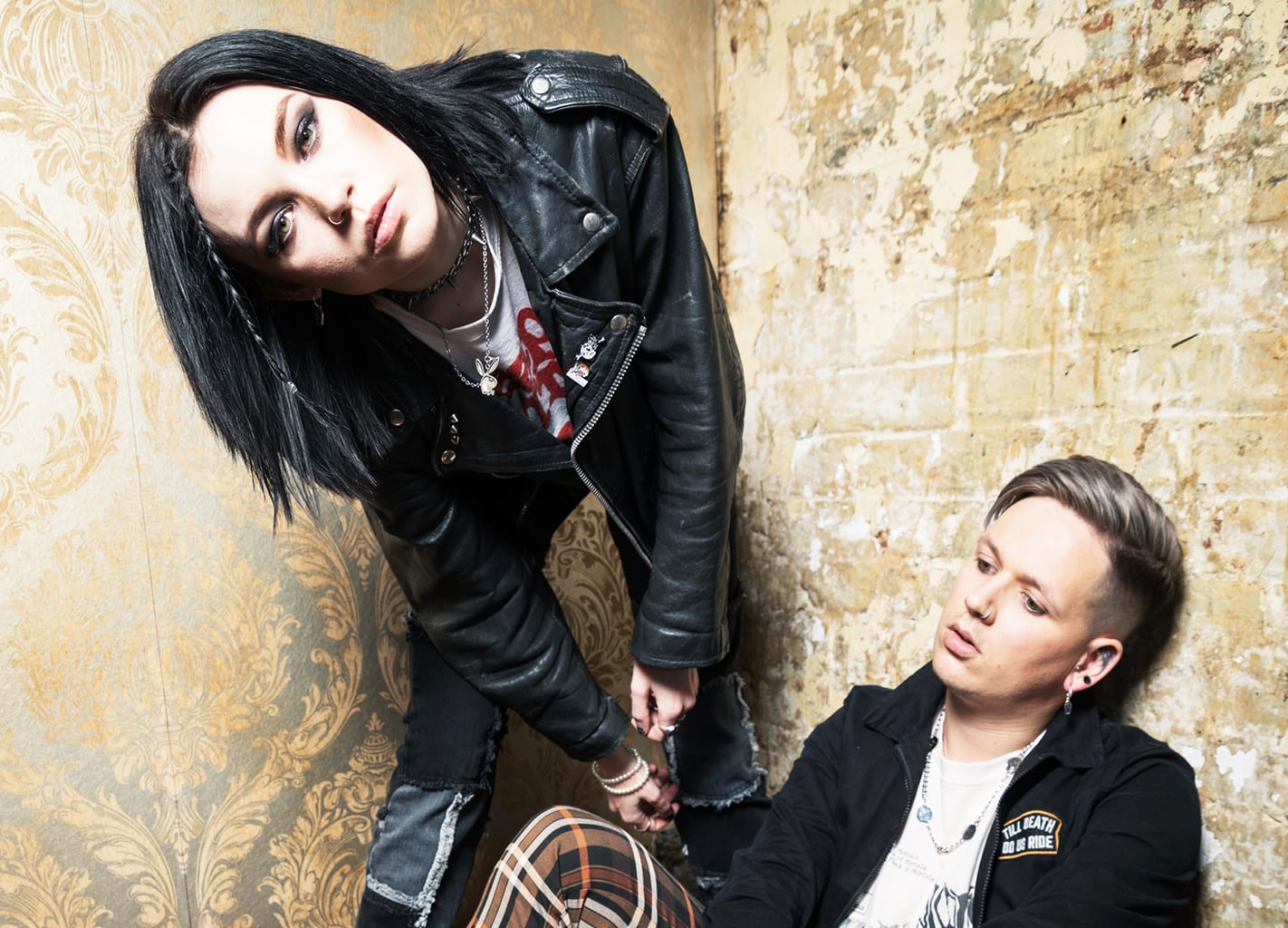 taken off the highly anticipated new EP out 10th September 2021 on Music For Nations and the new video will premier at 5.30pm today.

“When we sat down to write this, life was bleak.” says co-vocalist Jim. “Touring had stopped, people were dying and whatever purpose and path I had in life became obsolete. I’d never had to properly deal with sitting down with my thoughts as company. I was angry a frustrated at myself. I knew Han was in the same place, so this concoction of self-loathing and desperation began to write itself.”

“The song is the anthem of my life. I don’t know why I do these things to myself but I just self-sabotage and hope it’ll make a difference when it never does.” says Han. “For me, this is cathartic and it’s my truth, the saddest realist song dressed up in a happy melody. Fuck it, yeh I hate myself but now I’m at rock bottom you can’t take anything else, and you will never stop me singing.’

Listen to the track on streaming services here or check the video below at its youtube premiere at 5.30pm BST.

The band recently played the Download Pilot Festival to rapturous reviews and an ever growing audience, all ready for the forthcoming EP ‘I Just Wanna Know What Happens When I’m Dead’.

The EP was produced by co-vocalist Jim Shaw & lyrically explores a more personal approach with the band bottling the anxieties and frustrations of their everyday lives. ‘Woozy’ openly tackles depression, ‘Good Life’ takes on societal corruption and the distribution of wealth, while elsewhere the band address the pursuit of happiness in a modern world.

“These songs are honest,” says Han. “I have nothing to hide. It’s the world we live in, it makes people sad. Capitalism. Is it broken? 100 per cent. I’m angry that the fact that we’re sold a world that actually doesn’t make you have inner peace. Humans need love and community and a lot of the time, there is no love and the community has dissolved.”

“We’re angry, both politically and existentially in terms of the system we now live in. But also, we’re angry at the fact that we’re sad quite a lot,” continues Han. “But we’re trying to not just sit there and take it. We’re trying to fix it, by building a family through this band.”

“Life is fragile,” says Jim. “You can’t take things with you, but you can make the best memories. That’s the most important thing in life. Your currency is your memory. What you can take with you is something that absolutely makes the blood pump round your veins and gives you goosebumps,” agrees Han. “That’s what this band is to us. It’s our passion. That’s what this EP is about.”

I JUST WANNA KNOW WHAT HAPPENS WHEN I’M DEAD

I Think I Hate Myself

The EP comes with an exclusive range of pre-order merchandise and a limited pressing of heavyweight purple opaque vinyl & CD options too.

HOT MILK will be playing at festivals this summer:

The record follows the success of the band’s first EP, 2019’s ‘Are You Feeling Alive?’, a fizzy collection of gutsy emo-pop which established them as one of the most exciting new bands in the UK. Their 2019 was a whirlwind year that saw them tour with Foo Fighters, Deaf Havana and You Me At Six, as well as playing some of the UK’s biggest festival stages.

In this article:Hot Milk, I JUST WANNA KNOW WHAT HAPPENS WHEN I’M DEAD, I Think I hate Myself, New EP, Video

Dragged up from the gutters and back alleys of London’s ripe underbelly, the four members of Seven Days and Doesn’t Die have long formed...