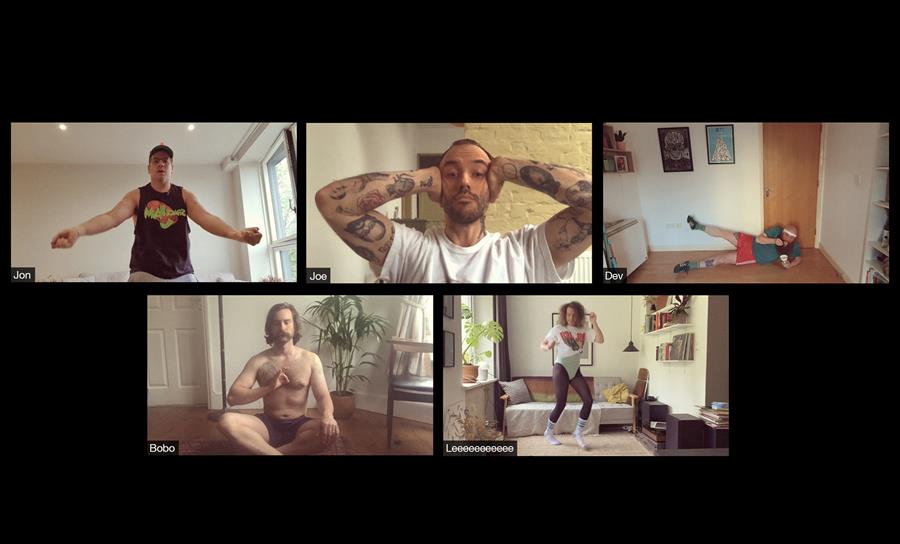 Today, IDLES have returned with a new track – “Mr. Motivator” – a battering ram of positivity that’s also the first preview of their highly anticipated third LP due out later this year. The song doubles down on the (self-admitted) sloganeering and social commentary that’s become the band’s signature, yet here more than ever they’re able to take clichés and turn them into music that’s deeply complex and brutally relevant. Listen/watch the accompanying self-directed music video, which features fan-sourced exercise footage and the band members themselves.

IDLES frontman Joe Talbot says of the song: “We want to start this journey with a means to not only encapsulate the album’s sentiment, but to encourage our audience to dance like no one is watching and plough through these dark times with a two tonne machete of a song and the most beautiful community of scumbags ever assembled. Let’s go. All is love.”

IDLES last album ‘Joy As An Act Of Resistance’ was one of the best reviewed rock records of 2018, debuting top 5 on the official UK album charts. ‘Joy’ earned the band instantly legendary performances at Glastonbury, Jools Holland, NPR’s Tiny Desk, and sold out tours across the world. They featured on the covers of DIY, Loud & Quiet, NME, Kerrang!, CRACK and So Young, as well as earning high praise from many more. They also won the coveted Ivor Novello Award for Best Album, and were nominated for the Mercury Prize and a BRIT Award. All 10,000 tickets to the band’s Dec 2019 headline performance at London’s Alexandra Palace sold out in under 24 hours.