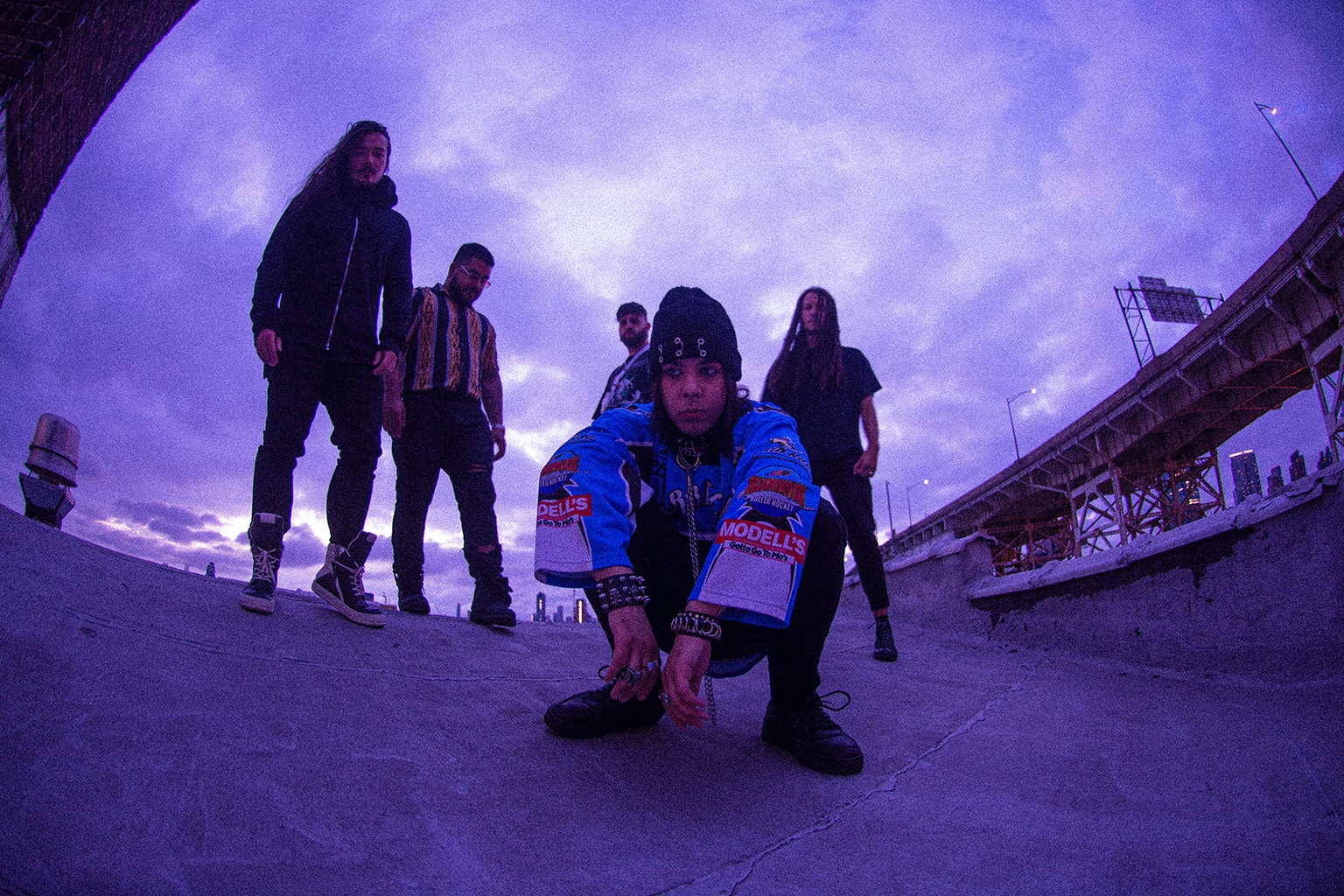 Continuing to operate outside the recognised norms of the music industry, 333 Wreckords Crew are collaborating with visceral New York band Jynx for a one-off single release in a move that puts the ball in the artist’s court.

Says 333 Wrecks instigator, and frontman of acclaimed band and activists Fever 333, Jason Aalon Butler: “We feel like Jynx are doing something very special, as people and as creatives, and we just wanted to be a part of it so we’re putting out a song together. We didn’t ask them for anything other than this one song that I loved, I thought was amazing. So we’re putting out a song. One damn song.”

‘All In Caskets’ is a highly-original, no-holds-barred marriage of metal, hardcore and hip hop that brings forth a chaotic surrealism, defying conventional tropes. “The process was a trip for sure,” says vocalist Tommy Roulette of bringing the single to life. “It was our first time recording in LA with Zach (Jones – producer). We loved working with him so much previously that we were willing to take the trip out to make it happen, after he’d relocated. We really wanted a chaotic experience that was also clear, to the point, and structured without actually being structured if you can dig it. Something that’s also important to us is that we really want to push the legitimacy of metal hip hop hybrids to modern hip hop fans. We all grew up on similar music and hip hop has always been a driving force in NYC, whether you appreciate the genre or not. When writing lyrics for the song, I locked myself in the backroom, came back out, then we all figured out a way to make it hot which is how we mostly do it. All In Caskets means everything to me. Writing it back in January 2020 before everything would be screwed a couple months later really spoke to us on a different level. The song kept feeling realer as the months went on so when we finally filmed the video, we knew exactly how we wanted to approach it. Don’t fall for people’s fake activism, but be aware of who actually wants change in an effort to make our world better. Don’t let fear control you”

Guitarist Jerry DeLorenzo agrees on the personal importance of ‘All In Caskets’: “The song/video means a lot to me personally, because it’s the first time I really had a creative direction come to fruition exactly how I pictured it. We wanted the transition in the middle to feel as jarring visually as it is audibly. Lyrically it felt like the time to talk about challenging what you see and hear and to do better by looking at the bigger picture. We live in an era where misinformation, disinformation and fear tactics are used for monetisation, and there is no way that’s healthy for anyone.”

In this article:333 Wreckords, All In Caskets, Fever 333, JYNX, new single, Video