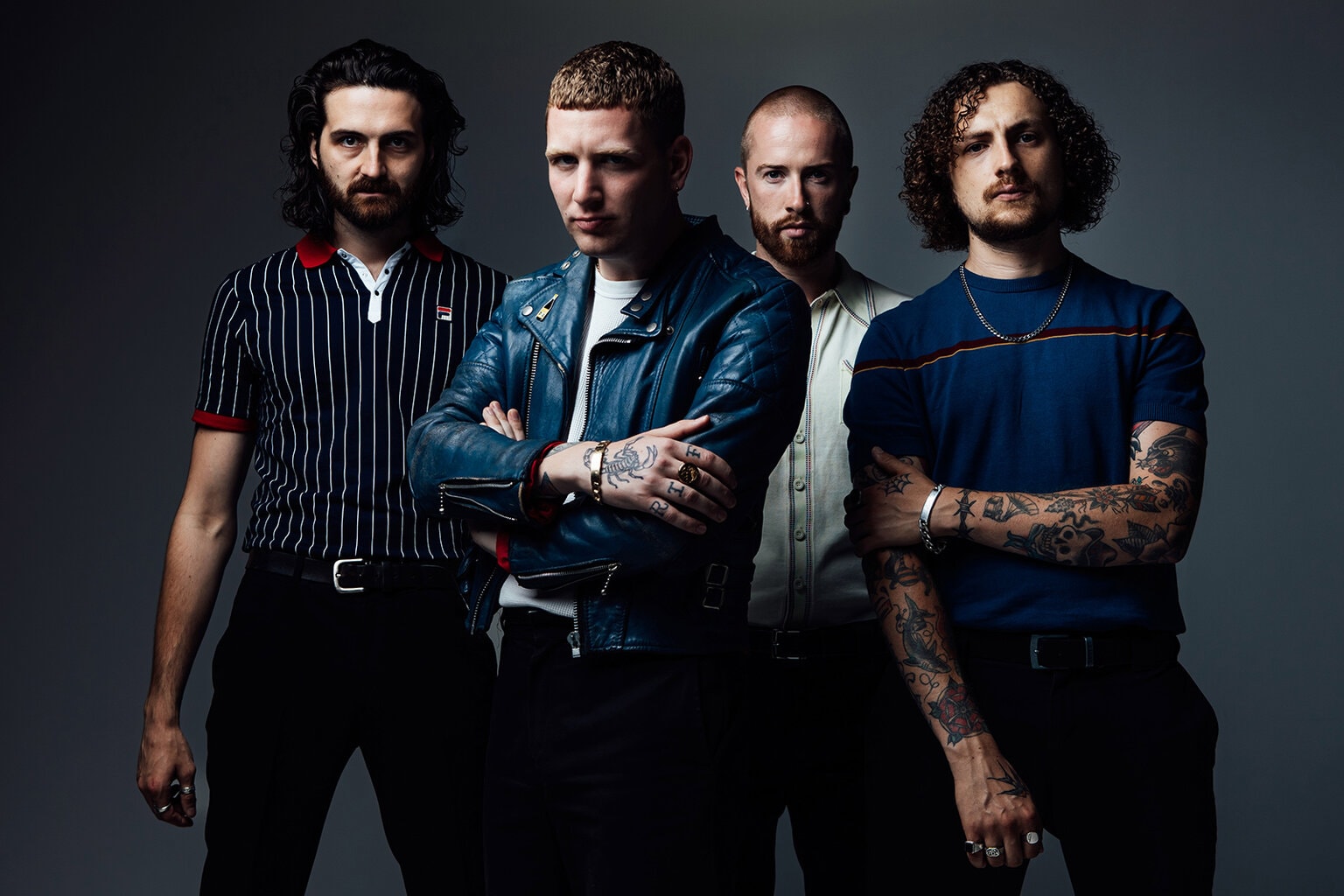 KID KAPICHI – HERE’S WHAT YOU COULD HAVE WON

Hastings four-piece Kid Kapichi’s time appears to have come, with their contemporary take on power-punk and angry, agit-pop lyrics providing the perfect soundtrack to the current social, political and economic malaise.

It’s been a long hard slog to wider public attention via the do-it-yourself route, but their tenacity was rewarded earlier this year when they signed to Spinefarm Records, the specialist heavy music subsidiary of Universal Music Group. Whilst early singles and E.Ps, along with debut long player This Time Next Year, were self-released, they now have a worldwide deal for sophomore collection Here’s What You Could Have Won. Don’t expect the “difficult second album” written on the tour bus, though. This is as sharp and incisive and with as many twists and turns as a roll of razor wire.

As is the modern way, we have already had extensive previews with five tracks previously out as singles. Lead release ‘New England’ opens the album with a lively swipe at the racism, xenophobia, and insular mentality that still worryingly afflict British society and make their presence felt in elections. Underpinned by super-heavy riffing, the track receives additional gravitas via a searing guest verse by rising grime-punk star Bob Vylan. There are plenty of hooks delivered via a naggingly catchy two-part chorus, but it’s the playout chant that really chimes:

“You ain’t shut them out, ya just locked us in.”

‘Rob The Supermarket’ is also familiar as a recent single. It bounces along nicely, embellished with a catchy backing vocal figure, before switching to a more insistent chorus with a delightfully ascending chord pattern. Topical amidst the current “cost-of-living crisis”, the lyric sets out the moral dilemmas facing those at the end of their tether. Another single, ‘5 Days On (2 Days Off)’ relates the workaday grind over staccato riffing, a sweeping chorus, and a strikingly poppy bridge section. Current single ‘I.N.V.U.’ revisits the obsession with social media and surface appearance explored by ‘Glitterati’ on the first album. It has a slightly lighter feel, punctuated by a repeated funky guitar figure.

‘Super Soaker’ is the first track we encounter that is previously unreleased. Ostensibly about procrastination, the lyric has a lot of fun stringing together a catalogue of rhymes over a lilting bass riff.

The eerie sustain of the stunning lead guitar break reminds me of the sounds Adrian Belew provided on David Bowie’s Lodger album.

There’s one more song that is familiar as a single, and of course, it’s the super-topical ‘Party at No. 10’, hastily written and released in response to the blatant hypocrisy revealed by the recent “partygate” scandal. A wistful acoustic number, the lyric is a merciless jab of polemical parody: “Don’t get excited, you’re not invited to the party at number 10, ‘cause it’s one rule for you and another for them”.

Overall, the album is a contemporary-sounding type of modern rock, with hints of electronica layered over heavy riffing. On ‘Cops And Robbers’, shimmering arpeggios bubble over a brooding bass growl, whilst ‘Tar Pit’ goes fuzzier still, augmented by bursts of processed vocal and building towards a crescendo of sequenced keyboards that sounds almost orchestral. Bands like Kasabian and Muse have enjoyed enormous commercial success doing something broadly similar, so it’s nice to imagine that Kid Kapichi could espouse the cause of social justice to a similarly broad audience one day.

There’s a brief digression with ‘Never Really Had You’, a reflective piano-led piece with a vibe reminiscent of ‘Hope’s A Never Ending Funeral’ on the first album. The song builds steadily, snowballing with added layers of string sounds as it gathers momentum. Unsurprisingly, ‘Smash The Gaff’ is heavier, returning to the riff-and-electronics combination. A manically busy guitar cavitates like a whirling propellor over a creeping angular rhythm. It’s sonically adventurous, with the guitar soaring as the jarring underlying groove moves through an interesting tempo build.

The album concludes with ‘Special’, another reflective piece that builds inexorably towards a monumental climax, like a dystopian power ballad. The mood is bleak, with the opening line echoing (appropriately) The Specials’ ‘Ghost Town’: “All the clubs have been closed down.” If you were looking for a new song to reflect the current zeitgeist, look no further. A weirdly processed piano provides a suitably ghostly ambience. Guitars, gently twanging at first, layer over rumbling drum fills and steadily expand to create something truly epic.

Kid Kapichi are a band very much in tune with the times we live in. With their second album, the energy and passion of their debut has been further refined and finessed into something that could potentially have a much broader appeal. With the band’s undoubted drive and determination to succeed, those rabble-rousing agit-pop lyrics could soon be finding plenty more ears to listen.

‘Never Really Had You’

In this article:Album review, Here's What You Could Have Won, Kid Kapichi, punk