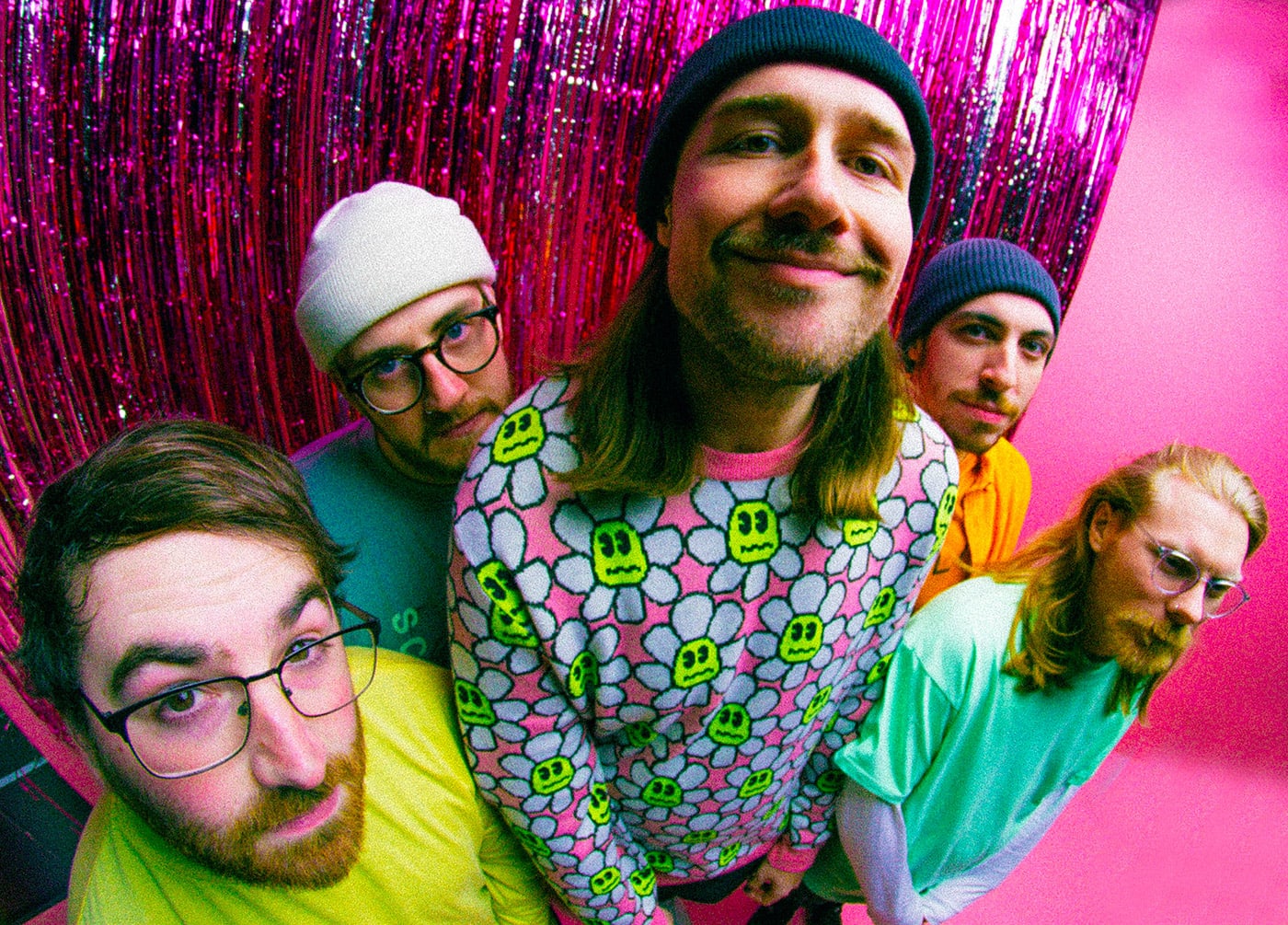 London punks Out Of Love are pleased to announce their return with their forthcoming second EP Funny Feeling set for release on 16th April 2021 via Gallows’ label Venn Records.

As a first taste of the record, lead single ‘Play Pretend’ is out now, accompanied by the band’s first full official music video.

“‘Play Pretend’ is about that self-destructive urge to ‘start over’—not wanting to deal with your problems, traumas and life. Just wishing to press the ‘reset’ button. I think we all feel like this at some point in our life…the idea of having a fresh start sounds appealing but unless you deal with those feelings and problems within your world those issues will follow you wherever you run.”

“This song is for anyone at war with themselves. Whatever your fight is, be proud that you’re pushing through, owning your insecurities and growing as a human. Never give up—even the days when you don’t wanna be you. We are all beautiful, messed up, scared people in this together, forever. Be kind always and be proud that you are you!”

Building the sets for the video themselves, the band tried to keep the same DIY ethos they’ve always approached things with, even though the shoot was a real departure from creating and editing their own videos on iPhones and iMovie.

“We had to learn ‘on the job’ but luckily it turned out great!” enthuses Rogers. “The walls, floor and pretty much everything was made out of paper. One false move and we could have ripped the whole set to shreds—I’ve never been so scared and cautious of where my arms and legs were going whilst shooting. No matter where we go with this band I always want to bring our hands-on attitude into everything we do. I love being part of something so creative and self sufficient. I think it’s important bands have that and keep that. Too many get lazy and start paying others for ideas. The fun part is the creativity, and if that’s not coming directly from the artists then whats the point? Don’t buy yourself ideas. Don’t be that band!”

With a grunge-tinged punk sound that fans of Culture Abuse, Gnarwolves, Drug Church, and Milk Teeth will find plenty to revel in, the band made a huge splash (no pun intended) when they dropped their incredible, and very wet, music video for ‘S.L.U.M.P’ back in February of 2020—the track was picked up by BBC Radio 1 and Kerrang! Radio, and soon enough Out Of Love were the band on everyone’s lips, with coverage from Rock Sound, Kerrang! Magazine, DSCVRD and more.

Their 2020 debut EP I Am Not Me was released in July 2020 and contained four grunge pop anthems about growing up and finding meaning on this deeply problematic planet we call home.

OUT OF LOVE online:

In this article:Funny Feeling EP, grunge, Out Of Love, Play Pretend, punk