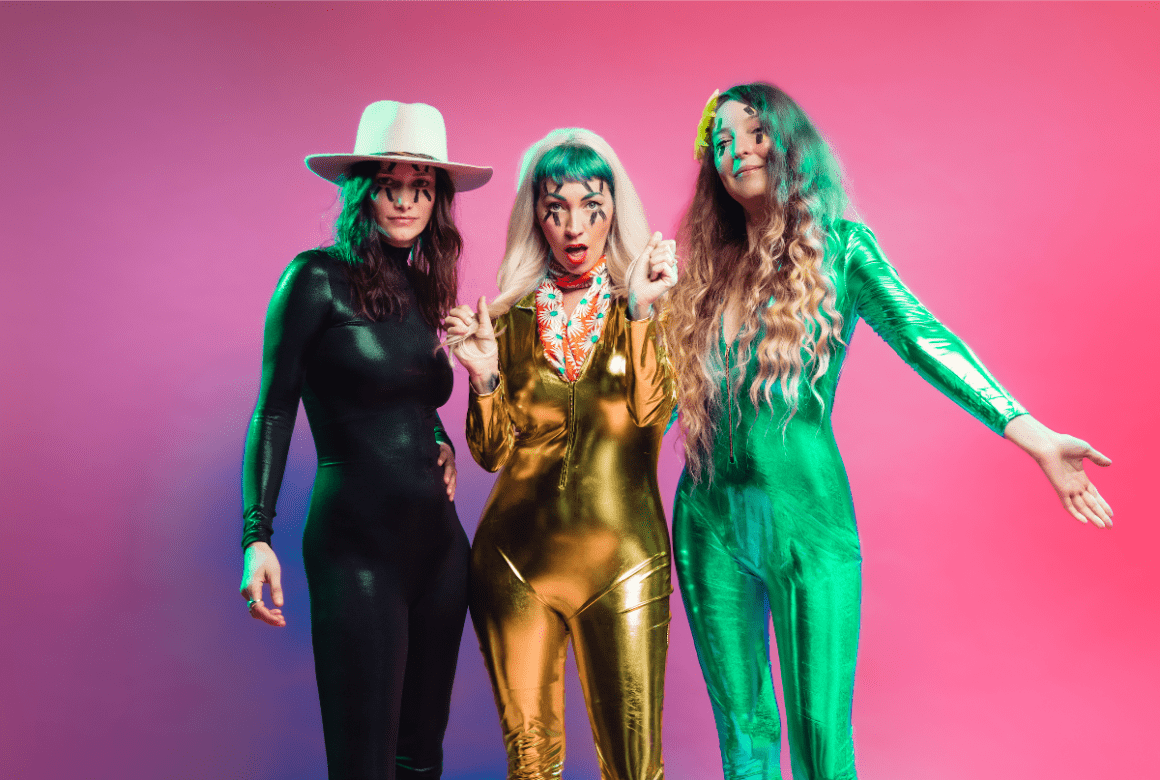 THE DEAD DEADS, the Nashville-based power trio that combines elements of alt-rock, punk rock, and metal into a fingerprint-distinct blend, have shared the video for “First Tooth.”

The song appears on their forthcoming album Tell Your Girls It’s Alright, out August 20 via Rumble Records. Pre-order it here.

When the band first started mixing the record, it was quickly a favourite of producer Matt Mahaffey, who likened it to a “hard rock TLC” or a “hard rock Lizzo.”

“It’s just one of those songs that has a hard swing to it — like it would make you walk with more swagger if it was in your earbuds,” says drummer McQueen Dead.

“It’s a little different for us, and if you have a problem with that, please refer back to our other single off this record ‘Deal With Me,'” says guitarist Meta Dead. “When I was writing the lyrics, I was thinking about all the times I’ve been told I was ‘too this’ or ‘too that’ to amount to much. I finally realized the story is in MY hands, not theirs. Nobody is gonna do the painful part for me — nobody’s gonna shake loose what’s holding me back. That’s my job. The song says, ‘Why dontcha check around and find something loose.’ Maybe that’s a lover, or a job, or a bad habit. If it’s messing you up or holding you back, you need to pull that out. No one is gonna do that for you. Life is painful — to think you can completely avoid that is silly. This song is trying to take a really stressful part of life and break it down to a fundamental level. Think about being five — grab that tooth, give it a twist, and take the first step towards growing up and owning your life.”

Bassist Daisy Dead sums it up best, saying, “And nothing says swag like a horn section.”

The band previously dropped the video for “Murder Ballad II,” featuring iconic and inimitable Slipknot and Stone Sour vocalist Corey Taylor. The song is a power ballad that builds to a gnarly crescendo before fading out and leaving you wanting more. So. Much. More. Watch the video here.

ABOUT THE DEAD DEADS:

The Dead Deads play with metal and grunge riffs and fashion them into pop hooks, laced with dynamic vocals that range from sweet melodies and harmonies to screams and even the occasional growl. The end result is sonically exhilarating. The Dead Deads have established themselves as a live act not to be missed, performing on more than a dozen U.S. tours, two Canadian tours, and four cruises. They were also invited to join tours with Seether, Bush, Chevelle, Stone Sour, and other national acts. To date, the trio has released a live album, two studio albums, and a split 7-inch single.

In this article:First Tooth, new single, Tell Your Girls It's Alright, The Dead Deads, Video