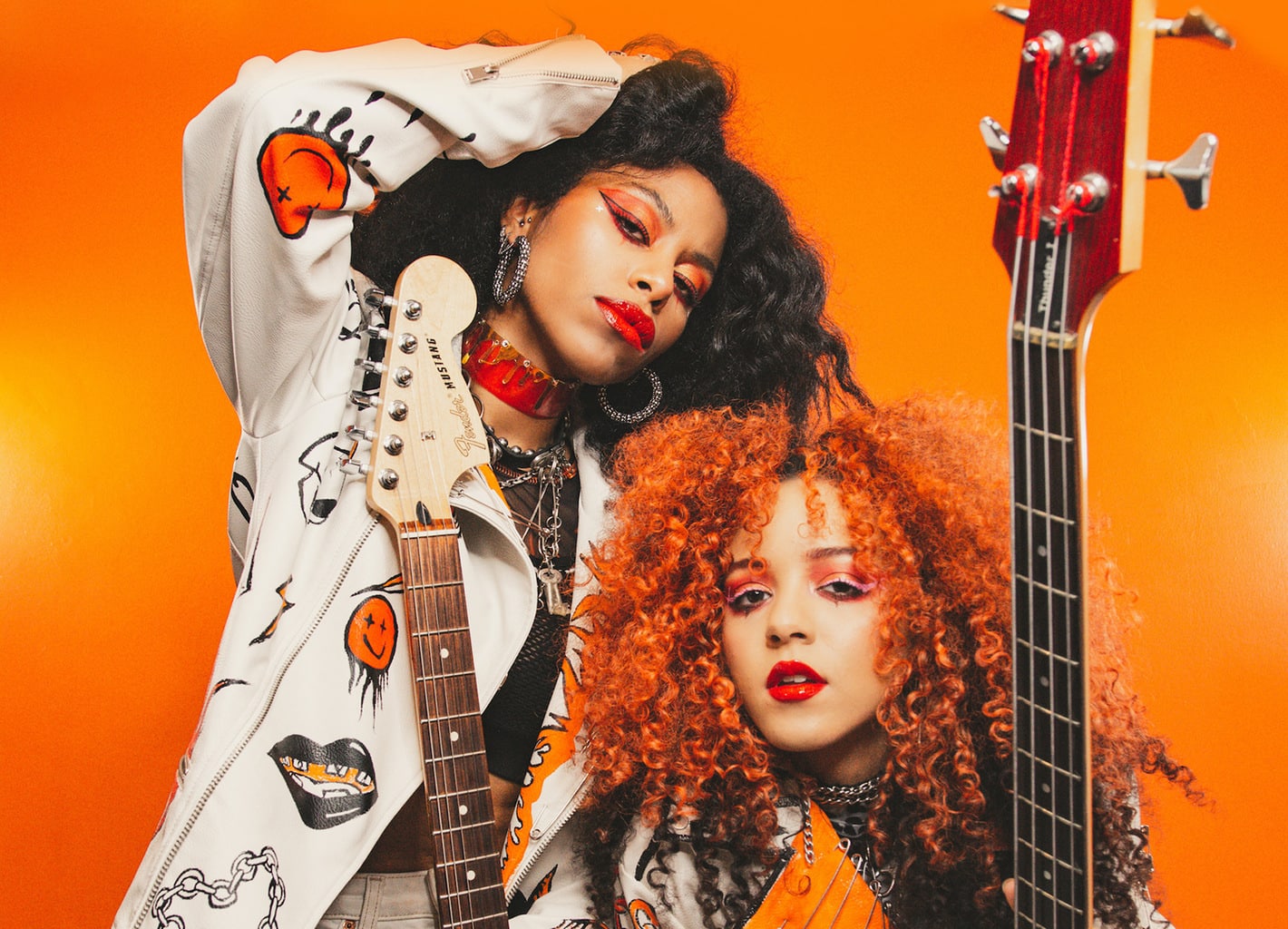 Nova Twins Supporting Enter Shikari across the UK this December

This rework follows the Fever 333 Remix of “Undertaker”, which landed last week, generating huge buzz amongst fans and across media online. Both original tracks are taken from Nova Twins’ acclaimed “Who Are The Girls?” debut album, which was released in 2020.

“It’s a kick back against the harassment & day to day social pressures that women have to endure.” said Amy Love and Georgia South (Nova Twins). “We wanted a song that makes women feel powerful, that they can say, do & wear what they want without judgement or scrutiny. Unrealistic beauty ideals & objectification have formed a toxic and hypercritical environment for women. ‘Bullet’ is a call to arms for anyone anywhere to stand up against these social norms and say enough is enough.”

Speaking about the remix, Dream Wife’s Alice Go said, “Nova Twins’ unchained power as a live unit has always taken our breath away. We love those rockers, what they stand for and how they rip it up. ‘Bullet’ as a track boldly asserts their vibe of self-empowerment, a theme that really crossed over with Dream Wife’s beliefs and ethos as a band. As friends of ours, we approached them about collaborating and doing a mix, as a way of still connecting with our musical community during the lockdown. It was so much fun splicing our sounds into one pumped-up rock track.”

As a testament to how their profile and fan base has grown over lockdown, the headline show in London has been upgraded to Heaven, a much-loved venue in the capital with a capacity four times that of the venue originally booked. No easy feat for a band that hasn’t been able to tour for over a year.

Tickets are available HERE or from www.novatwins.co.uk

Nova Twins have also been invited to support Enter Shikari on the UK run of their forthcoming tour. The shows, which take place this December, will see these fierce ladies demolish venues up and down the country, including London’s Alexandra Palace.

To celebrate the 1st Anniversary of their debut album, Nova Twins have launched a Deluxe Reissue of “Who Are The Girls?”. This limited edition product includes the new Fever 333 and Dream Wife remixes, updated artwork, propeller effect orange & blue vinyl in a gatefold sleeve with a CD insert, all hand-signed and stamped by Amy Love and Georgia South.