“For me, music and art is for people not to feel so alone and isolated; I want to be that person my fans look up to and find comfort in”.

PALE WAVES have shared the video for YOU DON’T OWN ME, taken from their recent UK Top 3 album WHO AM I? out now on Dirty Hit.

The video, self-directed by the band’s HEATHER BARON-GRACIE and her girlfriend KELSI LUCK, is a love letter to early noughties emo and pop-punk, channeling the frenetic energy of the song itself.

“You Don’t Own Me is a song for women about what it’s like to be a woman in this world. How society depicts, judges and criticises women on a daily basis,” says Heather of the track.

“This song is incredibly important to me and I wanted to represent my own experiences. I also wanted to say a big fuck you to everyone that plays by these fake delusional rules that women and gender need to fit inside a specific box.”

WHO AM I? was recorded primarily in Los Angeles alongside producer RICH COSTEY [Muse, Sigur Rós, Foo Fighters] before the Coronavirus lockdown forced the making of the album to go virtual, with Heather and Ciara remaining in LA and the rest of the band returning home to record their parts in their bedrooms.

The album acts as the Pale Waves manifesto, inspiring inclusivity, self-discovery and the notion of being whoever the hell you want to be. On the making of the album, Heather says:

“For me, music and art is for people not to feel so alone and isolated; I want to be that person my fans look up to and find comfort in”.

Consisting of frontwoman HEATHER BARON-GRACIE [she/her] drummer CIARA DORAN [they/them] guitarist HUGO SILVANI [he/him) and bassist CHARLIE WOOD [he/him] Pale Waves released their debut album MY MIND MAKES NOISES in September 2018, by which time they had already won the NME Under the Radar award, made the BBC Sound of 2018 shortlist and toured with fellow Dirty Hit label mates and mentors the 1975. When the album chart at #8 in the UK, PALE WAVES were seen as more than a breakthrough act and instead one of the most important emerging indie-pop bands in Britain.

WHO AM I? track listing:

In this article:Emo, Pale Waves, Pop punk, Who Am I?, You Don't Own Me 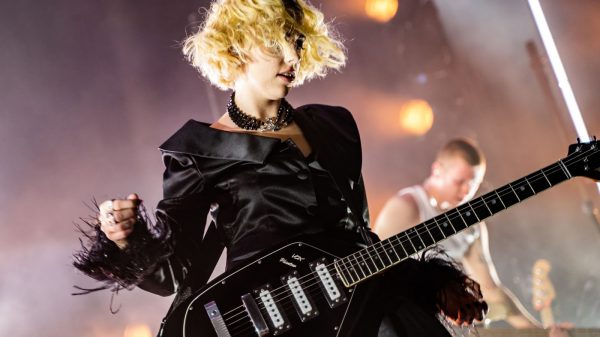 Manchester's Pale Waves seem to have come far in a short time, their first single being released in 2017 and now riding high on...

PALE WAVES embark upon their biggest UK and Irish headline tour early next year, kicking off in Bristol and culminating in a huge hometown... 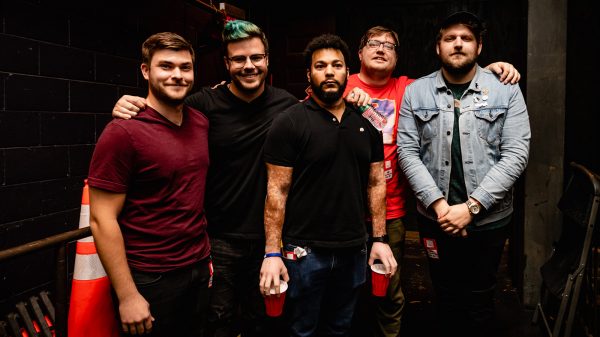 Dollar Signs have released a new song called “B.O.M.B.S.” The song is taken from their upcoming full-length album, ‘Hearts Of Gold’ out March 12...

PALE WAVES have released the video for their new single FALL TO PIECES, the final track to be taken from the band’s second album...