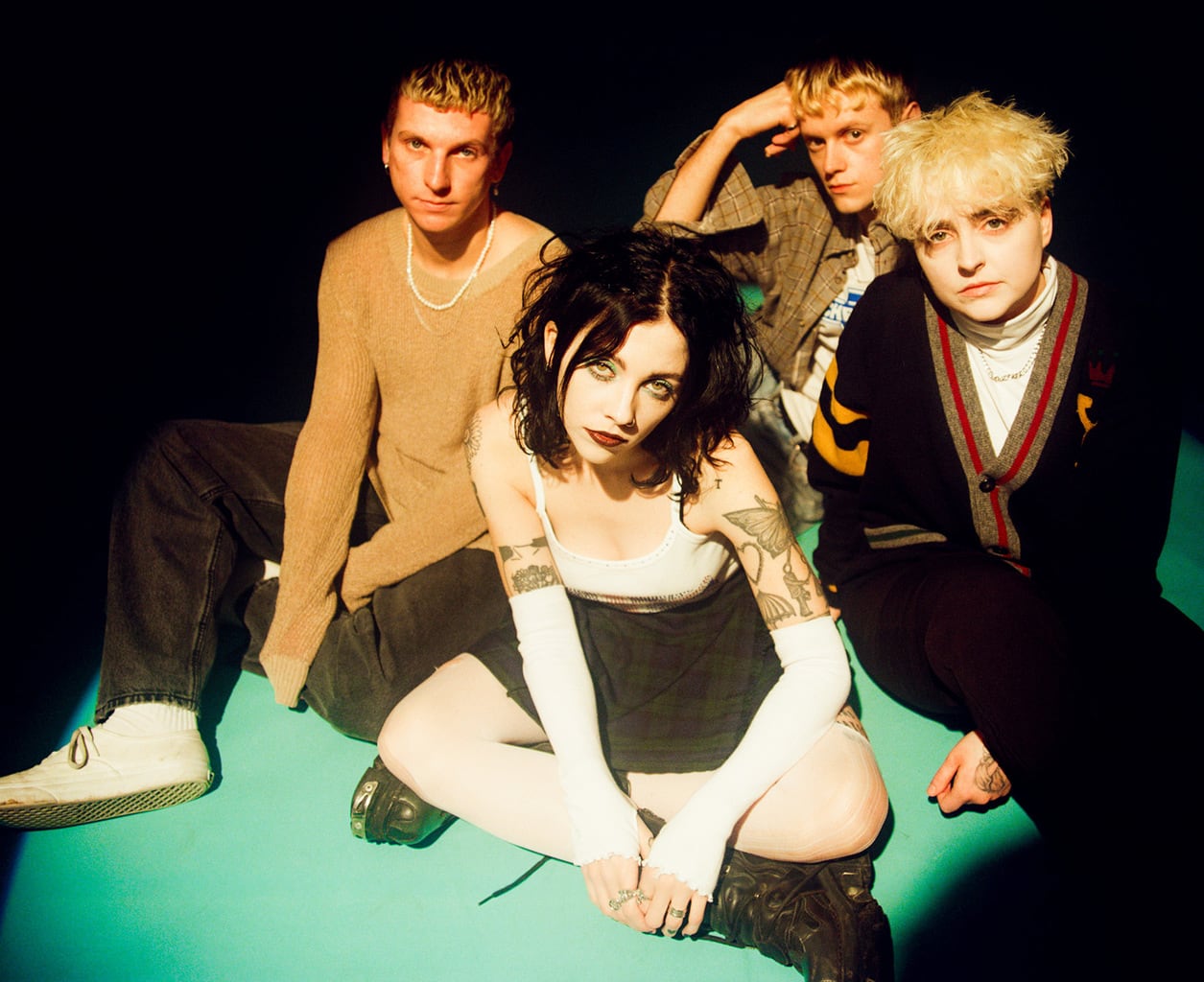 PALE WAVES kick-off 2021 with new single EASY, premiered on BBC Radio One as Annie Mac’s Hottest Record in the World, and the third track to be taken from the band’s forthcoming second album WHO AM I? set for release on 12 February via Dirty Hit.

“a song about how love can change your entire perspective on life itself. It’s saying that being in love with you is so easy, you finally make sense in my life because nothing did before”.

The video, directed by James Slater, is a gothic romantic brought to life, a Tim Burton-inspired wedding built around one of the main lines of the chorus: “You keep the lights on for me”. Heather says,

“I wore a wedding dress throughout and we shot the video in an old abandoned church. I’m really inspired by the gothic medieval aesthetic and, at the time I was thinking of the video, I was watching a lot of Tim Burton films, whose creativity really inspires me”.

EASY follows the band’s comeback single CHANGE, which received huge support from BBC Radio One, and on DSPs and in press, with The Guardian stating “Pale Waves are back with a banger”. Following CHANGE was SHE’S MY RELIGION, another deeply personal single for Heather, who wanted to represent a same-sex relationship between two women in its true form, without hiding behind the clichés of over-sexualisation or playful experimentation. The video for SHE’S MY REGION was directed by the award-winning filmmaker and photographer Jess Kohl and was filmed in the UK countryside with Heather’s real-life partner Kelsi Luck.

WHO AM I? was recorded primarily in Los Angeles alongside producer RICH COSTLY [Muse, Sigur Rós, Foo Fighters] before the Coronavirus lockdown forced the making of the album to go virtual, with Heather and Ciara remaining in LA and the rest of the band returning home to record their parts in their bedrooms.

The album acts as the Pale Waves manifesto, inspiring inclusivity, self-discovery and the notion of being whoever the hell you want to be. On the making of the album, Heather says: “For me, music and art is for people not to feel so alone and isolated; I want to be that person my fans look up to and find comfort in”.

Consisting of frontwoman HEATHER BARON-GRACIE [she/her] drummer CIARA DORAN [they/them] guitarist HUGO SILVANI [he/him) and bassist CHARLIE WOOD [he/him] Pale Waves released their debut album MY MIND MAKES NOISES in September 2018, by which time they had already won the NME Under the Radar award, made the BBC Sound of 2018 shortlist and toured with fellow Dirty Hit label mates and mentors the 1975. When the album chart at #8 in the UK, PALE WAVES were seen as more than a breakthrough act and instead one of the most important emerging indie-pop bands in Britain.

On WHO AM I? Heather Baron-Gracie’s songwriting holds the last few years of her life up to the light, reflecting on her own growing pains – depression, distraction and feelings of darkness. But also, her experience of falling in love and emerging with a clarity and optimism – being more open about her sexuality and stepping forward as the sort of frontwoman she couldn’t see when she was growing up.

WHO AM I? track listing: