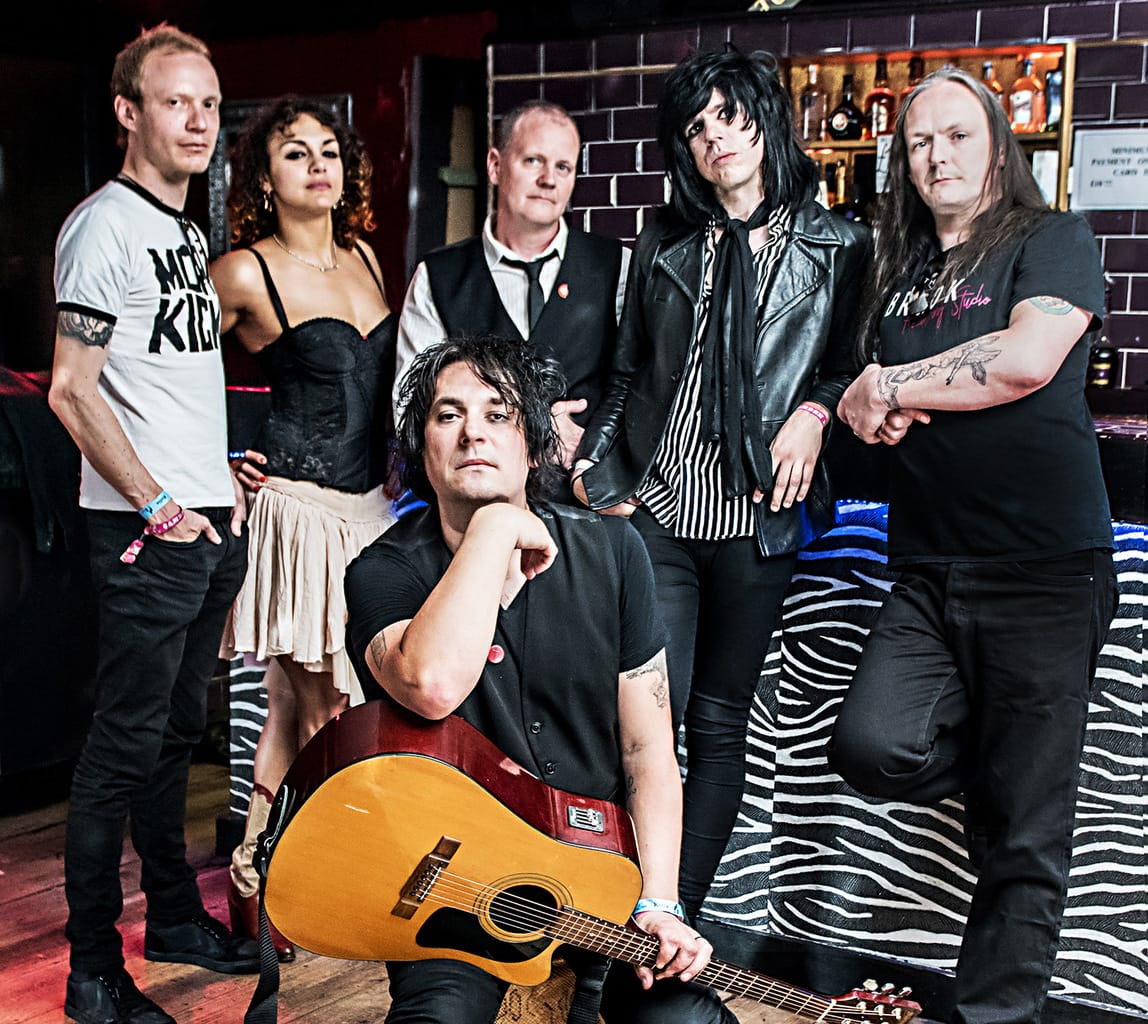 After fronting, writing and putting out three albums in three years with Role Models (the last one getting to #25 in Vive Le Rock’s Albums Of The Year and doing UK tours with Scott Sorry and Michael Monroe), Canadian born, London located songwriter Rich Ragany set out to expand his musical horizons and to find the right musicians to join him on that task. Finally settling on a line-up that includes Andy Brook (celebrated producer, SHUSH), Gaff (Glitterati, Dedwardians, Desperate Measures, Hollywood Brats), Ricky McGuire (UK SUBS, The Men They Couldn’t Hang) and Simon Maxwell (Role Models, Yo Yos), the newly realised Rich Ragany And The Digressions released their debut album ‘Like We’ll Never Make It’ in April 2019, picking up some keen support from BBC Introducing. They packed out shows in London, sharing stages with the likes of The Lemonheads, The Men They Couldn’t Hang, Whitfield Crane and Warrior Soul, then confirmed as the main support for Status Quo’s 2020 Backbone UK Tour, before the pandemic put pay to that opportunity.

With time and talent on their hands, Rich and the band used lockdown to get creative and wrote a new batch of songs. Files, ideas and banter were sent flying across the digital highway and new songs quickly began to take shape.

“Everyone did their parts at home over the bare bones ‘vocals and acoustic guitar’ demos I sent out,” explains Rich. “They would send what they had done back and forth and to our producer (and keyboardist) Andy Brook, who would then mix. The result was incredible, depth and colour with a cinematic feel. The demos themselves sounded great and inspired, so I knew we had a special album in the making. All of this really provided a way to keep us focused, it kept us in constant contact with all the banter, fun and excitement, during a time we couldn’t see each other.”

Then, in a break between lockdowns, the band headed to Andy’s studio, The Brook in Wallington (which coincidentally is where all the Role Models and the first Digressions album was recorded) and today we get to hear the first results of these sessions in new single, ‘Heartbreakers Don’t Try’.

“A pretty simple song lyrically about the fight you can have with depression”, describes Rich. “But then that great feeling of just saying “FUCK IT” and standing up and taking on the day, week or challenge. Just taking that cloud and giving it stiff little fingers and going out and gettin’ some JOY! The liberation.”

That joy shines through every moment of the songs three-minutes-and-fourteen-seconds; a gloriously upbeat, melodically addictive reverberation that radiates and beams from the speakers and soaks the listener in sheer good vibes. As we emerge from the lockdown gloom of the last few months, ‘Heartbreakers Don’t Try’ is just the tonic to lift the spirits high and think onto better times, with a chorus that warms the heart, highlighting the gorgeous vocal harmonies between Rich and guitarist Kit Swing.

The video perfectly conveys the mood of the song, using two puppets to bring the melody to life, beautifully emoting the feeling in the song, but bringing both humour and joy to the heartbreak.

“The puppets to a fantastic job of raising your spirits, and they are really feeling those lyrics,” laughs Rich. “We love bands like The Faces who are great at juggling beautiful music, but also letting their humour show. It’s in the spirit of that.”

There is much more to come. The new album will be with us by early summer, but until then, “The stars call me home. But I lose the race, in the streetlight’s embrace… what can I do?”.

Rich Ragany And The Digressions are:

Rich Ragany And The Digressions online at: