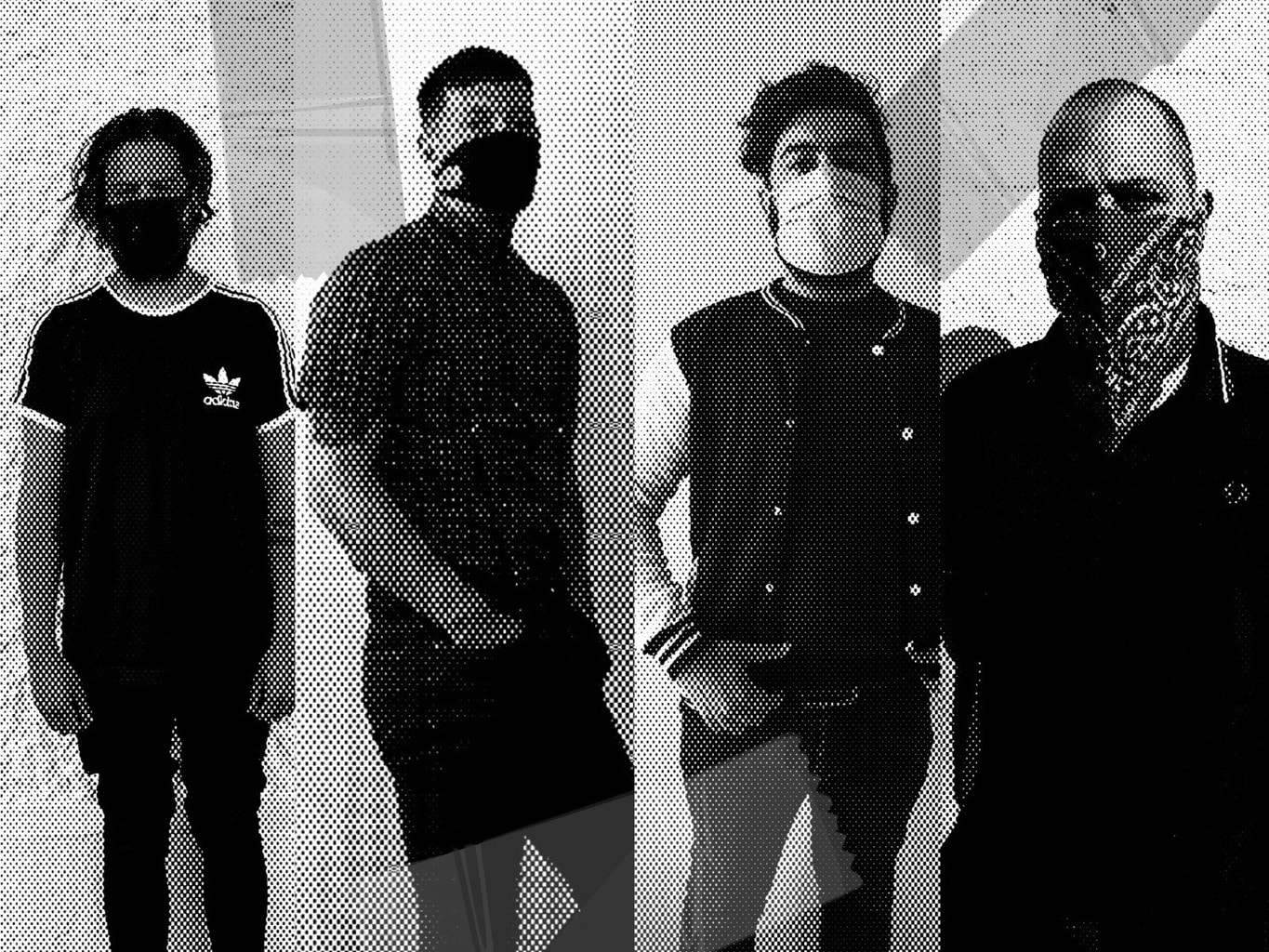 Screaming from the lockdown, even pandemic protecting masks cannot muffle the anger and bile spilling from eclectic Kent punks Riskee and The Ridicule and their new single ‘Blue Jacket’.

Referring to the constraints that leaving the EU poses, ‘Blue Jacket’ pokes fun at the ‘Brexit means Brexit at any cost’ ethos. It’s humorous, lyrically dark, yet musically happy. That offset makes for a stark contrast between the disappointment and anger in the words and the optimism in the music.

“We hate Brexit,” states frontman Scott Picking. “Musically It’s most likely going to cripple UK DIY touring bands on the mainland. Not only that, but with the way the world is so affected right now by COVID-19, we need unity more than ever. Nobody had a clue what they were voting for and people are still none the wiser and all divided.”

2019 was an amazing year for the band and saw the highly anticipated release of their third album ‘Body Bag Your Scene’ well received by both fans and critics alike, with their sets at Rebellion and Boomtown proving to be real highlights of 2019

Body Bag Your Scene was written and recorded at breakneck speed, a reflection of its reactionary nature to the daily uncertainty projected upon us. Taking aim at the powers that be (“Our Time”), sexual exploitation (“Sex”) and the barrage of contradictory news (“Black, White & Grey”) it’s a record that holds a mirror to the world with simultaneously acerbic and humorous analysis.

Growing up in Kent, Riskee and The Ridicule have always been a staple of the UK DIY scene, but their fervent attitude and unique “Grime-Punk” rallied troops of dedicated fans across the world. Musically, the band meld their genre-spanning influences with their intent to challenge preconceptions. On the surface they may appear easy to read, when in fact Scott Picking (Vocals), Jimbo Aglony (Guitars, Vocals), Jordan Mann (Guitars, Vocals) and Matt Verrell (Drums, Vocals) are a gang of progressive punks who form a powerhouse of change. Full of fierce energy, the Kent quartet have motives resting among The Clash with relentless streams of wit, literacy, and observational accuracy akin to The Smiths and a background in the UK Grime scene.

There is much more to come. You can be sure that Riskee and The Ridicule will be back onstage as soon as the world allows.

In this article:DIY, new single, New video, punk poet, Riskee and the Ridicule