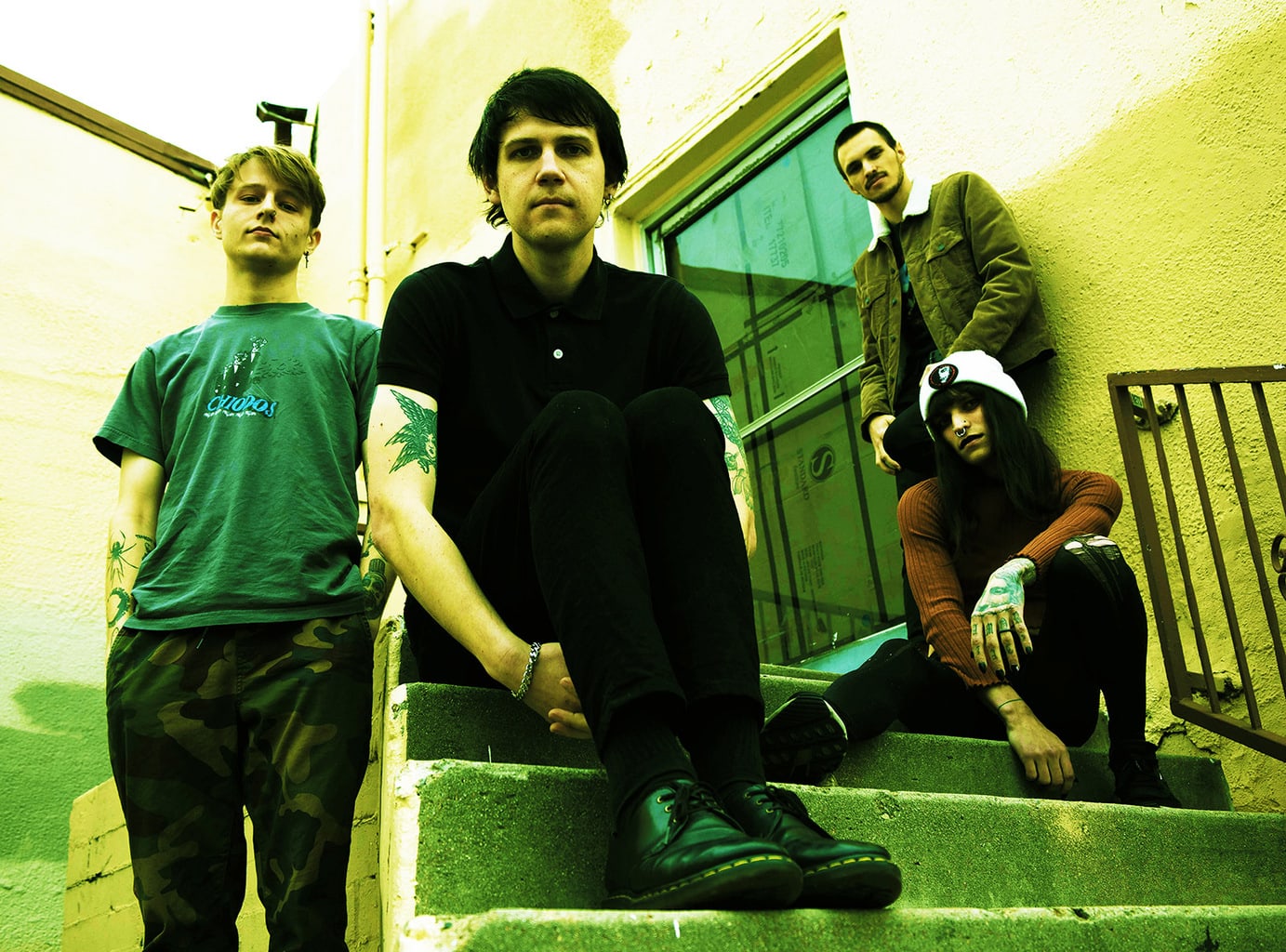 Following its premiere on Revolver Magazine, self-proclaimed “sasscore” band SeeYouSpaceCowboy has shared a new single ‘Painting A Clear Picture From A Unreliable Narrator’ ahead of their forthcoming split with post-hardcore act If I Die First. A Sure Disaster is set to be released on 14th May via Pure Noise Records and features recent singles “bloodstainedyes” (SYSC x IIDF) and ‘My Nightmares Would Do Numbers As Horror Movies’ (IIDF). For more information or to pre-order the split, please visit: https://smarturl.it/sysc.

“We are really excited to share this track because I think it serves as a good sample for how we have been approaching music for SYSC for the future,” shares vocalist Connie Sgarbossa. “Over quarantine we spent a lot of time writing and discussing what we wanted to do moving forward and we came to the conclusion we wanted to create something that was distinctly us again.”

“So we explored combining the old elements that we identified most with us back in the day, the sass and hectic weird nature and played around with pairing that with more melody and emotion and I think this track is indicative of that evolution of us as a band as well as reclaiming our identity.”

Combining the MySpace-era grind sound they loved as teenagers with more modern takes on the heavy music genre, the California-based SeeYouSpaceCowboy formed in October 2016 as a self-described “indulgence project” — but have since risen to become one of the most exciting bands in the underground scene’s new wave.

They’ve done so not only through a devastatingly heavy and dextrous hardcore sound, but also razor-sharp lyricism at the hands of front-woman Connie Sgarbossa. The satirical, tongue-in-cheek and highly political writing of the band’s early material earned them the genre tag sasscore, but Sgarbossa bares her soul more explicitly than ever on SeeYouSpaceCowboy’s latest album, The Correlation Between Entrance And Exit Wounds.

The Correlation Between Entrance And Exit Wounds is ultimately the most honest, introspective SeeYouSpaceCowboy music yet: a heartbreaking look at coping with tragedy, as well as the resolve and strength needed to push past sorrow. It gives SeeYouSpaceCowboy an added layer of humanity in an otherwise outwardly hostile genre and marks immense leaps in both musical and personal growth.

A Sure Disaster Tracklisting:

1. A Clear Picture from an Unreliable Narrator – SeeYouSpaceCowboy

2. Modernizing the Myth of Sisyphus – SeeYouSpaceCowboy

4. Mirror, Mirror This Is Nothing Like You Promised – If I Die First

5. My Nightmares Would Do Numbers As Horror Movies – If I Die First

In this article:A Sure Disaster, If I Die First, Painting A Clear Picture From A Unreliable Narrator, sasscore, SeeYouSpaceCowboy