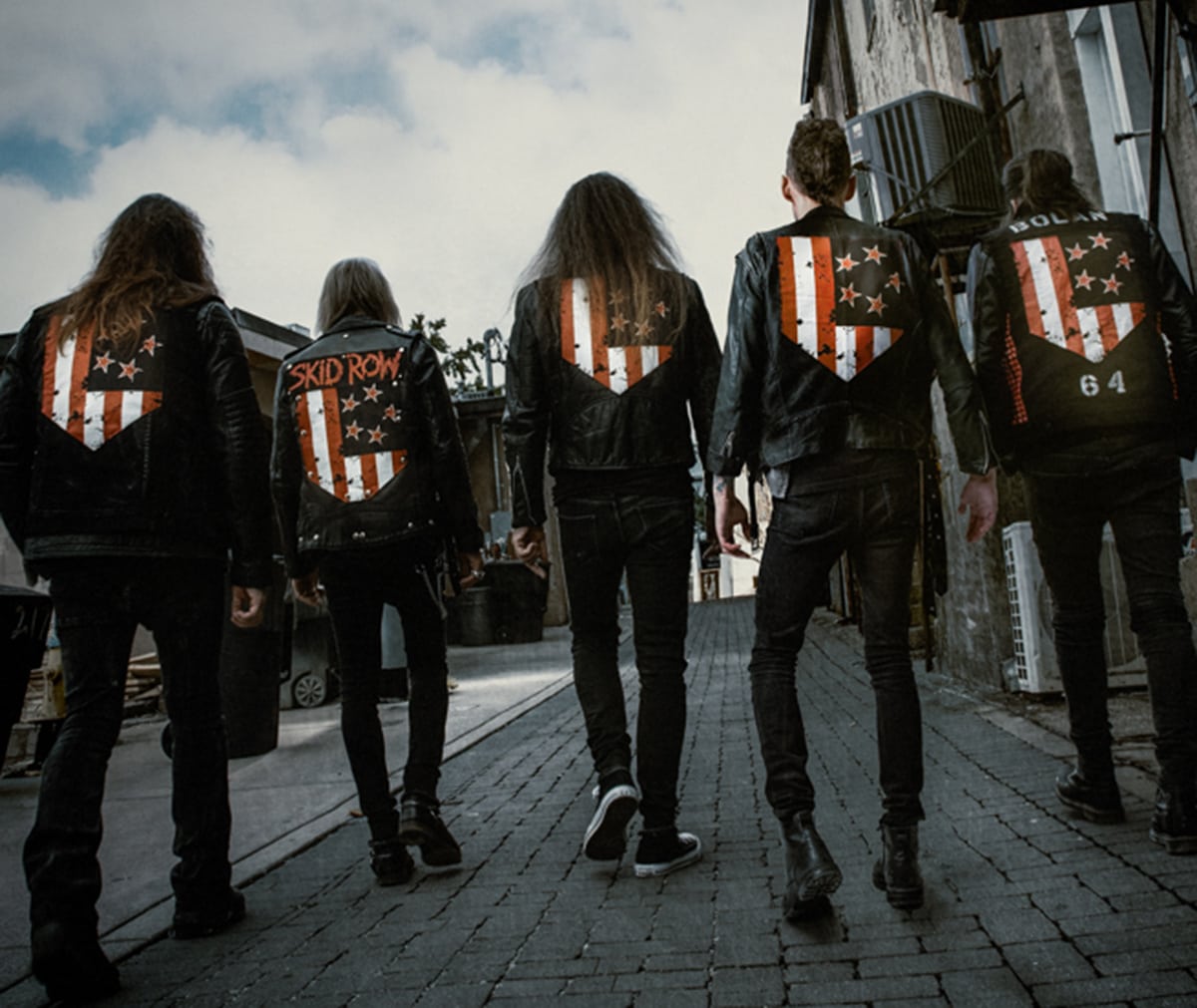 UK/EUROPEAN TOUR TO BE ANNOUNCED NEXT MONDAY

Skid Row and earMUSIC join forces to announce the release of the mightily anticipated new studio album The Gang’s All Here on October 14th, 2022. This announcement coincides with the launch of the iconic hard rock band’s Las Vegas Residency (as the Scorpions’ special guests) this Saturday, as well as the debut of their brand-new single, the title track ‘The Gang’s All Here’.

‘The Gang’s All Here’ is an oath of triumph, exploding with a powerful energy that makes us hungry for more. It is the logical next-generation leap of the band’s trademark sound that stomps out new ground – with singer Erik Grönwall (formerly of H.E.A.T, one of the best frontmen of this or any hard rock era) joining the family.

“We are beyond excited to release this record. It has been a long time in the making and a lot of hard work has been put into it by the band and our producer Nick Raskulinecz. And the addition of Erik has lifted the songs to new heights. Add all this to the fact that we start our world tour in Las Vegas with the Scorpions residency this Saturday at Zappos Theater makes it easy to say that Skid Row is going to have a great year.” – Rachel Bolan and Snake Sabo

Skid Row, the New Jersey kids with punk and metal attitude, were determined to conquer the world and quickly became a household name, releasing some of the biggest and most successful hard rock albums of the 80s and 90s. Back when MTV was everything, the multi-platinum act crashed TV and radio worldwide with hits like ‘18 and Life’ and ‘Youth Gone Wild’, peaking at #1 on the US Billboard charts with their second album Slave To The Grind.

Skid Row will announce their upcoming Europe and UK tour dates next Monday, March 28. Updates can be found here: https://www.skidrow.com/tour. Come and join the gang live!

The Gang’s All Here – tracklisting: