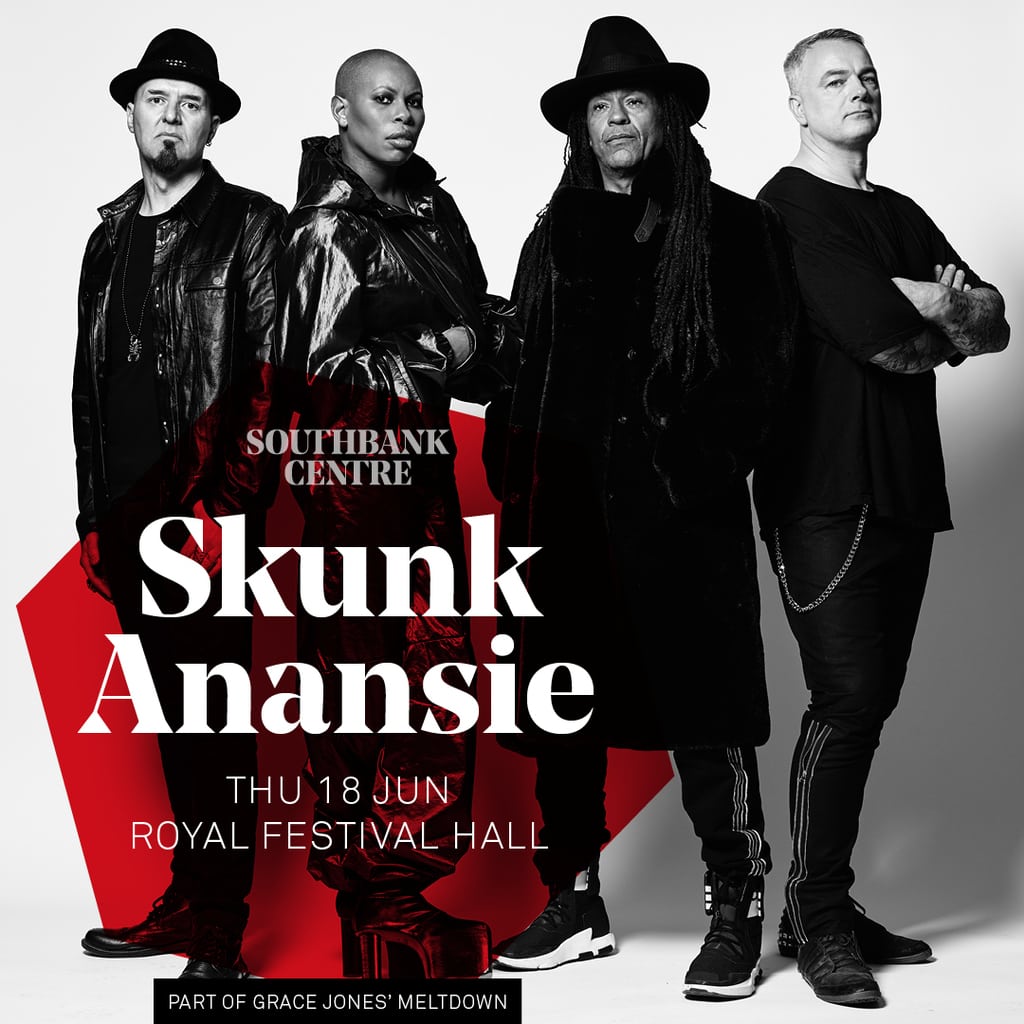 Skunk Anansie have shared the video for their powerful new single ‘This Means War’, which features live footage of the iconic rock group on stage at Pol’and’Rock festival last year where they headlined to a huge crowd of over 850,000 fans. The track is a super-charged, rallying anthem with vocal powerhouse Skin’s fiery and provocative lyrics commanding you to sit up and listen.

The video premiered exclusively with Kerrang where Skin explained, “We wrote this track just before we went on tour last summer, it totally stood out as a fan favourite and never left the setlist. So we’re really happy to release a finished version produced by the magnificent Tom Dalgety. Enjoy!”

It follows last year’s single ‘What You Do For Love’, which was the band’s first instalment of new music in three years and garnered airplay on BBC Radio 2. Both tracks will be made available as a limited run ‘collector’s edition’ double A-side vinyl 7” in April, with pre-orders available via https://skunkanansie.tmstor.es/

Skunk Anansie are also thrilled to have been announced as part of this year’s Meltdown Festival, on London’s South Bank, which has been curated by music, film and fashion icon Grace Jones. They will be playing at the Royal Festival Hall on Thursday 18th June. Southbank Centre members can get access to tickets from Wednesday 12th February and general sale starts Friday 14th February at https://bit.ly/2OymurY

The news comes hot on the heels of their 2020 UK headline tour being announced, which sees them playing venues across the UK throughout the year. Tickets for Skunk Anansie’s headline tour are available at www.gigsandtours.com and www.ticketmaster.co.uk

The last 25 years have seen Skunk Anansie internationally acclaimed as one of the greatest British rock bands of all time. They were presented with the Hall of Fame Award at the 2019 Kerrang Awards while Skin herself has become one of the world’s most iconic female performers, as well as inspirational role model, activist, trailblazer for women in the music industry, model and muse for designers. It’s no surprise that she picked up the Inspirational Artist Award at the Music Week Awards in 2018.

Skin recently stunned audiences with incredible renditions of ‘Ave Maria’, Madonna’s ‘Like A Virgin’, Stormzy’s ‘Blinded By Your Grace’ and Celine Dion’s ‘My Heart Will Go On’, whilst dressed as the hilarious Duck on ITV’s smash hit show ‘The Masked Singer’, and has just revealed that she will be reflecting on her incredible journey in her very first memoir co-written by respected journalist and friend Lucy O’Brien.

It promises an alternative narrative to the male dominated, predominantly white Britpop era and will chart Skin’s unique story from her working class Brixton roots to the Glastonbury and international stage. The book is due for publication in September 2020 with Simon and Schuster and available to pre-order now.

“Visually and musically they appeared as fresh and unique as they have ever been… judging from this performance there is still much more to come from Skunk Anansie.”
Louder Than War