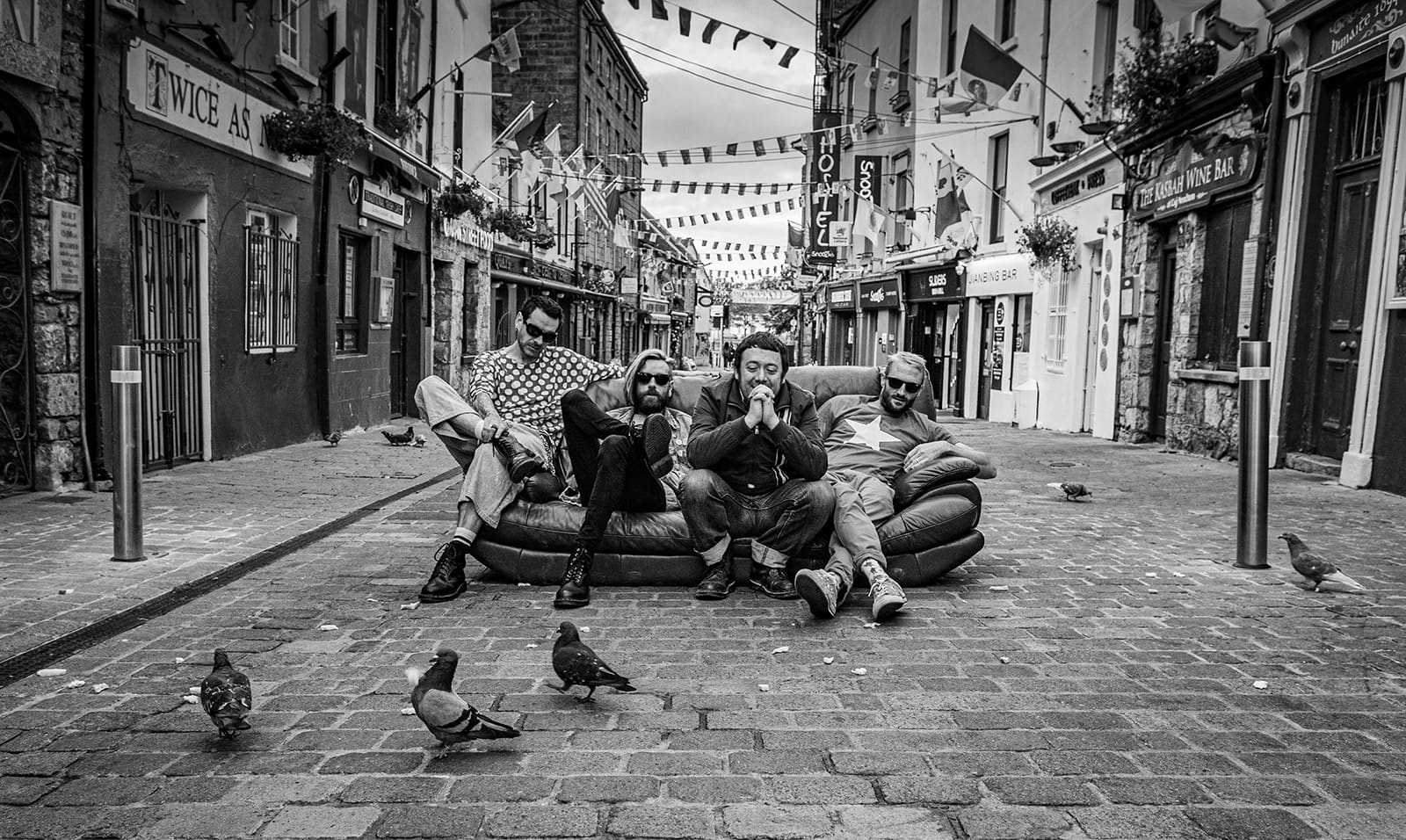 “When we first started we were a bunch of codependent messes”

Slyrydes are a four piece band from Galway city, Co Galway Ireland. They released their first five singles from March 2019 to March 2020 (Mental Health, Point of view, Out Patience, Dangerous Animals & I Claim to be Intelligent) These singles gained a great deal of critical acclaim nationwide and in the UK. Paul McLoone (Today fm/ The Undertones) has championed the band since the first single “Mental Health”

“As a band everything around Mental Health generally was a binding force for us.

When we first started we were a bunch of codependent messes. As our band developed over the years we have been through so much in our own personal ways and as a group.

It’s brought us so close as a band. We’ve really grown as people together. It’s something we are very serious about. It’s also something we need to write about.

When you see pictures of missing people it’s a harrowing jolt. Especially when you’ve known them to see. When you’ve personally been at the very edge there is a palpable sense of connection.

I think that’s mainly what this song ’Boy in the Debs Suit’ Is about. ’We were in the same place’ is a line that really hits home.

We don’t actively TRY to write sad songs. It’s just a subject we feel strongly about.

The mental health services in Ireland need a lot of work.Sometimes people feel like they are shouting into the void”.

All of Slyrydes releases have been engineered and produced by Dan Doherty in Darklands Dublin.

In 2020, against many odds, Slyrydes managed to record their Debut album. “We managed to get into Dan in Darklands in between lockdowns in September 2020. I think it was a mixture of luck and sheer determination”

‘Boy in the Debs Suit’ is one of the songs on their debut. “We definitely didn’t write the same song 12 times. Which made it so difficult to pick a new single. “We cannot wait to share this album with the world”

Slyrydes debut will be available on 12” and is set for release in 2021.